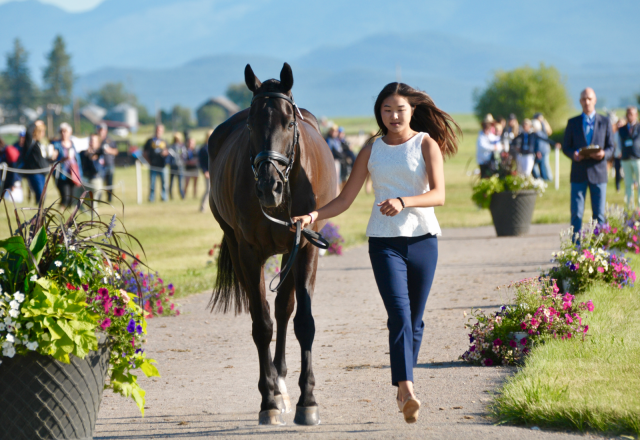 Whether or not she realizes it, Lisa Takada has left a trail of positive impact wherever she goes. A friend, student, rider, and an accidental role model – you could find many ways in which to emulate her. After competing through the Intermediate level with her Holsteiner gelding, Wishbone, Lisa packed up and moved from her home in California to the East coast, where she now works as a member of Tim Bourke’s team. Along with Wishbone and her younger horse, Monbeg Libertine, Lisa hopes to continue pursuing her riding dreams but has also learned the importance of self-acceptance – and she’s embracing her rich identity more and more each day.

Like many minority riders in a predominantly white sport, Lisa says she spent a long time downplaying the Japanese side of herself. It’s something many riders of color will do, a way to feel more like we fit in rather than standing out awkwardly.

“I went to a majority white K through 12 school,” she explains. “So I do think that had a big impact on how I viewed myself and how I viewed others.” At home, Lisa’s parents would primarily speak in Japanese, and for all intents and purposes the household was where she felt the most comfortable in her identity, surrounded by family. But then at school, Lisa minimized her Asian roots. “I wanted to hide the fact that I was different and I usually never considered the fact that I was Asian.”

And once she did acknowledge the Asian part of her identity, it was often through self-deprecating jokes. What many may not realize is that minority riders who self-deprecate using racial undertones often feel uncomfortable in their own skin, causing them to use this humor as a defense — an alternative to feeling “different.”

No doubt, most riders of color reading this can relate to Lisa’s sentiments on at least some level. I, too, can clearly recall instances in which I all but denied my Korean ethnicity, anxious to just fit in and feel accepted rather than acknowledging (and embracing) my uniqueness. That denial is compounded when participating in an activity in which there are not many others around you who look the same way. Lisa echoes this, recalling horse shows and barns at which she or her sister, Eri, would be the only riders who weren’t white.

In many senses, it was simply easier to shrug off these differences. After all, most within the sport are welcoming and communal. It wouldn’t be until later that Lisa would realize the impact her presence could have on riders who hadn’t yet started eventing.

Later into her high school years and then in college, Lisa slowly began to fully accept embrace herself for who she was. “You shouldn’t have to hide your physical identity,” she says. And once she began to lower her own internal barriers, something new became more apparent: perhaps there was an opportunity here to be a role model. 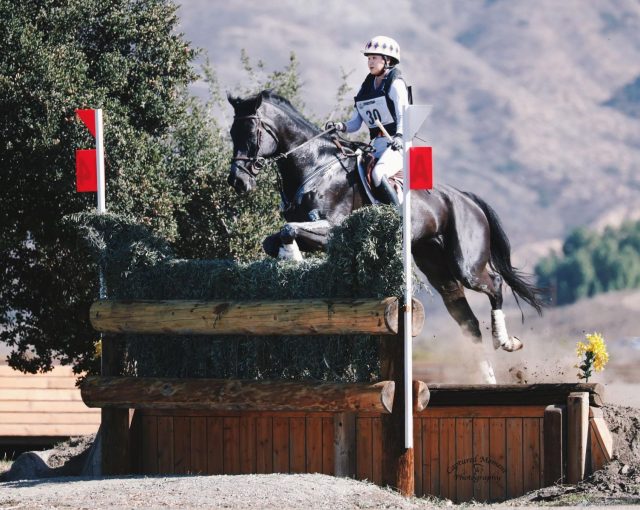 One particular instance still stands out in Lisa’s mind, a moment in which she realized that there were other riders out there who saw her as more than “just” an equestrian.

Lisa signed up to work at a summer camp two years ago at a barn she was unfamiliar with. She recalls a young Asian girl of about 14 who would look at her curiously during the first few days of camp, as if she knew who Lisa was. “When she finally talked to me, she told me she knew who I was and that she looked up to me,” Lisa says. “I was so taken aback. She told me I was one of the only Asian eventers she knew. Honestly, I had never considered that my presence did anything for anyone else. That has stuck with me ever since.”

Often the role models we choose aren’t those who are splashing in the headlines or otherwise famous for their success. Often, it’s those who feel the most familiar to us that we tend to elevate. I remember Michelle Kwan, the Chinese figure skating champion who was my very first idol. I gravitated to her because she looked like me, when not many others did.

When I first moved to California, I stumbled across Lisa’s Instagram page. As I scrolled through it, I felt a world of emotions stirring up. Here was a real Asian eventer. I hungrily devoured her page just as I had when I first heard of Thai Olympic eventer Nina Ligon. Surely, there are other Asian riders who have felt the same emotions when they see another rider, finally, who looks like them. 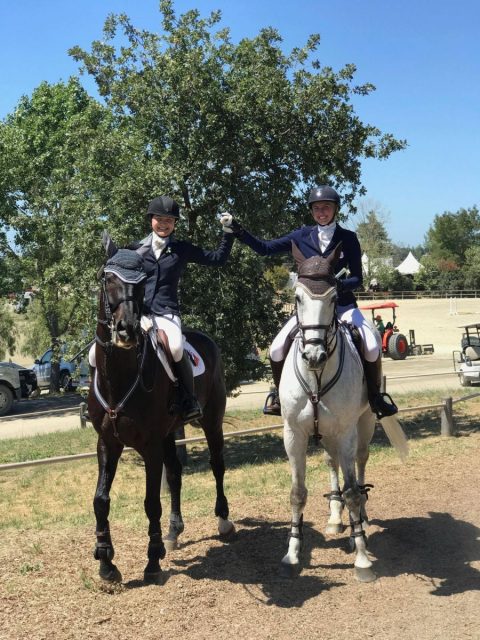 It’s these accidental role models who can have the largest, longest lasting impact. And it goes beyond matters of representation; Lisa has left a trail of positive impact wherever she goes. Even when faced with setbacks along the road in her own riding career, Lisa maintained a steadfast sense of gratitude and faith in her friends, ready to drop everything at a moment’s notice to step up for them.

In November of 2018, one of Lisa’s closest friends, Kelsey Holmes, saw her family home and farm in Malibu, California, destroyed by the raging Woolsey Fire. While Kelsey’s parents were able to evacuate, along with the family’s horses, their home and all the memories it contained was lost forever. Among the memories lost were Kelsey’s ribbon and medals earned at the FEI North American Youth Championships in 2016, an achievement Kelsey says is among her most treasured.

Not one to let her friend’s important memories sit in the ashes, Lisa sprung into action. Without Kelsey’s knowledge, Lisa had new medals created and obtained a new ribbon to go with them. It was a sweet yet unsurprising gesture of friendship — Lisa has always been known as a steadfast friend who goes out of her way to make others feel loved.

“Lisa and I met when I was 12 years old, and 10 years later we still talk everyday,” Kelsey says. “She is a constant reminder to me of the type of person that shows up in your life to make your days brighter and better — whether she knows it or not. She has been my rock not only when I have experienced tragedy in my life, but also has been there to be my biggest cheerleader. I am so lucky to call her a best friend and I know that everyone that knows her loves and appreciates her the same way I do.”

Auburn Excell Brady, Lisa’s longtime coach in California, echoes these sentiments. “I have coached Lisa since she was very young and what has impressed me the most is her resilience and commitment to eventing,” she said. “I am super proud of her and all her accomplishments.”

Lisa can always be found at a local event, always with a smile and an encouraging word to contribute. She’s also a dedicated, competitive rider who relocated to the East coast to work for Tim Bourke in an effort to learn and improve as much as she could. In all, she’s a person we can all emulate.

And when it comes to opportunity and representation, Lisa’s story drives home a recurring point: every identity deserves to be represented within our sport. After all, it isn’t only me and a 14-year-old rider who stumbled upon Lisa and felt more inspired as a result. The more we can elevate these riders and tell their stories, the more we can make others feel that maybe, just maybe, these crazy dreams of ours are possible.