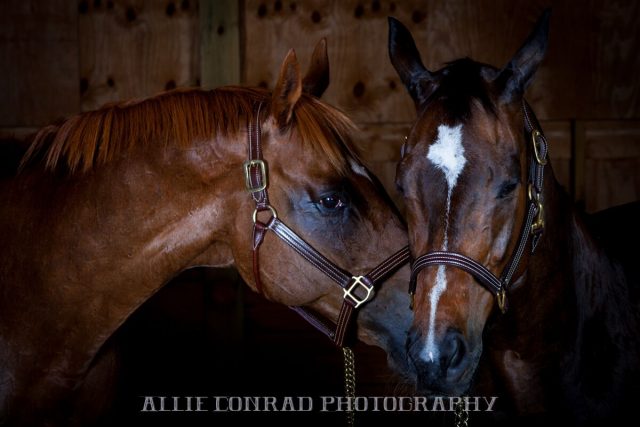 Back together again: John Williams’ 2004 Olympic partner Carrick enjoying retirement with Sloopy, pictured here in 2015. Carrick passed away in 2017 at age 25; Sloopy joins him now, having passed last week at age 28. Photo by Allie Conrad.

Our condolences to those whose lives were touched by Sloopy, the OTTB best known as John Williams’ five-star partner, who also went on to partner successfully with Lizzie Snow and enjoyed a happy retirement with Ellen Chaney. He passed away on Friday at age 28.

“Goodbye to my little Thoroughbred with the biggest heart. A big heart that had him racing, and winning, for three years, then finding a new path as an event horse. A heart that powered his spooky self over the biggest cross country courses in the world with only a single run-out at his very first Prelim. Burghley and Kentucky twice, as well as Fair Hill and Foxhall where he won the Fitness Awards, all with a big heart with a big leaky valve discovered when he was 8 years old. Long formats, short formats, he could do them all. A heart that finally gave out suddenly, and hopefully painlessly, on a beautiful May morning in his paddock. I am grateful that he was happy, healthy, beautiful and full of cookies to the very last moment. I will miss him terribly, but so happy to have shared so very many years with him. Carrick is in charge of him now. xoxo Super.”

Always overshadowed by Carrick, who served as the selectors’ first choice when it came time to choose horses for teams, Sloopy quietly accumulated solid placings with John at major events like Kentucky and Burghley during his career, earning himself the 19th spot on the USEA’s most recent High Scoring Horses list. While he never truly stood alone in the spotlight, Sloopy made a name for himself in his own right, serving as a textbook example of just how suited an off-track Thoroughbred can be to a second career in eventing. 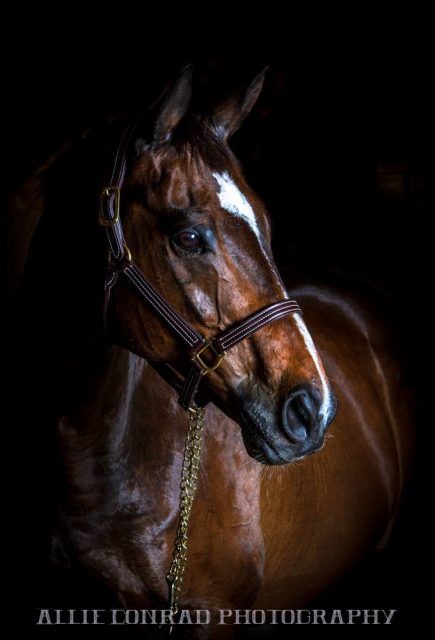 Allie Conrad, a talented photographer and dedicated OTTB advocate, said after the photo session: “I had the honor of photographing two legends yesterday, and it was honestly standing in the light of greatness. This face galloped over countless long-format [five]-stars after having a racing career. He was a character and a half! Demanding of attention and loved the camera.” Photo by Allie Conrad.

Sloopy raced 43 times under the Jockey Club name Sloopy’s David (Two Davids X Nearly Sloopy, by Military Bearing), accumulating eight wins and more than $50,000 in earnings. John and Ellen purchased him in 1999 in partnership with Bob Boeckman and Mary Delton as a 7-year-old from Jan Byyny, who had him for several months after he came off the track in Tampa Bay. “John clicked with him as soon as he met him,” Ellen recalled in an EN interview some years ago. “I was not as sure about him at the start, but John was. I don’t think Sloopy would ever have done what he did without John. They just had such an incredible partnership. Sloopy would do anything for him.”

Just one year after John and Sloopy began their partnership, Sloopy stumbled in the Intermediate water complex at Stuart Horse Trials in 2000. “He went down and completely removed the front of his knee,” Ellen said. “It was like someone took an ice cream scoop out of the flesh down to the bone. I remember thinking when I saw the injury that he was not going to survive, and if he did, he would certainly never compete again.” But Sloopy recovered beautifully from what appeared to be a career-ending injury, coming back mere months later to win the Camino Real CCI2*. 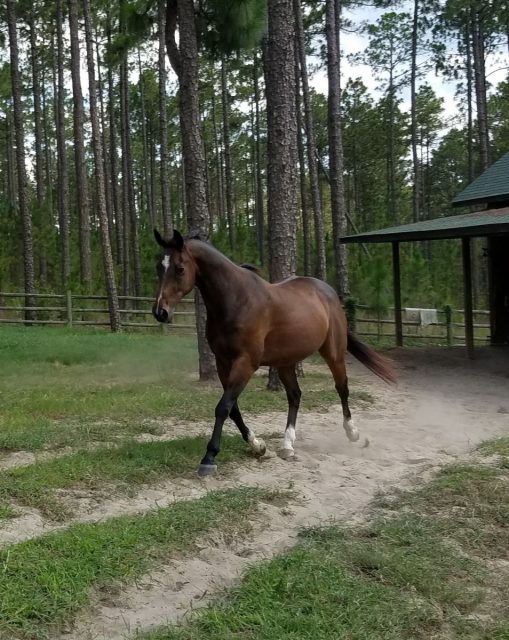 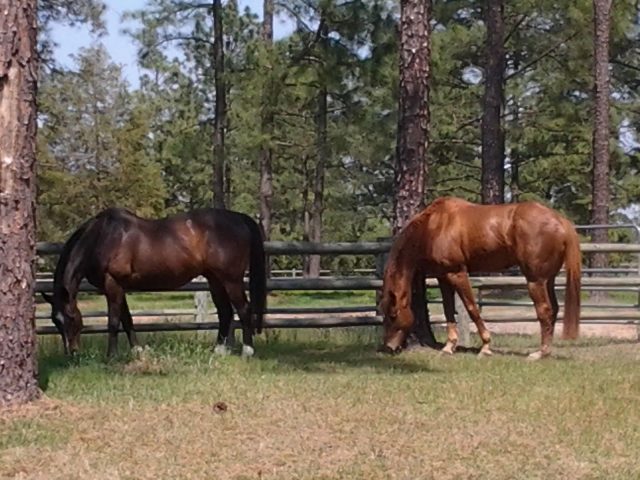 Sloopy and Carrick having a graze. Photo courtesy of Ellen Chaney.

Sloopy continued to persevere through the knee injury, piloting John to 18th-place finishes at Burghley in both 2003 and 2004, as well as a 10th-place finish at Kentucky in 2006. The injury ultimately triggered arthritic changes in Sloopy’s knee, and he underwent surgery after Fair Hill in 2007 to remove bone chips. “The surgeon said we might have a pasture sound horse after that if we were lucky, but he couldn’t promise anything else,” Ellen said. In typical Sloopy fashion, he rallied back to compete again, this time with Lizzie Snow in the irons for her first Intermediate at Lumber River Horse Trials in 2008, which they won. The pair went on to finish 4th at Young Riders in 2009, and Lizzie kept continuing up the levels, jumping clear with time around Kentucky with another Thoroughbred, Coal Creek, in 2015. 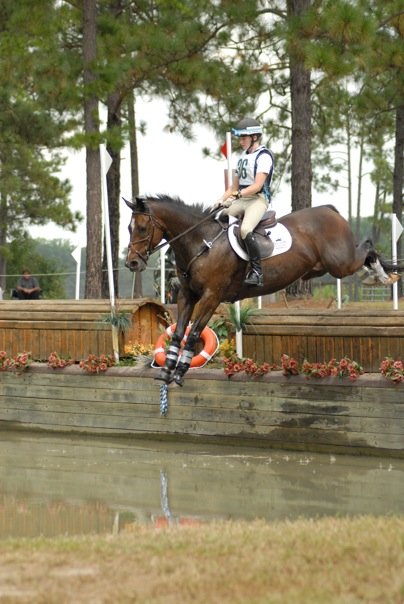 Sloopy concluded his eventing career one year later, going out on a high note with a win at Five Points Horse Trials with Lizzie in the fall of 2009. In his retirement he lived the good life in Southern Pines, getting “fat and happy” and becoming “absolutely feral,” as Ellen fondly described him. “He has little interest in doing anything civilized.” But after all he accomplished, Sloopy deserved a grand retirement. “The number of [four- and five-stars] he did — many of them long format — was impressive,” Ellen said. “He also won Best Conditioned at Fair Hill and Foxhall, all with a heart murmur. He never quit trying even in awful conditions, which is probably a Thoroughbred trait.”