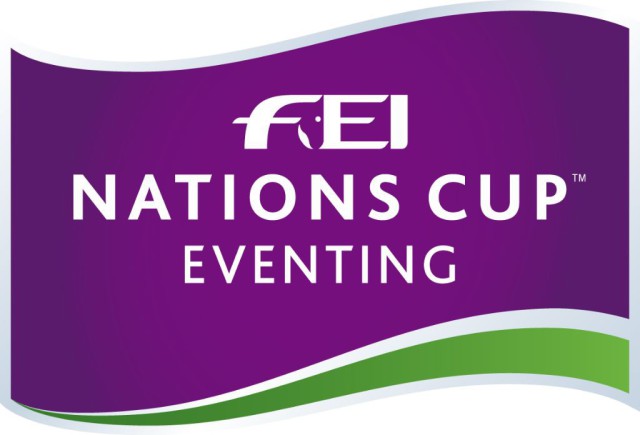 Unsurprisingly, nobody today — the second of three days of Houghton CICO3* dressage — could catch Gemma Tattersall and Chico Bella P‘s formidable dressage score of 32.7 from yesterday.

To put that number in context, the dressage winners at the Fontainebleau CICO3* in March, Michael Jung and fischerRocana FST, “only” scored a 34.7. The mare later gave away the win to her stablemate, La Biosthetique Sam FWB, who collected just a couple fewer cross country time penalties, and finished a “disappointing” second. Try harder next time, Rocana!

Clearly, Gemma had the test of her life yesterday (we’re eagerly awaiting a video to pop up on YouTube), which speaks volumes about the test delivered today by Team USA’s own Liz Halliday-Sharp and Fernhill by Night. With three quarters of the 100 dressage rides in their massive division completed, they currently sit in second on a score of 38.9.

Liz and “Blackie,” a 13-year-old Irish Sport Horse owned by Deborah Halliday, are no strangers to the tip-top of the oversized dressage leaderboards. To recall recent history they sat fourth after Rolex dressage but withdrew before cross-country, which had been the plan. This will be Blackie’s first three-star outing since Blenheim last year and we can’t wait to see them jump around this weekend.

Go Blackie! 38.9 in the Houghton CICO3* for 2nd place at the moment in a huge international section!#kickon #goodboy pic.twitter.com/3DHp26PoeF

In addition to the CICO3* Liz is competing Deniro Z in the CCI1*, where they are currently tied for 9th after dressage.

Also proud of Deniro Z for scoring a 44.7 in his first CCI1* and in a strong place ahead of xc tomorrow! #keepfighting #kickon #goodboy

The U.S.’s final Nations Cup team representatives, Tiana Coudray and Sambuca F, completed their test in the afternoon, scoring a 53.9 for 53rd place. This will be the 10-year-old grey Westphalian mare’s first start at the three-star level, her last FEI competition being a win in the Barroca d’Alva CCI2* in Portugal in March.

Tiana is currently in 34th place with her CCI2* mount, Aloha.

Katherine Coleman and Longwood trailblazed for Team USA on Thursday, scoring a 57.7 that sees them in 66th place with one day of dressage still to go.

It’s a curious format they have going here at Houghton for the Nations Cup division, likely on account of the huge 100-entry field, with dressage taking place Thursday, Friday and Saturday. The remaining 24 CICO3* horses will complete their tests tomorrow morning. 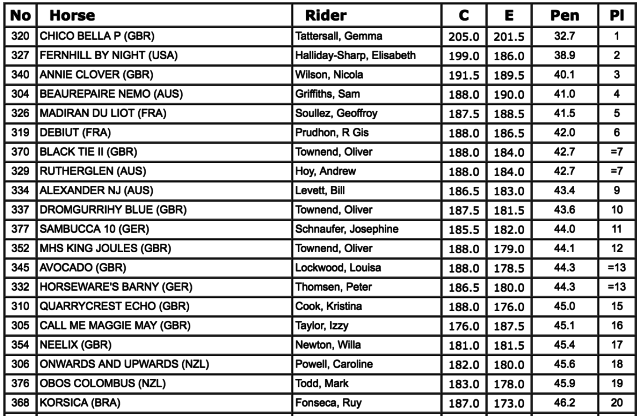