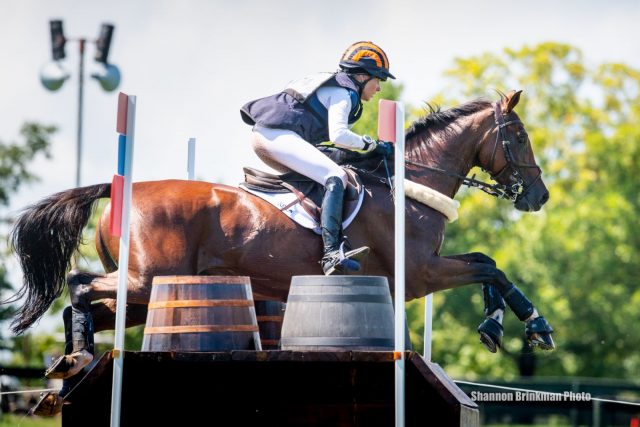 The 2020 edition of the MARS Great Meadow International CCI4*-S came down, quite literally, to the wire. The rolling hills of Northern Virginia made the clock today’s biggest competitor, and time penalties ultimately decided Liz Halliday-Sharp and Ocala Horse Properties’ Deniro Z the winners.

It was a wild ride for Liz and Deniro, a 12-year-old Dutch Warmblood (Zapatero VDL x Zonne-Trend), but if not textbook, it was every bit as efficient as it could be. Bouncing back after parting ways with Flash Cooley at the angled brush at 9b, Liz grew even more determiend with her final ride. She praised Deniro after coming through the finish flags inside the time — one of only five pairs to do so — before the dramatics continued. There was a flag in question at fence 17, the MARS Sustainability Bay final water. Here’s her ride there:

After a quick deliberation, the Ground Jury gave their stamp of approval, and Liz Halliday-Sharp won the four-star class in her Great Meadow debut on her dressage score of 24.2.

“I wasn’t totally sure if I would be able to do it because I knew how fast Will was, and when he had a rail, I thought, well, it’s on, because he’s so fast, and he had an absolutely mega cross-country round,” she told The Chronicle. “I was in the warm-up and heard he went inside the time and was like, ‘Right then. Let’s get this done.’ He’s such a wonderful horse. He just tries so hard, and we have such an amazing partnership now.” 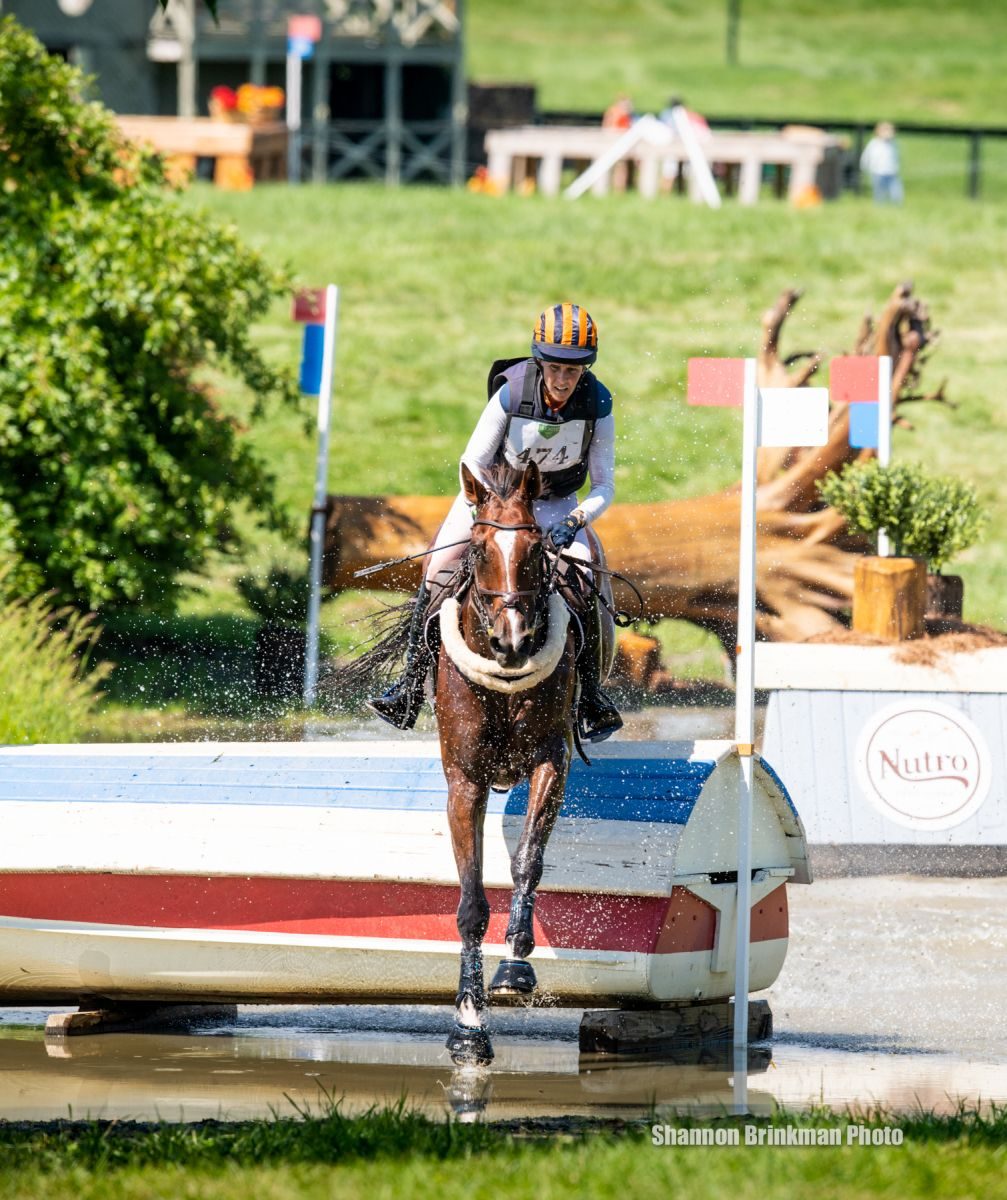 “There are still a few things that can be better. In the dressage he did a personal best which is really, really great. The show jumping was one of the best rounds I think we have ever had. And cross-country he was mega. I was maybe a little chancy in a few places and had a few sketchy ones, but for the most part it was a good round. I just really had to get the job down.” 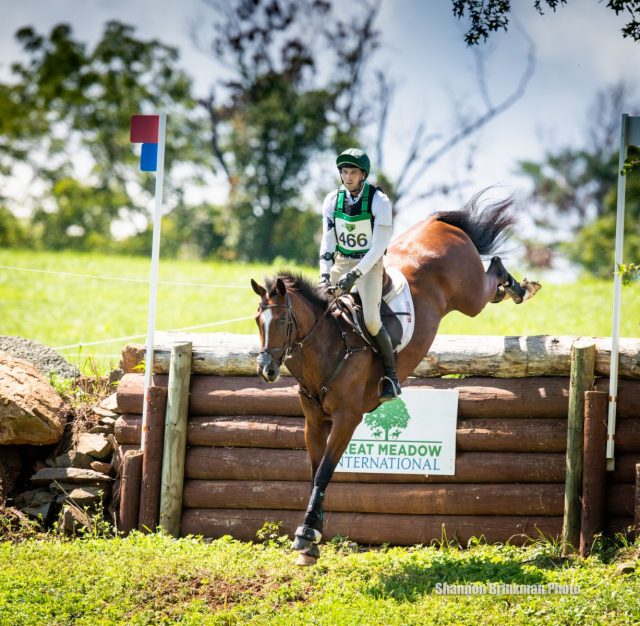 Will Coleman had a frustrating rail in yesterday’s show jumping, but he and Off The Record made up for it today with a double clear round that handed the pair a second place finish. Will and The Off The Record Syndicate’s 11-year-old Irish Sport Horse (VDL Arkansas x Drumagoland Bay, by Ard Ohio) were guns blazing around David O’Connor’s track to finish on 25.9 points. 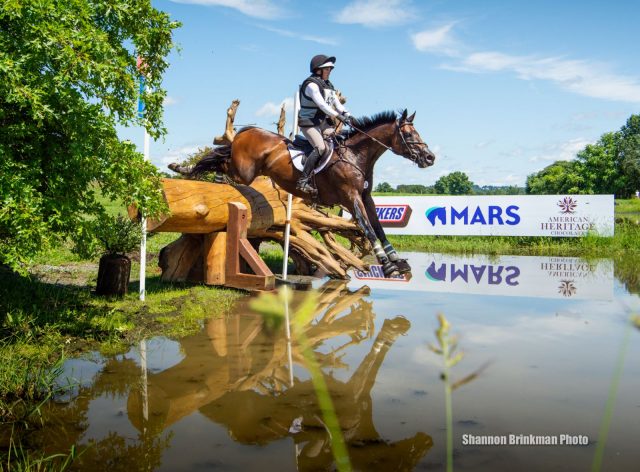 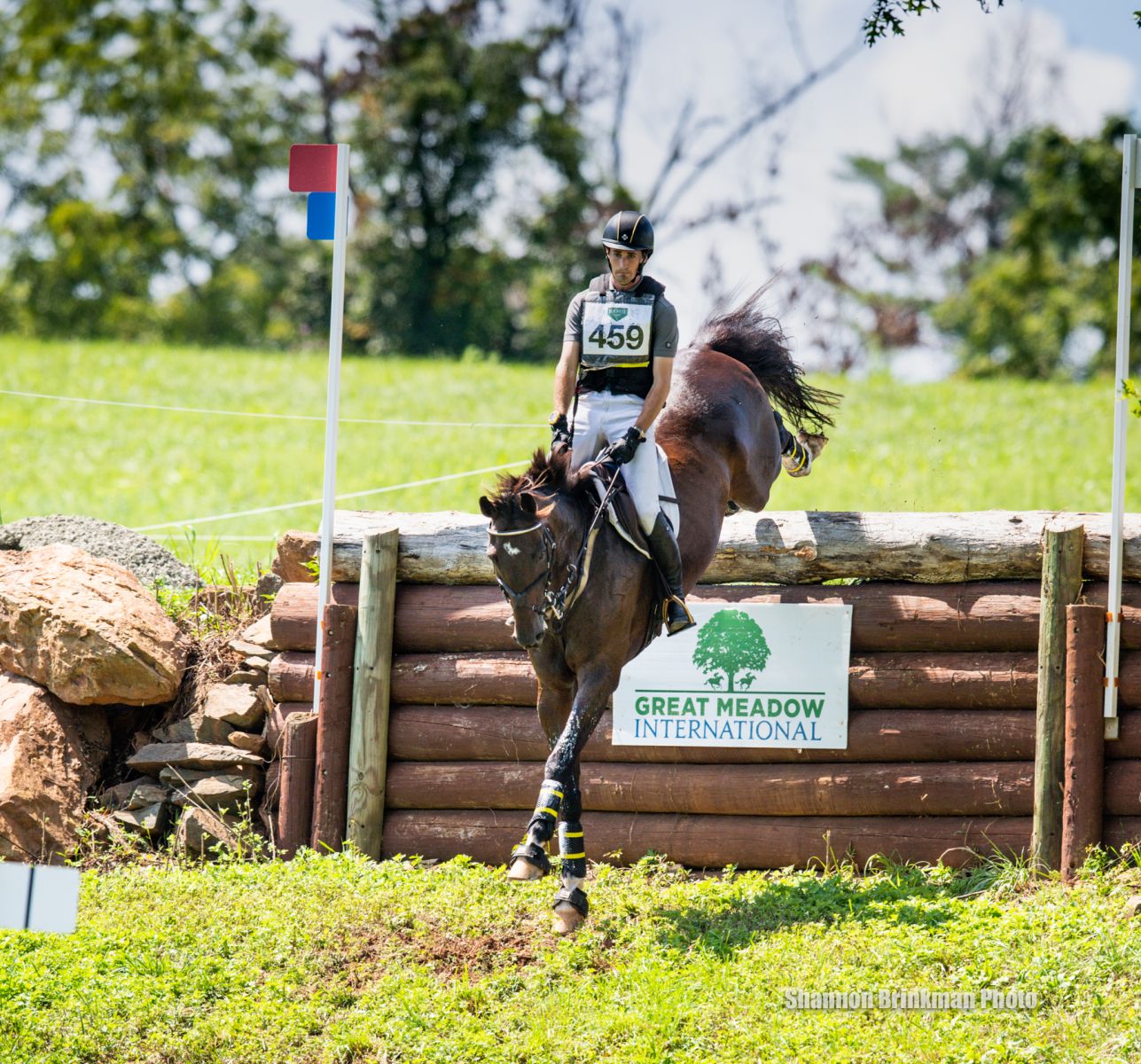 At 23, Woods Baughman was nothing less than polished with is own C’est La Vie 135. The 12-year-old Hanoverian/Holsteiner (Contendro I x Anette) added 4.4 time penalties to grab fourth place. 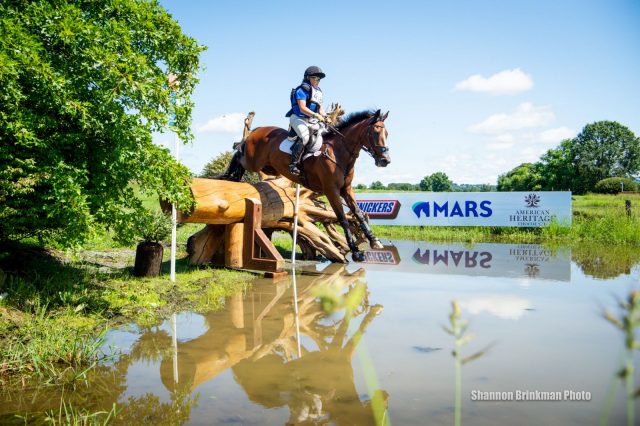 The cross country powerhouse duo of Colleen Rutledge and Covert Rights used the final phase to climb the leaderboard. The 14-year-old Thoroughbred Cross (BFF Incognito x Let’s Get it Right) came through the finish only two seconds too slow, adding 0.8 time penalties to jump from 16th to 5th (30.5). 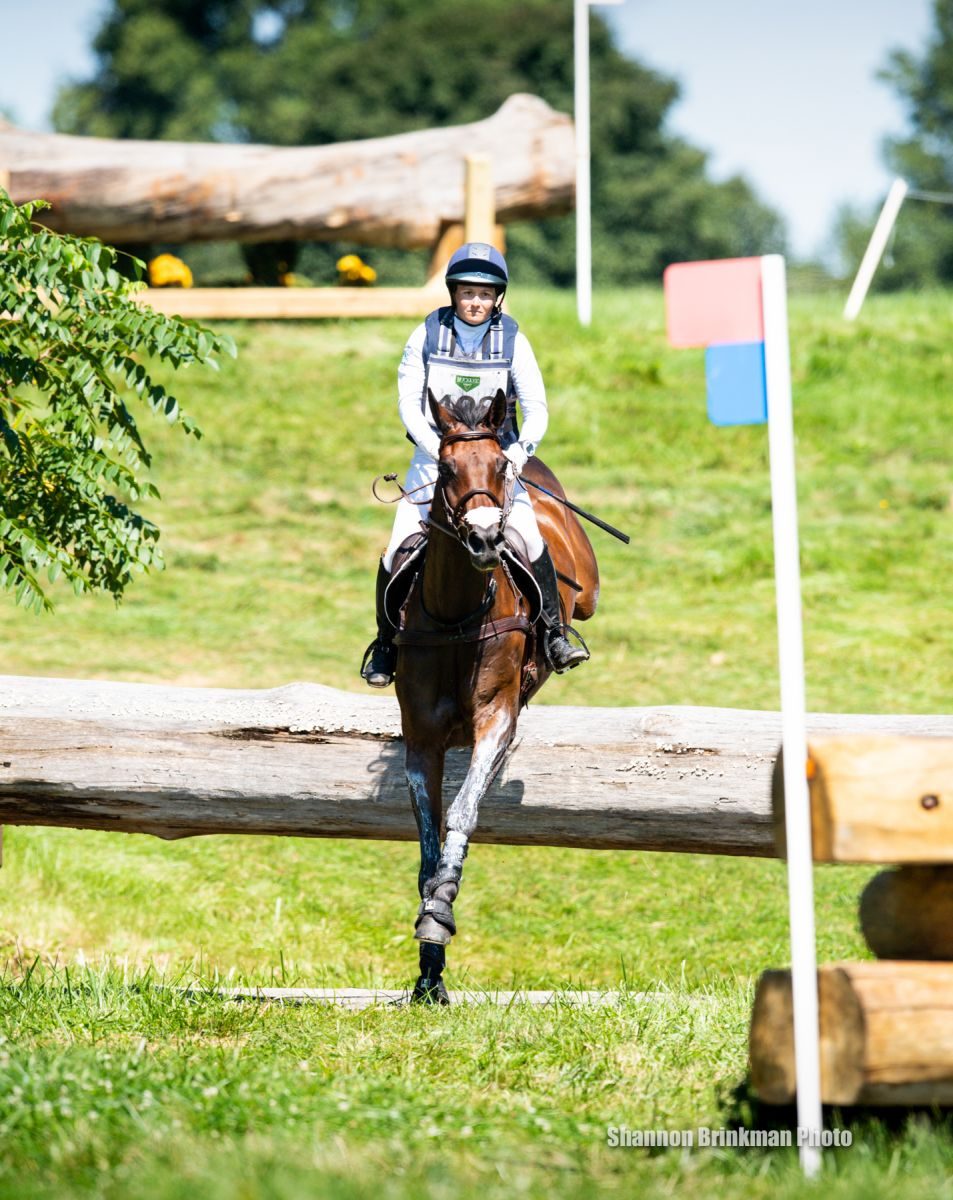 Sixth place was split between Hannah Sue Burnett and Jennie Brannigan who both finished on a three-day score of 30.8. Coming in four seconds faster, Hannah Sue edged ahead with Harbour Pilot, Jacqueline Mars’ 17-year-old Irish Sport Horse/Thoroughbred (Cruising x Shannon). Jennie then was seventh with her own Stella Artois. 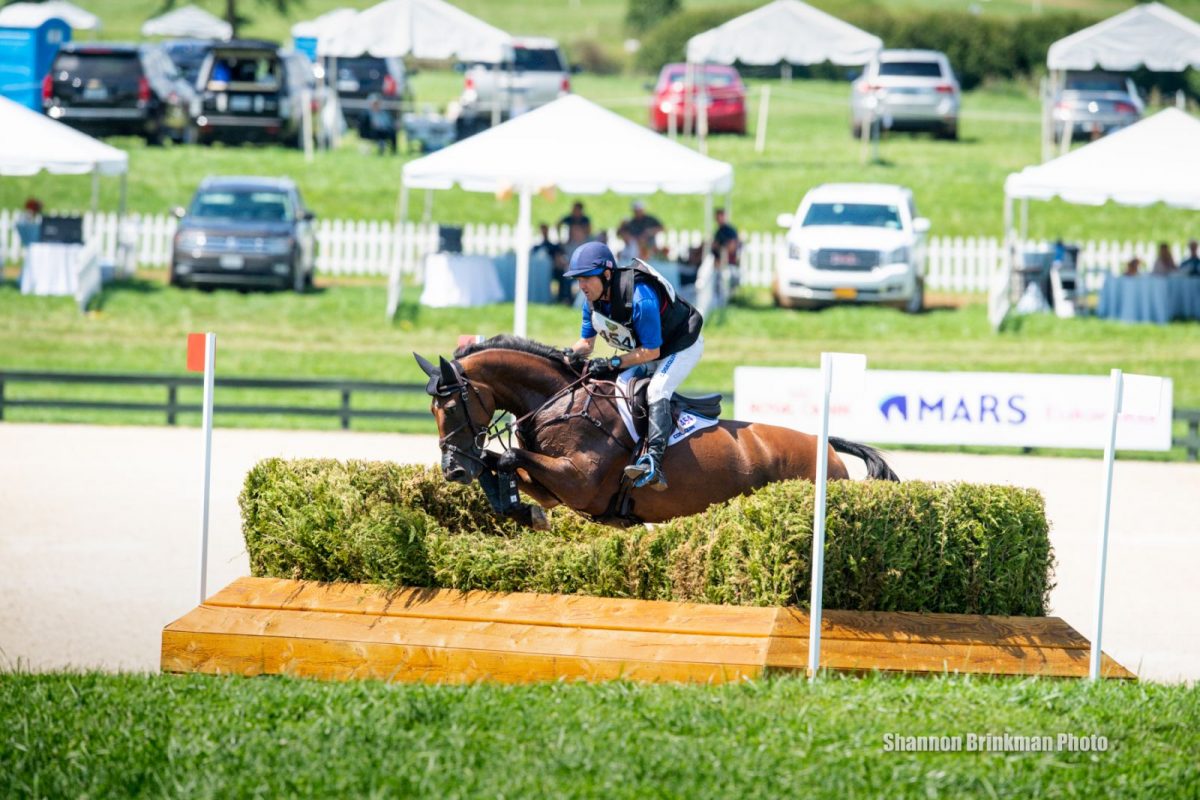 Our in-house stats queen Maggie Deatrick predicted this weekend would come down to the final phase, and she was exactly right. In 2019, no one made the time. This year, five of the 60 starters achieved that feat for a double clear rate of 8.3%. Ignoring the clock, the course was friendly enough, with five pairs finishing with stops, two riders falls and two pairs retiring.

EN would like to give a huge thank you to MARS Equestrian and Great Meadow International for their dedication to our sport in hosting this competition.

If you’d like an even closer look at the action, revisit our Live Updates.

Until next time, Go eventing.