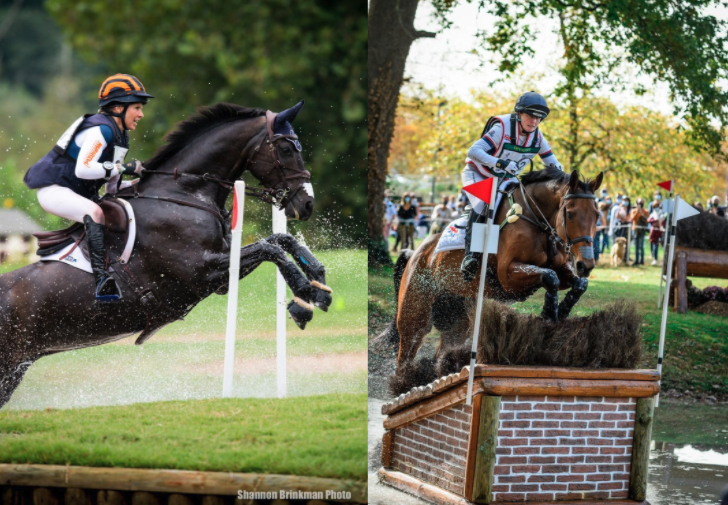 After teasing an all-female list of keynote speakers for this year’s virtual USEA Annual Meeting and Convention, the USEA has announced that U.S. rider Liz Halliday-Sharp and British rider Piggy March will headline the Annual Meeting on Saturday, December 12. The session will be presented using Zoom and available to “attend” for current USEA members.

Liz Halliday-Sharp is the top-ranked U.S. rider in 2020 to date with 590.5 points accumulated to date. She’s made the most of the odd year and racked up plenty of top results, including nine FEI wins, three of which came at the CCI4*-S level. Liz was recently named to the US Equestrian Eventing High Performance Winter Training List and was also a reserve for both the 2018 World Equestrian Games and 2019 Pan American Games. She relocated to the States full-time in 2019, splitting time between her new Blue Fox Farm in Lexington, Ky. and her Ocala, Fl. base, Horsepower Equestrian.

Piggy March won her first CCI5* in 2019, taking the top honors at Badminton aboard Vanir Kamira just after finishing fourth at Kentucky with the late Quarrycrest Echo. She would also finish second at Burghley with Vanir Kamira that fall. This year, Piggy briefly broke the record for the all-time lowest dressage score at Pau with a 22.2. She would finish second there with Brookfield Inocent. She also became a record-breaker in 2019 for winning 15 international events to take the current all-time record ahead of Michael Jung (13).

Moderating this session will be broadcaster Nicole Brown, whom you may recognize for her work with EquiRatings and on the USEA podcast. This session will take place on Saturday, December 12 at 2:00 p.m. EST via a Zoom Webinar. Current USEA members can join and interact with the keynote speakers through the Q&A feature. Be sure to renew your membership for 2021 in order to take advantage of the full schedule of virtual events for this year’s Annual Meeting and Convention. For more information, click here.