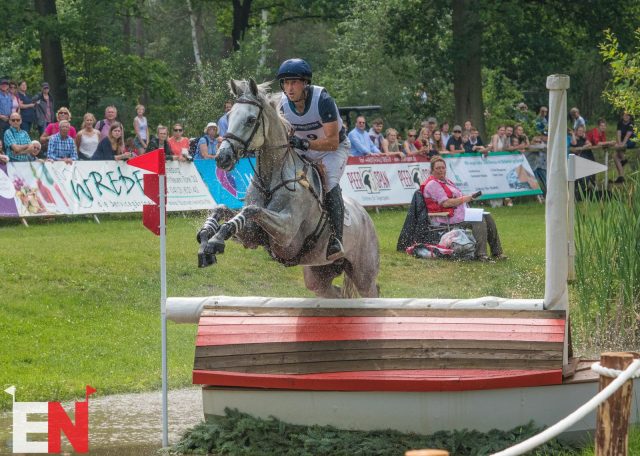 The organising team at Turniergesellschaft Luhmühlen has announced their decision today (April 23) to cancel their showpiece event, the Longines Luhmühlen Horse Trials, which hosts both a CCI5* and a CCI4*-S, which acts as the German Championships. The event had been scheduled to run from June 18–21, 2020 at the Lower Saxony venue, but has been forced to shelve plans for this year after further government restrictions were imposed last week in the face of the ongoing battle against COVID-19.

Luhmühlen was an epicentre for eventing in 2019, hosting its annual June fixture and the FEI European Eventing Championships, as well as spring and summer internationals hosting classes at the 2* and 3* levels.

“After the German government has announced new restrictions on April 15th, 2020, we have considered several options but unfortunately now have to cancel the Longines Luhmühlen Horse Trials,” says Event Director Julia Otto.

2020 was set to be a pivotal year for the much-loved German event. As one of the final major competitions prior to the Tokyo Olympics, now rescheduled for 2021, its CCI4*-S offering was intended as a final preparation for partnerships with the Games in their targets. Course designer Mike Etherington-Smith began work on this year’s designs in February, working closely with Tokyo course builder David Evans to create a suitable test. Prize money for the CCI5* had also been increased by €25,000 to a total of €125,000. Now, the organisers are looking ahead to next year’s running in the delayed Olympic year.

“We would like to thank all those involved, who have worked closely with us over the past few weeks to explore possible further scenarios,” says Otto. “We look forward to the planning phase of the Longines Luhmühlen Horse Trials next year. With all of our best wishes from Luhmühlen: Stay safe and we hope to see you all again in 2021!”

Tickets purchased for the 2020 event will be rolled over to 2021’s iteration, which will be held from June 17–21. Ticketholders will be contacted via email by Ticketmaster, though patience is advised as the company deals with a spate of cancellations.

Luhmühlen marks the fourth five-star to be canceled in 2020 – the others being, of course, the Land Rover Kentucky Three-Day Event, which was scheduled to take place this week, next month’s Badminton Horse Trials, and the Australian International 3 Day Event, which was canceled yesterday.