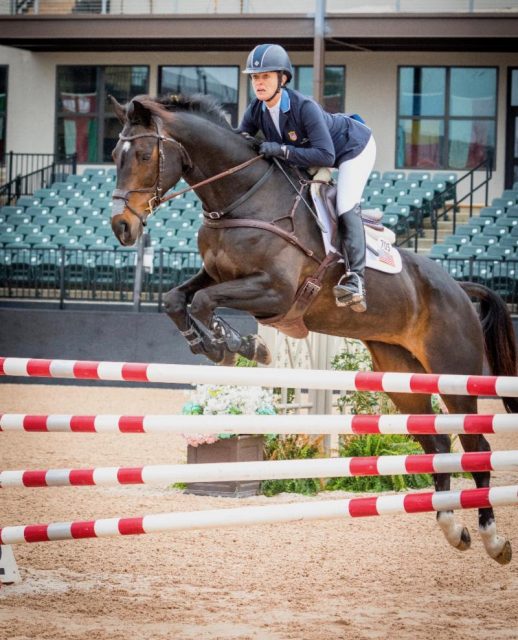 Lynn Symansky and Under Suspection. Photo by Shannon Brinkman Photography.

Lynn Symansky and Under Suspection won one of two Advanced divisions at The Fork at Tryon in 2018, and a year later they’re poised to defend their title — although Lynn is more interested in giving “Pippy” a good pre-Kentucky run than she is in a blue ribbon.

Lynn and the 15-year-old Holsteiner mare (Contender x Naomagic I, by Exorbitant xx) owned by Mary Ann Ghadban sat 2nd after dressage to Boyd Martin and Long Island T. When that pair dropped two rails, the door swung open for Lynn and Pippy to overtake the lead, which they did despite 4 jumping and 0.4 time faults.

Note: Will Faudree and Pfun, a 12-year-old Irish Sport Horse gelding (Tadmus x Celerina, by Cento) owned by Jennifer Mosing and Sterling Silver Stables, posted a double-clear and would have moved into the lead from 4th, but withdrew after show jumping as per their own Kentucky gameplan.

“She was good,” Lynn says of Pippy’s round. “I ended up changing the bit from last time I went in the ring, and she was a bit sassy. I totally take credit for the rail we had down – she jumped really well, I just didn’t ride across the back rail of that oxer.”

Tryon International Equestrian Center’s busy main arena is good prep for being on stage at the Kentucky Horse Park.

As for her plan heading into cross country, Lynn says, “The placing wasn’t really in my mind, but it’s nice to be sitting well going into cross country, absolutely,” she says. “The plan tomorrow would be to have a good run that prepares her for Kentucky. I don’t really have the clock in mind – the chips kind of fall where they do. No one really remembers in the end who won the Advanced A Division of The Fork a few years down the road, so it’s more just preparing her for the ride she needs in the long run.”

“I’m excited to ride around the track tomorrow,” Lynn says. “I rode it on a horse I knew very well last year, and this is one I’ve had the ride on for about a year now. The venue looks great – the ground is great and the courses look awesome.

“It’s too bad there aren’t more entries here because it’s crazy, because this place prepares you so much,” she says. “Especially for young horses to come see this kind of venue, and the courses and the footing are really good, with jumper classes going on at the same time so you could even bring young horses or students, too. It’s too bad that more people didn’t take advantage of this because it really is a fantastic venue for all levels and experience.” 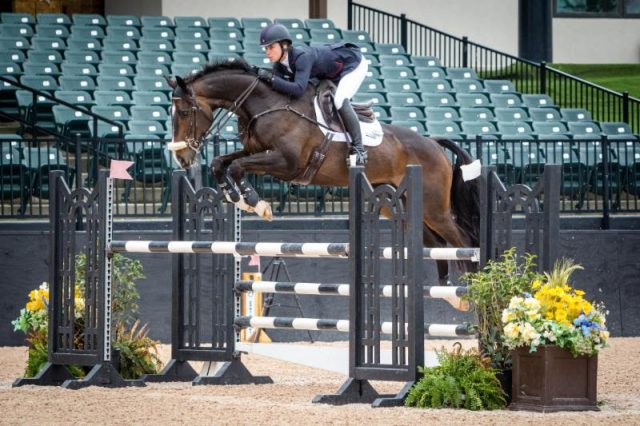 “My horse jumps super,” Ariel says. “He’s very careful. He gets a little strong, but I’m lucky that he really tries over the fences. There’s a lot of atmosphere in that arena, but I thought it was a great course that challenged accuracy. I didn’t give him the best ride going into the final line but he took care of himself and dealt with the mistakes. He jumped really well.”

Ariel is getting her first crack at Kentucky later this month. As for cross country tomorrow, she says, “I’m looking forward to going out and getting galloping. There are a lot of big jumps out there that are going to be fun, and there are some good accuracy questions, too. I think it’s going to be a great set up for future spring events. He’s really good at cross country. He loves to gallop and he’s brave. It’s both of our favorite phase.” 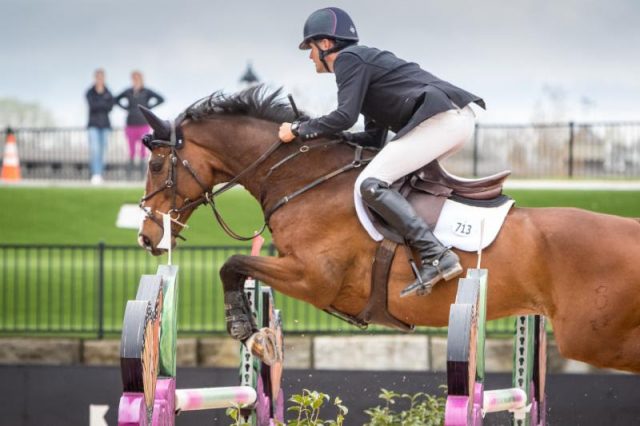 Boyd Martin holds down the 3rd and 4th places with Long Island T and Contestor respectively.

“Long Island T, I actually was really, really happy with the way he jumped,” Boyd says. “I felt like he was making a really good show, he was trying. He had two back rails down. The first one I set up a bit too early and the second one he just toed the line, so be honest he had eight jumping penalties, but I was very, very pleased with the way he jumped and he’s in good shape, so it doesn’t look that good on the score board, but he gave me a good feel.”

Contestor, a 12-year-old Dutch gelding (Contango x Jer’s Princess, by Killer Jer) owned by Denise Lahey, is much greener but a rising star, having won his last two international outings. The horse put in a huge effort to jump clear today, Boyd says. “He’s been a hit-and-miss of a horse. He can put in some great rounds and he can put in some sharpers, and today he jumped as good as any of them.” 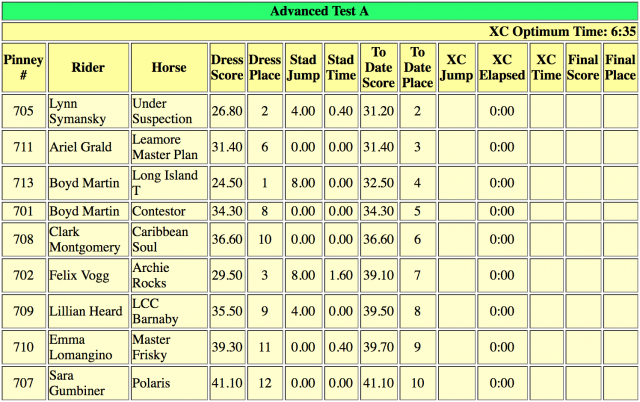