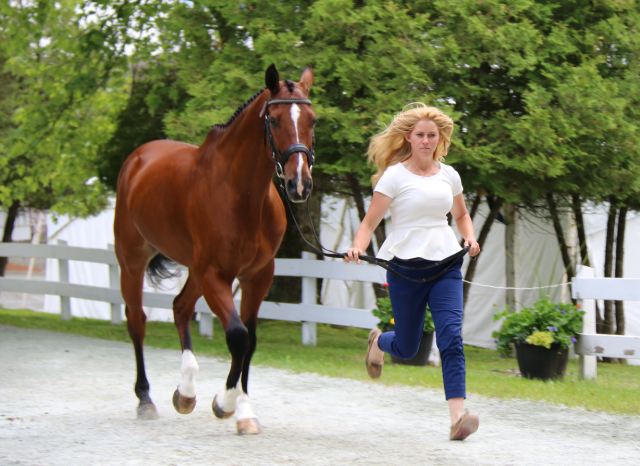 The East Coast hasn’t been particularly kind to Mackenna Shea. A Washington State native, she and her partner of seven years, Landioso, have done well for themselves on the West Coast — they’ve won the CIC3* at Twin Rivers twice — but both of her attempts to replicate that success at a CCI3* have been marred by bad luck.

The first was last year at Jersey Fresh, where they won the dressage and had a foot-perfect cross-country round with just a few time penalties. They were in third place going into the show jumping only to get spun at the Sunday jog due to a bothersome old splint.

Landioso had the rest of 2013 off and came back to Jersey this year, hoping for a happier result. Unfortunately, things once again didn’t go as planned. “I think I went out with the wrong mentality,” Mackenna says. “I just wanted to win. That was all I wanted to do — which is stupid because I was riding with a bunch of really talented riders.” 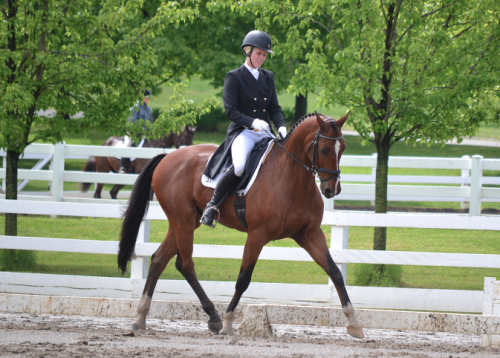 Mackenna and Landioso at Jersey Fresh in 2013. Photo by Jenni Autry.

Fresh off a confident run at Twin Rivers, they went out on the Jersey cross-country with guns blazing, determined to make the time, but when Mackenna went to balance him at the third fence, there was nobody home. “He’s not a strong horse, but he’ll lock against me, and he always kind of gets away with it because he can grab the bit and run under something and he just pops over it — it’s not hard for him. So I went to rebalance him and he was like, ‘No, we’re running!’ and I was like ‘We’re falling down … this is not going to be good.'”

Landioso caught the fence, a big table, with his knee and couldn’t get his landing gear out in time. Thankfully, both horse and rider walked off the course no worse for the wear. Mackenna was packing her bags for home when her coach Tamie Smith and other supporters banded together to convince her that she was crazy to leave.

“Sunday I was supposed to drive home, and everyone was like, ‘Mackenna, you’re going to be so mad when you’re sitting at home and your horse is fit and sound and you’re watching Bromont, just waiting for a fall three-day. Figure out a way to stay and make it work.'” 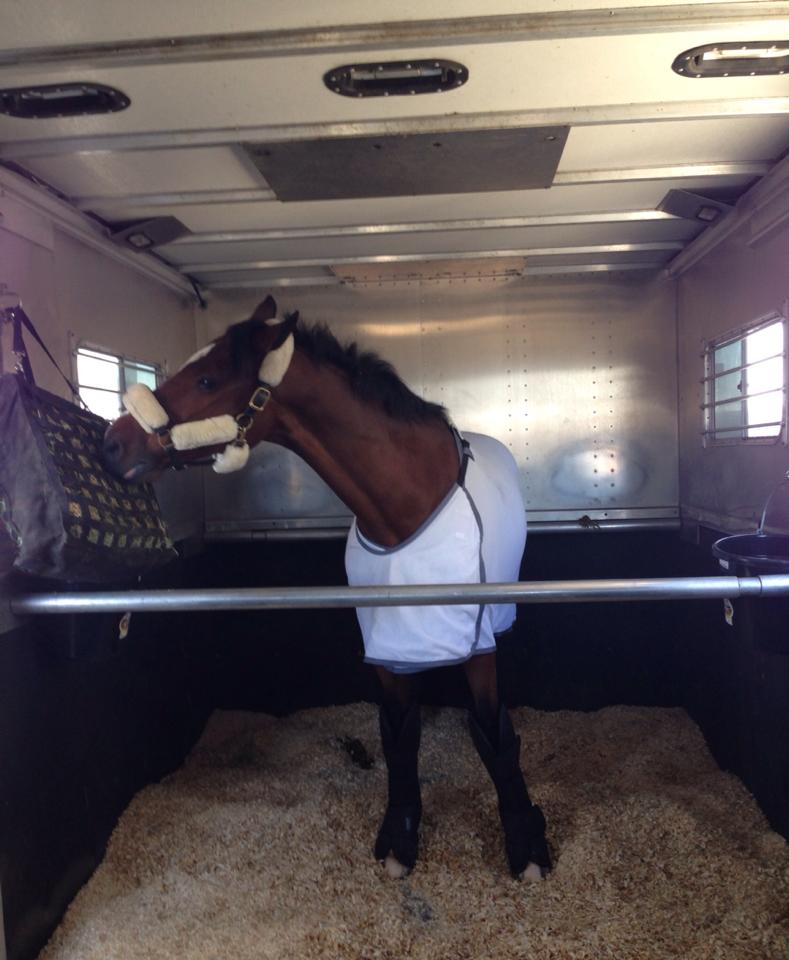 En route to Jersey in 2014. Photo courtesy of Mackenna Shea.

Even Joanie Morris, the USEF’s Managing Director of Eventing, gave her a call to encourage her to stay and give things another go. Mackenna initially declined, but then came to her senses and called Joanie back, telling her that if she could find a way to work it off, she would stay.

Joanie immediately got her set up with a job at Boyd Martin’s, where she spent the next few weeks getting Landioso back on track. They spent a lot of time in jump tack, working on developing and keeping a rhythm. She went Intermediate at Fair Hill the next weekend, just taking it slow and building their confidence back up, and then ran half the course at Waredaca just to be sure. 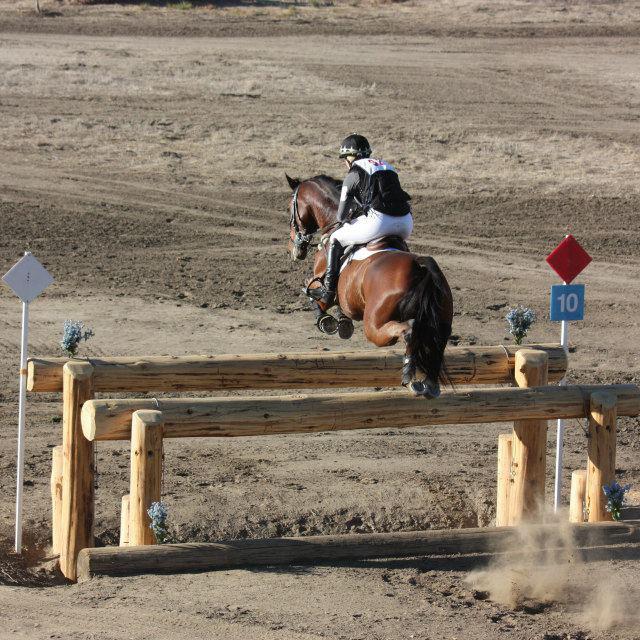 Mackenna and Landioso on their home turf. Photo courtesy of Mackenna Shea.

Mackenna’s strategy for Bromont is to keep her head on her shoulders and have a good, solid weekend. She has a flat lesson with David O’Connor this afternoon and thinks the course, designed by Derek di Grazia, seems like a good fit for Landioso: “It looks bold and forward. He has a big step, so that’s good for him.”

She’s still, however, getting used to differences between East and West Coast eventing. “It’s a whole other level out here. It’s still funny to see a course on grass — it’s totally different terrain,” she says.

Here’s hoping it all comes together for Mackenna this weekend and she gets the comeback she’s hoping for. Despite the setbacks, Mackenna says the journey has been worthwhile: “It’s not been perfect, but it’s been lessons learned.”

Keep it locked on Eventing Nation for live updates from Bromont throughout the week!