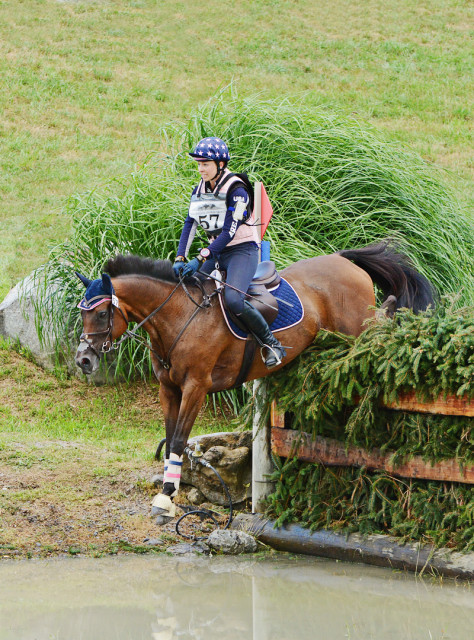 Madeline Backus has learned the ins and outs of the sport of eventing over the past few years, riding horses from a young age and producing them to the upper levels. We first glimpsed Madeline and her talented mare, P.S. Arianna, at the American Eventing Championships in 2013, where they took seventh in the Junior Training division. Now, they’ve got their first Advanced completions under their belt thanks to dedication and a lot of help along the way.

“Our farrier bred (P.S. Arianna), and we got her as a yearling,” Madeline said of the mare, who is by the Trakehner stallion Ibsen and out of a mare named Black Raven. “My mom started her and I got her for my 10th birthday when she was six. She hadn’t done any recognized events, but we did some little schooling shows on our property and really had a chance to learn and grow together.”

Now 14, the Trakehner mare has been an invaluable tool in Madeline’s education. The pair packed up and moved East from their hometown in Colorado to train with Missy and Jessica Ransehousen. “As soon as I figured out what the Olympics and Rolex were, they’ve been a goal of mine,” Madeline said. “I actually got to spend a summer here (with Missy and Jessica), and I moved out here in April.”

“Being from Colorado, we don’t really have a lot of upper level events,” she continued. “So I knew I had to travel. My mom knows Missy, and so the opportunity came up to go there to work.”

Relocating for the sake of a dream is a scenario many eventers know all too well, but Madeline and P.S. Arianna have thrived in their new environment. They’ve successfully stepped up to Advanced this year, finishing 8th at Jersey Fresh and 24th at Millbrook earlier this month. 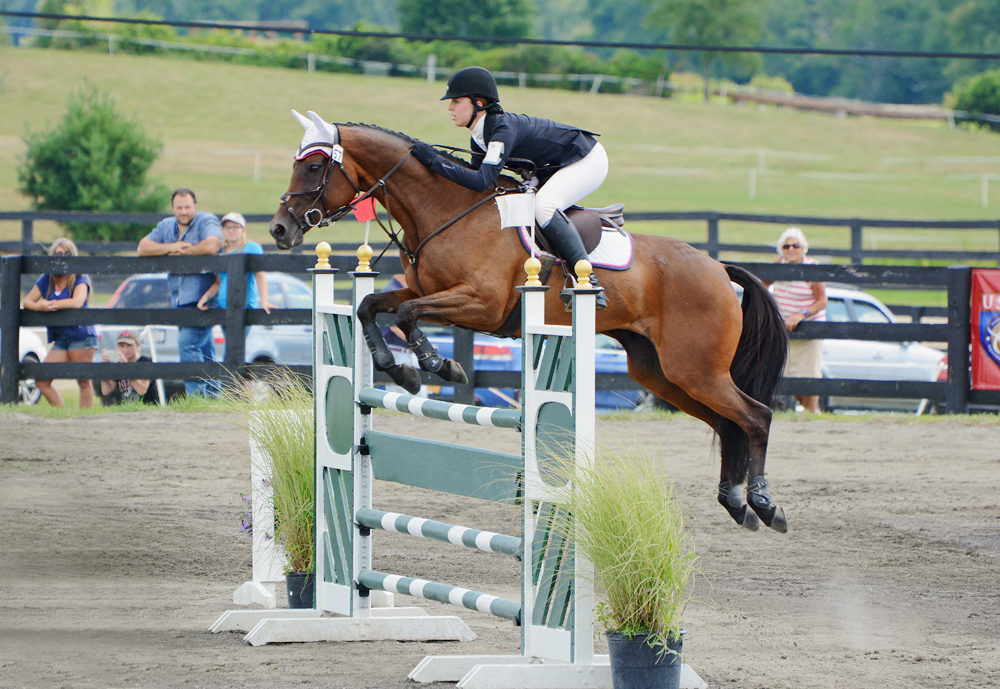 “It’s so different to have a fit Advanced horse versus the Beginner Novice horse I was on before,” Madeline said. “But it’s so exciting and it’s such a thrill. I’ve definitely had to learn to ride her as we moved up, and she saved me when I made mistakes. But I’m looking forward to the next one already.”

With her Advanced move up under her belt, Madelina now sets to work on gaining more mileage and experience with her mare. They’re currently entered in the CIC2* at Richland and are tentatively planning on the CIC3* at Plantation Field.

“We just keep asking, and she keeps answering the questions,” Madeline said fondly. “When my mom first sat on her, she said that her canter was so well balanced and she had a feeling this was a serious horse. We’ve learned so much together, and I’ve gone the highest with her.”

As for the future, Madeline hopes that P.S. Arianna will be the one to take her to her four-star debut. “I think she could,” she explained. “We’re figuring it out as we go, but I think that she can do it as long as we maintain her and keep her sound.”

In the meantime, Madeline keeps chipping away, one goal at a time. She’s been able to understand the inherent risks of taking on the sport from a business standpoint, but she knows this is where she belongs.

“I definitely want to make a career out of this,” she said. “Pony Club has been great for me in that aspect, with letting me teach and getting my certification. I really do hope to make this my profession at some point. I think a big part of it is the financial strain, as every eventer knows. But the most important part is keeping her happy and sound. She is my only upper level horse with me, so there’s a lot that goes into it.”