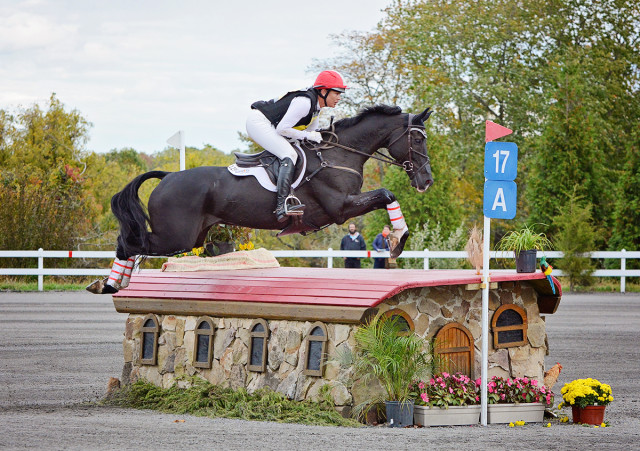 Tamie Smith and Mai Baum at Fair Hill in 2016. Photo by Jenni Autry.

Mai Baum’s owners Alex and Ellen Ahearn and Eric Markell along with rider Tamie Smith announced this morning that the 10-year-old German Sport Horse has been removed from consideration for the 2016 Rio Olympics in order to give an injury more time to heal.

“Mai Baum strained his tendon after Fair Hill International last season,” Tamie said. “While he has responded extremely well to treatment and is progressing nicely in his rehabilitation, the healing process needs time. After careful consideration and input from David O’Connor, as well as Dr. Susan Johns and Dr. Emily Sandler, we have made the decision that we will not rush Mai Baum back to make a bid for the 2016 Olympics.”

The plan had been for “Lexus,” winner of the 2015 Dutta Corp Fair Hill International CCI3*, 2015 USEA Horse of the Year and 2015 EN Horse and Rider of the Year, to forego a spring CCI and instead aim towards the CICO3* at Great Meadow in July. However, the team has decided not to enter Lexus in any events this year to ensure the horse makes a full recovery.

“Obviously, this was a difficult decision, especially because we all hoped Tamie and Mai Baum might have been selected to join the United States Eventing Team at the Olympic games in Rio,” his owners said. “Always wanting the best for our horse, we all agreed that we needed to focus on Mai Baum’s long-term career and health, which involves giving him ample time to properly heal.”

Mai Baum will likely compete in dressage and show jumping competitions this year and make his return to eventing in 2017.