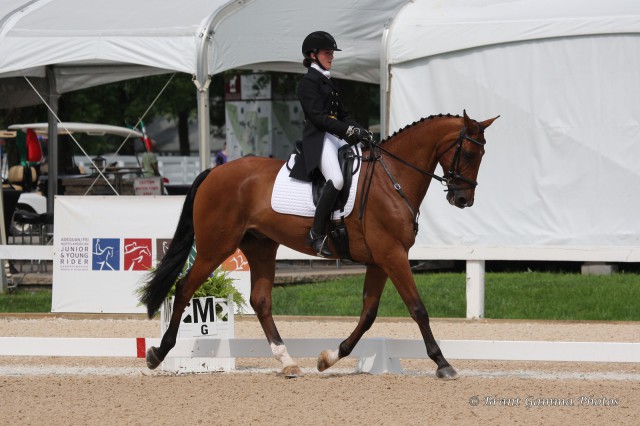 Makenna Rold was bitten by the eventing bug early; she and her sister became hooked after watching a family friend compete at Otter Creek Farm in 2008 and immediately immersed themselves in the sport. At 15 years old, Makenna has already enjoyed some great successes and looks forward to experiencing much more as she and her horses continue to make a splash in the eventing world.

She met Fernhill Imperial, her 8-year-old Irish Sport Horse, at Fernhill Sport Horses in 2013. Though he was “silly and uncoordinated” when Makenna first started riding him, she immediately knew that he was the one.

After arriving in the States, “Perry” spent a few months in training with Becky Holder, Makenna’s coach in the Central States Dressage and Eventing Association Junior Developing Rider Program (JDRP) since 2010. During this time, Makenna took regular lessons on Perry, flying back and forth from Minnesota to Becky’s farm whenever she could.

“Becky has absolutely been the biggest influence in my riding,” Makenna said. Under Becky’s tutelage, Makenna and Perry made their competition debut at Southern Pines in March 2014; just a few months later at Chattahoochee Hills Horse Trials, they finished on their dressage score of 28.6 to place first in the Training Rider division.

Makenna and Perry moved up to Preliminary in January 2015 and had the opportunity to ride on Area IV’s CH-J* team at the 2015 North American Junior and Young Riders Championships. In their time together, Perry has never had a jumping fault on cross country, and his natural good movement helps them achieve good scores in dressage.

Makenna’s biggest challenge with him so far has been trying to package his leggy body during show jumping, though he is much more coordinated than when they first met.

“He has the biggest personality of any horse in the barn and will do anything to be told he’s a good boy,” Makenna said. “He and I have a great partnership, and I feel that it really makes a difference in how we go about our rides. We trust each other implicitly.” 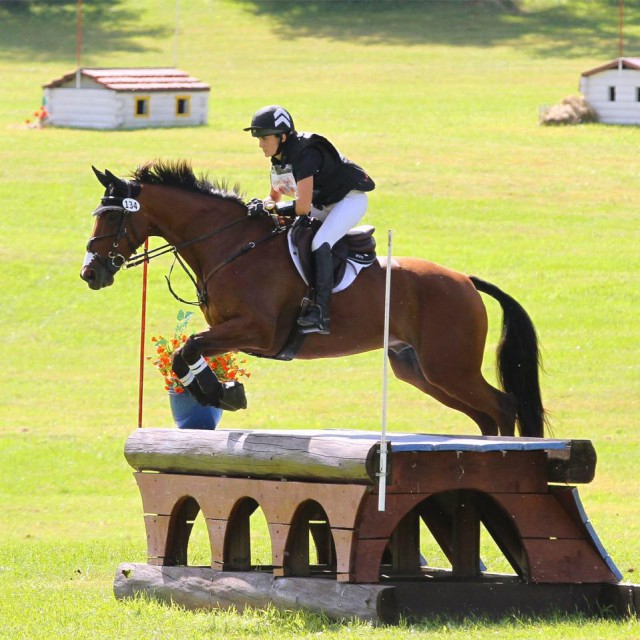 Makenna was thrilled when she found out that she and her good friend Kristine Burgess had been named to the USEF Eventing 18 list. “My mom was away on a business trip and called me while I was at the barn … I hadn’t seen (the email) yet and wasn’t expecting to see a list of names for a few days,” she said.

“I called Kristine as soon as I was off the phone with my mom, and she was just as excited as I was. She was my roommate at Becky’s last year, was on my Young Rider team (at NAJYRC), and is one of my best friends so being on the list together is super fun.”

Makenna has had the opportunity to ride with USEF Eventing 18 Coach Leslie Law in the past, and she said that he has different perspectives from other clinicians she has worked with in the past. She’s looking forward to showing Leslie how she and Perry have progressed, as well as learning new skills and strategies for the upcoming show season.

“Leslie’s style pushes my horses and I to the next level. I think he brings out just enough of the horse and rider to challenge them without over-facing them,” she said. “(Perry and I) are constantly learning as a pair, and I am excited for the things to come.

Makenna will also be spending the winter training with Emily Beshear and looks forward to developing her riding skills under Emily’s guidance.

She also hopes that Emily’s husband Jeff, a veterinarian and fellow event rider, will be another great mentor for her. “I am a big believer in balancing all aspects of the horses and learning as much as I can when it comes to vet care,” Makenna said. 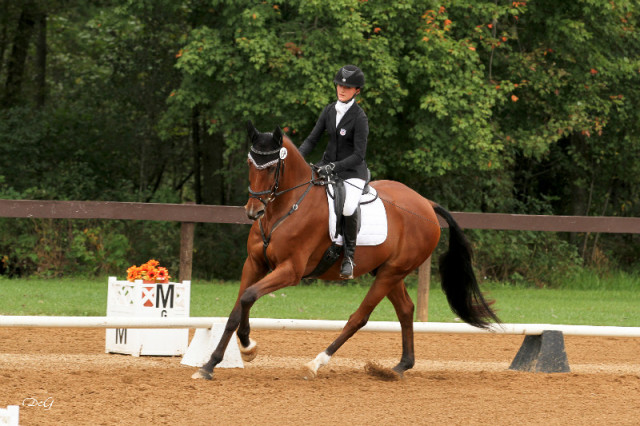 Despite her young age, Makenna hopes that eventing will be a big part of her future. And her goals stretch beyond her experiences with Perry; her two other horses, Fernhill Choc and Taboo, are also exciting horses that she hopes to bring up the levels.

“Choc moved up to Training level last fall and was a star; I’m really excited about him. I bought Taboo (a 4-year-old Thoroughbred) last August, and he has exceeded all expectations. He learned how to jump this past summer and has picked up on it like it’s no big deal. He’s a super exciting horse, and I want to do right by him so he can reach his full potential … For all of my horses, I’m going to see how they all progress and what they’re ready to do,” Makenna said.

“As far as longterm goals go, I plan on being in the sport for a long time and would love to have the opportunity ride on a U.S. team in the future. As much as I want to take my riding as far it can go, I also enjoy the process of finding a talented young horse and showing what they are capable of.”

Best of luck to Makenna and her horses as they embark on new adventures in 2016 and beyond!