Buck Davidson and Copper Beach got the ball rolling this morning and the girls came out to play this afternoon at the Boekelo CCIO3*.

Marilyn and “Kitty” are our best-placed North American pair of the day. They know how to lay one down in the sandbox and they did just that here at Boekelo.

The 10-year-old Oldenburg owned by Raylyn Farms and Phoebe and Michael Manders is as competitive as they come in the States at the FEI 2* and 3* levels, and it’s exciting to see them holding their own against some of the world’s biggest guns abroad! 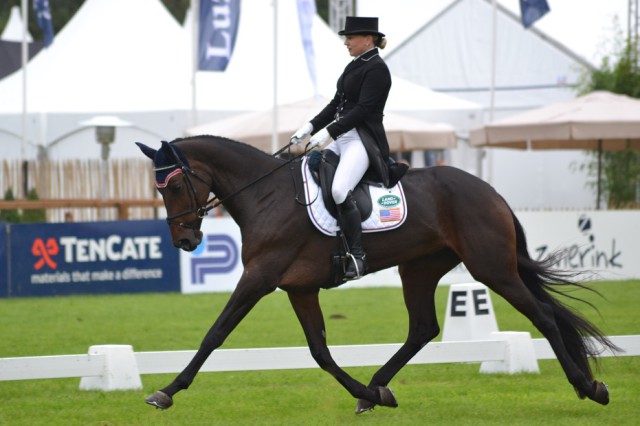 Originally from New Orleans, Katherine linked up with Lucinda Green after clinic-ing with her and is now based at the yard of Lucinda’s daughter, Lissa, in the UK.

Her partnership with Longwood is still relatively new — this marks their first full season together — and they’ve had a dickens of a time getting here. Thanks to a few months lost to sore feet and a bout of mishaps: having a great go cross-country at a qualifier, for instance, just before randomly getting caught up in some wire and running past a jump. Even on the road to Boekelo, literally, she nearly scraped off the top of her lorry after making a wrong turn.

Here’s hoping all their missed luck is in the bank and the pair can cash in on it this weekend! 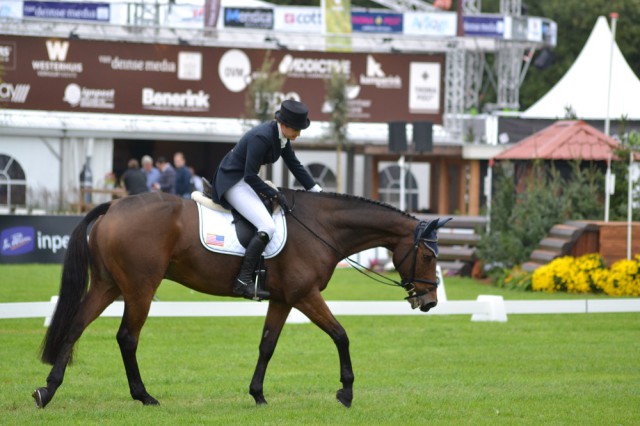 Lindsay is the sole Canadian torchbearer this weekend since Kathryn Robinson’s Let It Bee got caught in the crossfire of an inconveniently timed abscess earlier this week. Based in France — she met and married a Frenchman, Xavier, while training in Great Britain — meeting her was a treat and her horse, “Candy,” looks like a powerhouse. (Contrary to what you’d assume from his name, he’s a Belgian Warmblood stallion.) Packing an engine like that I can’t wait to see him jump! 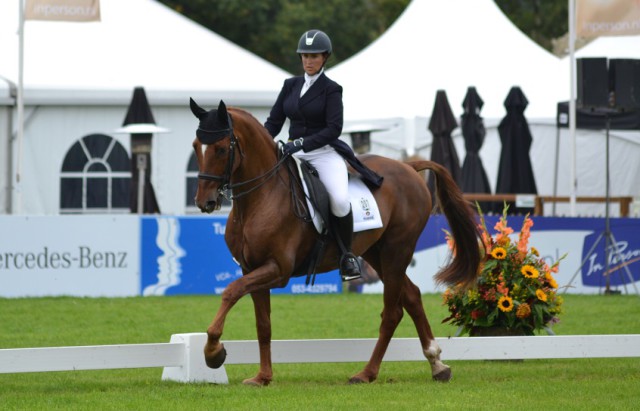 “Bug,” an 8-year-old Anglo-Arabian gelding owned by Jacqueline Mars, has one of the best expressions of any horse out there. You can tell from a glance that he’s sharp as a tack and game as the day is long, and that he also has a cheeky streak.

That part reared its head briefly in the dressage ring today; they were the last pair in the ring, the footing in the corners had gotten a bit treacherous, and a slip spawned a bit of a tantrum. Nonetheless, he’s great fun to watch especially when he has something more entertaining than dressage (like massive cross-country jumps) to keep him on task. 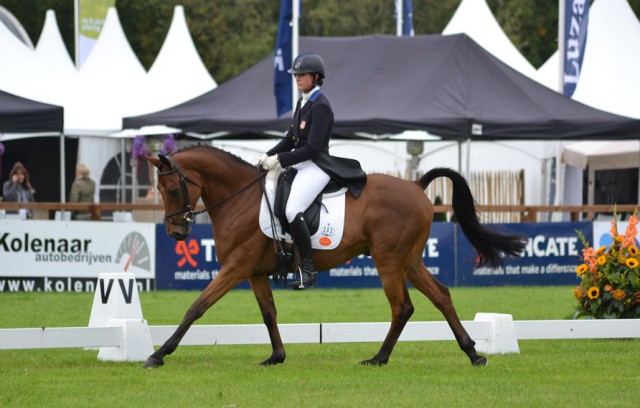 With their 51.40, Buck and Copper Beach are currently sitting in 29th — we posted this recap of their ride earlier in the day.

Top 15 at the conclusion of day 1 Boekelo dressage: 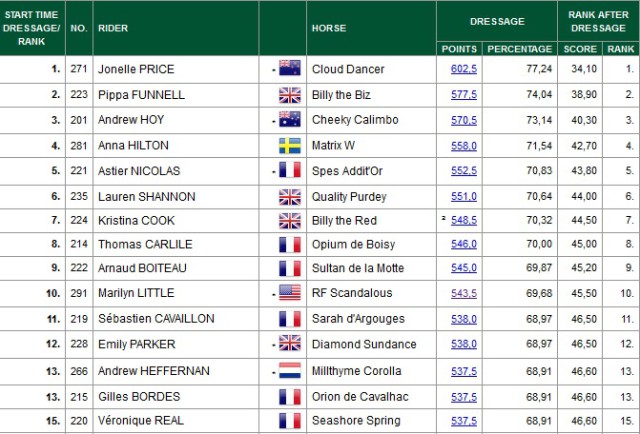