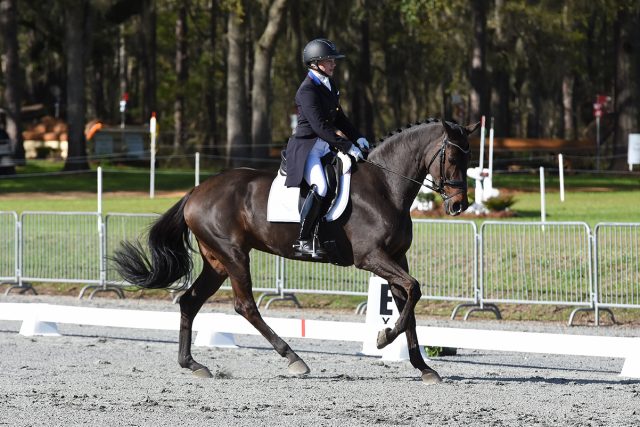 Marilyn Little and RF Scandalous stepped into a familiar role today at the Red Hills International Horse Trials, leading a three-day event after the first phase. A score of 20 in the dressage, the best score all day across all divisions, has them topping the advanced.

“She’s great in this phase. We have our own goals that we’ve set for Kentucky, and this was very much a stepping stone on the path,” she said.

The 14-year-old Oldenburg (Carry Gold x Richardia, by Lario), owned by Ms. Jacqueline Mars and Phoebe and Michael Manders is aimed at Kentucky next month and this weekend is a key prep for all three phases.

“I rode her very conservatively today. I have to be able to train her on days like today, so for me to be able to ride conservatively, she has to think about discipline and exactly where she’s putting her feet,” Marilyn said. “She was quite fresh, but she was still a very different horse than she was two years ago. I’m looking forward to where she can be by April.” 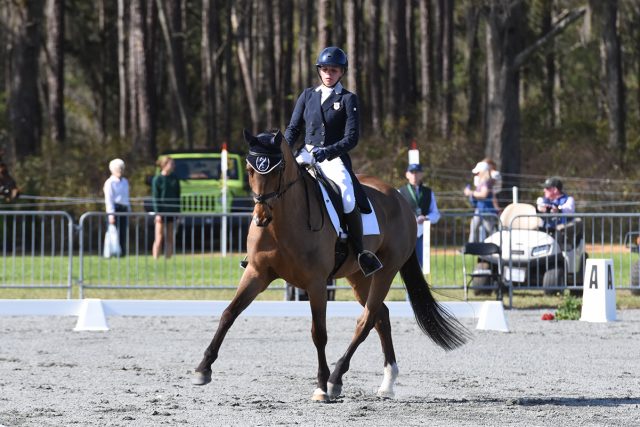 Alyssa Phillips is second with Oskar, an 11-year-old Holsteiner owned by Alyssa and Julie Phillips. They laid down a 24.1. Oskar moved up to the Advanced level last fall at The Jockey Club, and he bested that dressage result by over 10 points today. 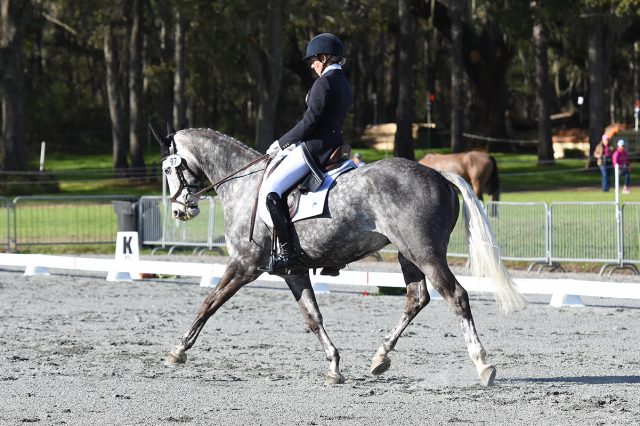 Liz Halliday-Sharp and Flash Cooley, an 8-year-old Irish Sport Horse owned by Pru Dawes and Liz, are third on a score of 30.5.

More you need to know:

The CCI3*-S is headed up by Robin Walker aboard SBT Barolo, a 10-year-old Irish Sport Horse owned by Robin Walker, Roger Schramm and Alston Kerr. Their 28.3 was unmatched throughout the division.

Kyle Carter is second with Gaillards Lancer on a score of 28.6, and Rebecca Brown sits third with Dassett Choice on an even 30.

Jonathan Holling leads the Open Preliminary division with Kilkenny Mile. They earned a 20.8, and held the record for lowest score of the day until they were usurped by Marilyn and “Kitty.” 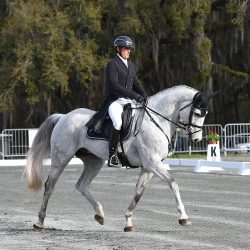 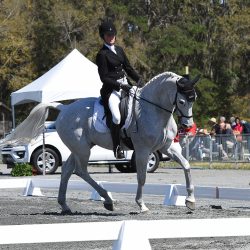 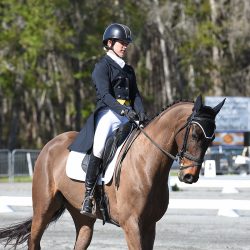 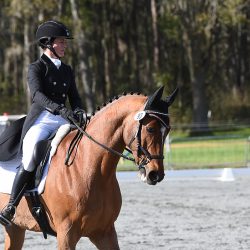 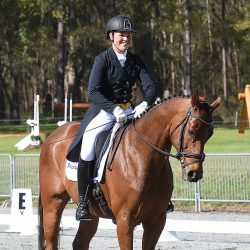 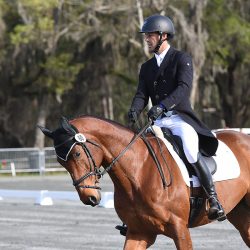 Cross country kicks off here in Tallahassee tomorrow with the Preliminary riders beginning at 8:30 a.m. Here’s a schedule: 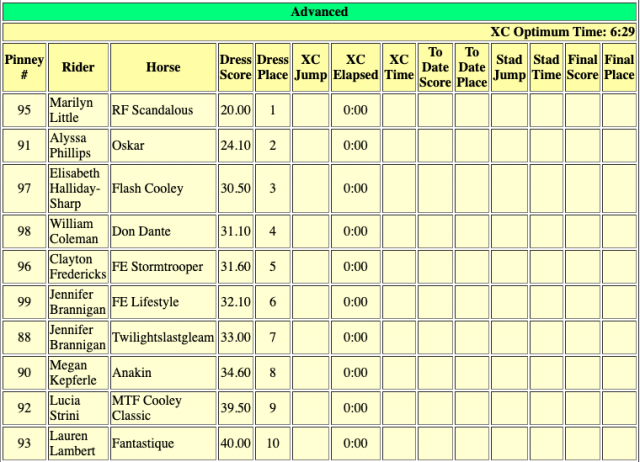 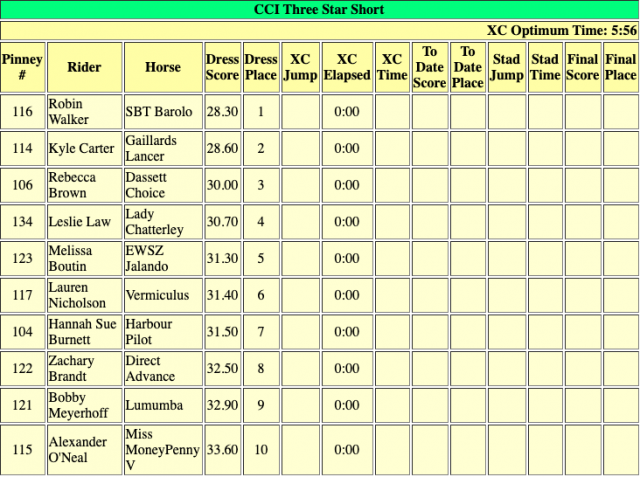