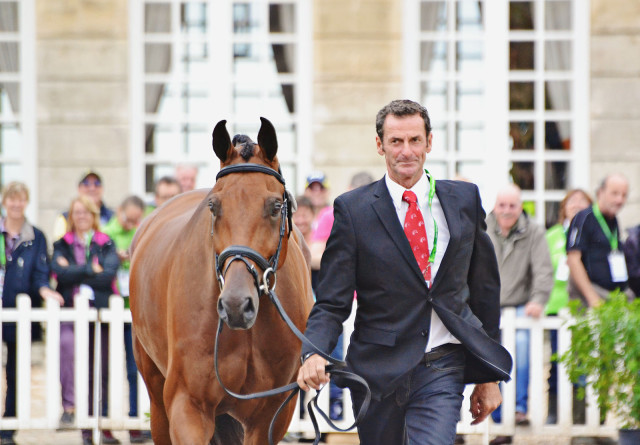 Mark Todd posted a candid recap of his 2014 season over on Keyflow’s blog today. Though he started the year with what he deemed to be one of the strongest teams of horses he’s ever had, the season didn’t go quite as planned. As he put it: “What great levelers horses are!”

After a “dreadful dressage” at Rolex with Oloa and a fall from NZB Campino at Badminton, Mark looked for redemption with Leonidas at the World Equestrian Games in Normandy. Unfortunately, that wasn’t meant to be either.

“The WEG in Normandy, from the time we arrived with a torrent of water running through our stable block, till the time we left, medal less and disheartened, was a chaotic mess. Much has been written about the 2014 WEG so I won’t go over it again, just to say that I hope we never have a disorganised championship like this again,” Mark said.

His bad luck streak didn’t improve come cross country when he fell from Leonidas at the final water, which he said “jumped badly all day.” “We failed to properly measure the bank out of the water and Leo stumbled and crawled up it, depositing me on the ground in the process. So as with past world championships in Gawler (1986) and The Hague (1994), a water fence was indeed my Waterloo!“

It’s good to see Mark’s sense of humor wasn’t dampened in the fall. You’ll remember he had another notable run in with water this year at Badminton. Click here to read the full blog, which gives a chronological look at the highs and lows Mark experienced this year. Cheers to a better 2015, Toddy!