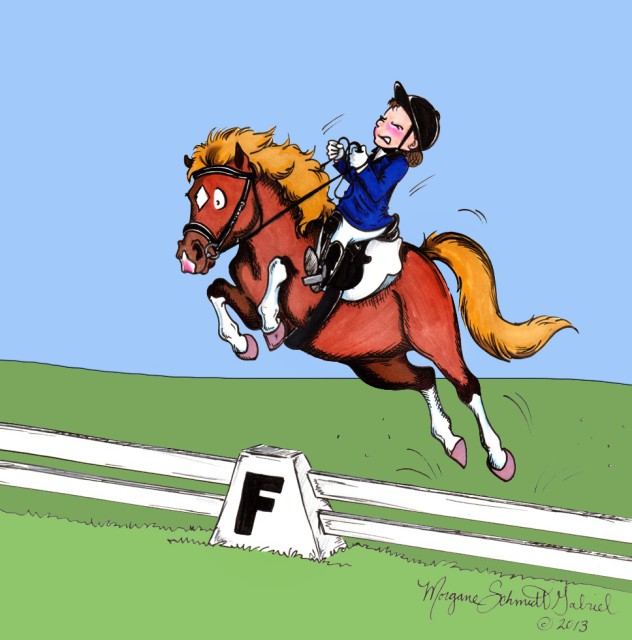 You're doing it wrong. Illustration by Morgane Schmidt.

Big things tend to happen on quadrennial cycles. I guess four just seems like a nice, well-rounded number, not too short and not too long. Every four years, like clockwork, we get a U.S. presidential election, the Olympics, Feb. 29 and, most importantly, new USEF dressage tests.

As you are probably well aware, horses and humans don’t always see eye to eye when it comes to the sport of dressage. For years the equine constituency has been actively campaigning for dressage test revisions they feel would be more “fair” and were disappointed to see that, once again, their suggestions were not included in the newest set of tests.

In their opinion, for instance, the progression of movements ought to closer resemble this: 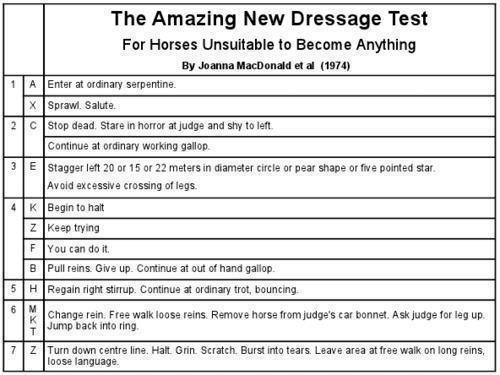 All across the country, they argue, dressage scores would go through the roof. No longer would scores of 90% and up be out of reach for all but the Valegros and Totilases of the world. Dressage, once thought of as an elitist discipline, would become accessible to everyhorse, no matter how well-bred or well-trained. Through sheer will and perseverance alone, we could all strive for and achieve greatness in the upper echelons of the sport.

But new tests are just the tip of the iceberg. Nine out of 10 dressage horses agree that a complete overhaul of the sport is in order. A few of their suggestions as illustrated by Morgane Schmidt, mastermind behind The Idea of Order (go check out her Facebook page here). 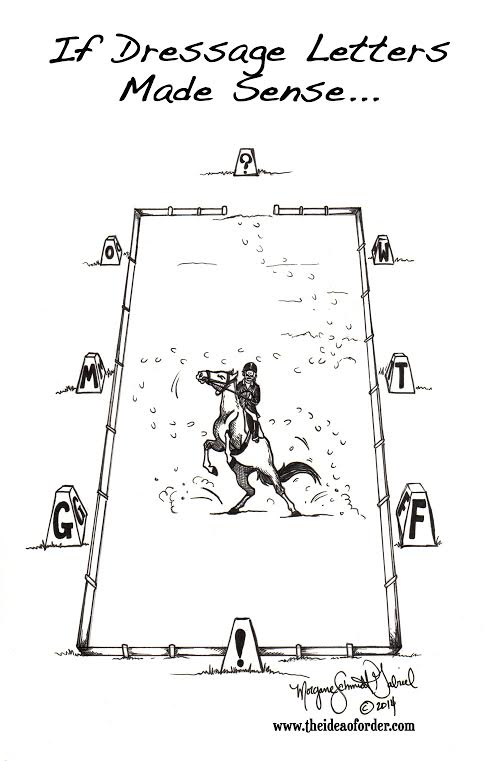 Or, better yet, the elimination of dressage letters altogether. 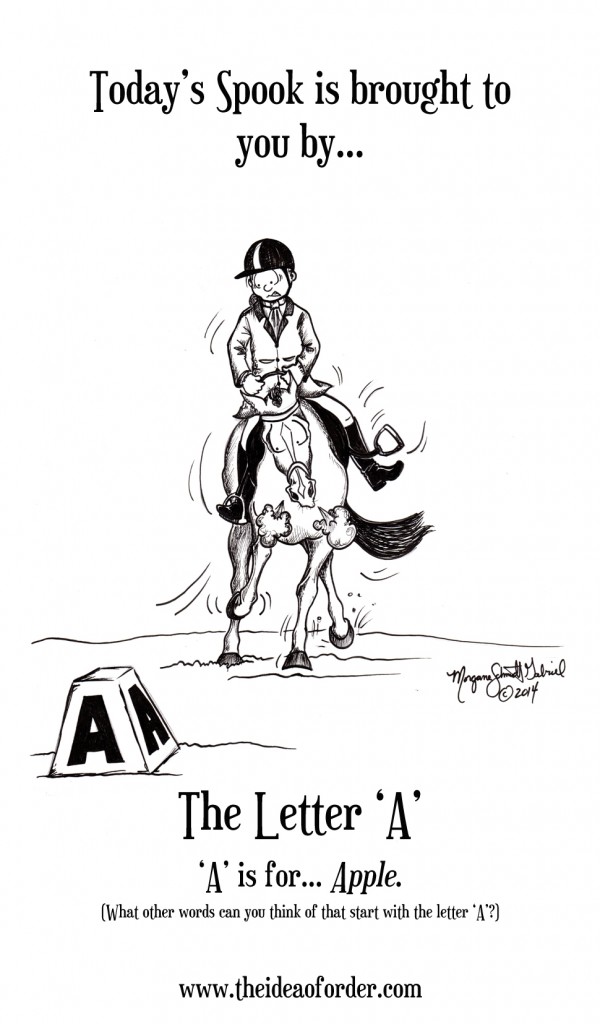 Also, the judge’s box ought to be renamed. 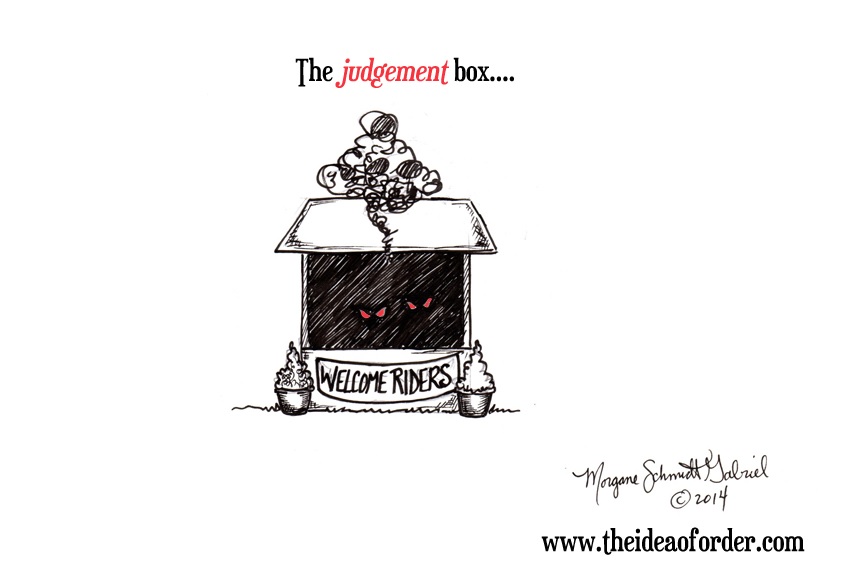 And last but not least, riders should be “optional.” 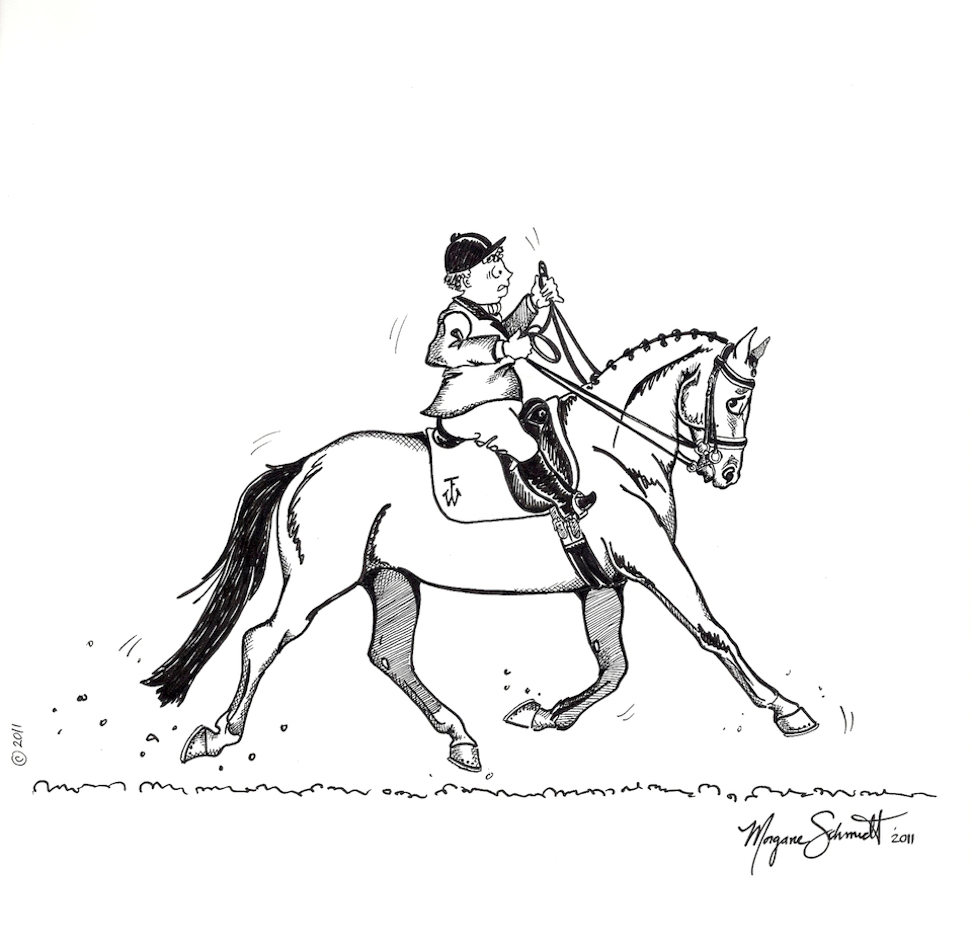 Lexington, Ky. — The 2015 United States Equestrian Federation Dressage Tests have been published on USEF.org. The 2015 Tests will be effective December 1, 2014 through November 30, 2018.

In addition to the 2015 USEF Dressage Test booklet, the USEF has collaborated with the United States Dressage Federation to produce the On the Levels app, which provides examples of the new Introductory through Fourth level dressage tests with commentary from top U.S. trainers and judges, with segments geared toward improving difficult movements at each level. The mobile website will feature 31 engaging videos to help riders understand the requirements for tests within each level, including 18 videos of riders performing each test and 13 supplementary test tip videos. The videos will include narration from top athletes, judges, and trainers, including Kathy Connelly, Jan Ebeling, Hilda Gurney, Steffen Peters, and Jessica Jo “JJ” Tate, each bringing his/her own unique perspective, providing the viewer with a variety of approaches. The launch of the On the Levels app will be announced next week.

In addition to the new USEF and USDF Dressage Tests, all FEI Tests have minor updates in the wording of the Collective Marks as well as changes to the FEI Children, FEI Intermediate A, and FEI Intermediate B Tests. These tests become effective January 1, 2015, and can be found here: http://fei.org/fei/your-role/organisers/dressage/tests.