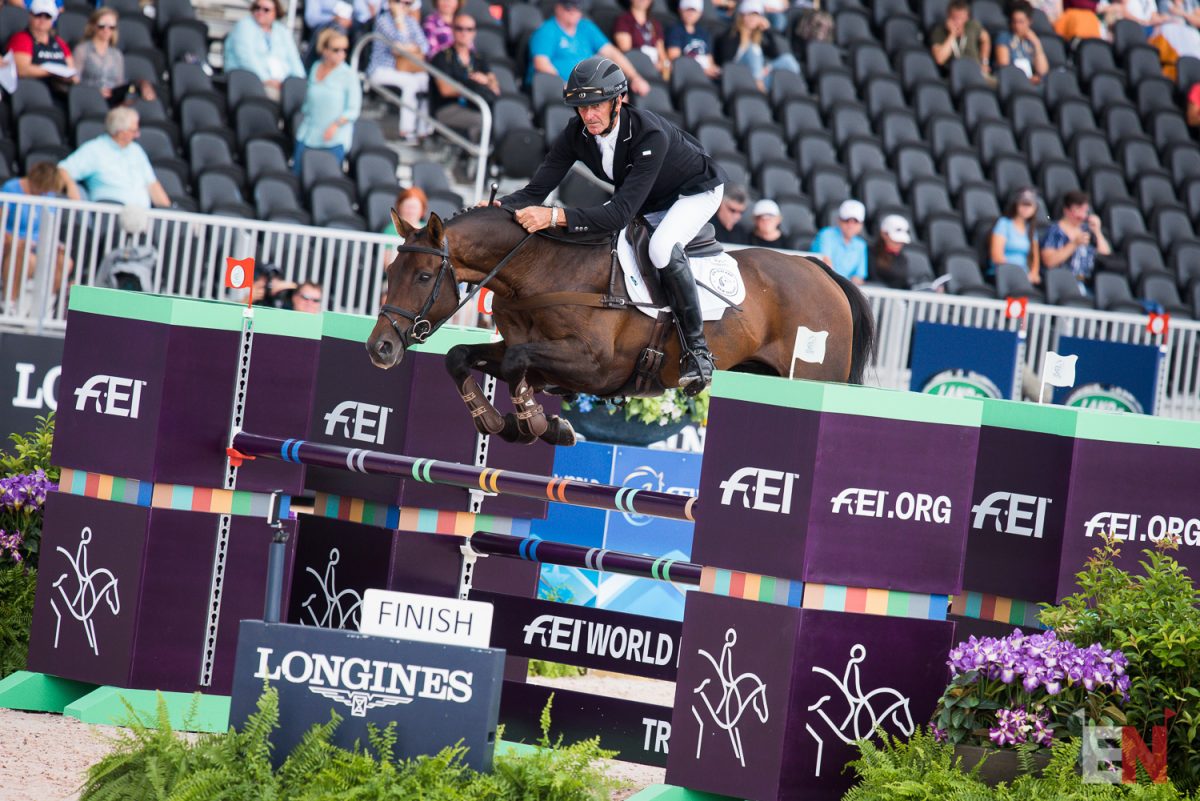 Video footage taken at a clinic with New Zealand’s Mark Todd approximately two years ago made waves online this weekend as the video shows the Olympic gold medalist repeatedly whipping a horse with a tree branch at a water question.

The video and its implications were quickly met with furor online, and Mark Todd has since issued a formal apology for the behavior shown. The British Horseracing Authority (the former eventer now trains racehorses, basing out of Wiltshire, UK) has also launched an investigation into the matter, stating:

“The footage seen this weekend of Sir Mark Todd hitting a horse with a branch has rightly caused anger and upset within the equestrian community and beyond. His behaviour, for which he has apologised, fell a long way short of the standards of care we expect of licensed individuals and that we know is provided to the overwhelming majority of horses in training in Britain every day. The BHA is looking into the incident.”

“I wholeheartedly apologise to the horse and all involved for my actions in this video clip. One of the main things I preach is about establishing a mutual respect between horse and rider and that patience and kindness is the best way to get results. I believe this is one of the main attributes along with a great empathy with animals that has enabled me to have a long and successful career in eventing. I am very disappointed in myself that I did not adhere to that in this case.”

Several major sponsors of Mark Todd and equestrian sport have made statements regarding pending investigations, including Land Rover UK.

This is a developing story.

Update – February 14, 5:15 p.m ET: Horse & Hound reports that Mark Todd voluntarily resigned from his post as patron of World Horse Welfare in the aftermath of the video. They also report that British Eventing has acknowledged their awareness of the incident, quoting “We are disappointed at the content and would like to stress that we view equine welfare as paramount to everything we do and that we expect our members, along with the wider equestrian community, to uphold the same values.”