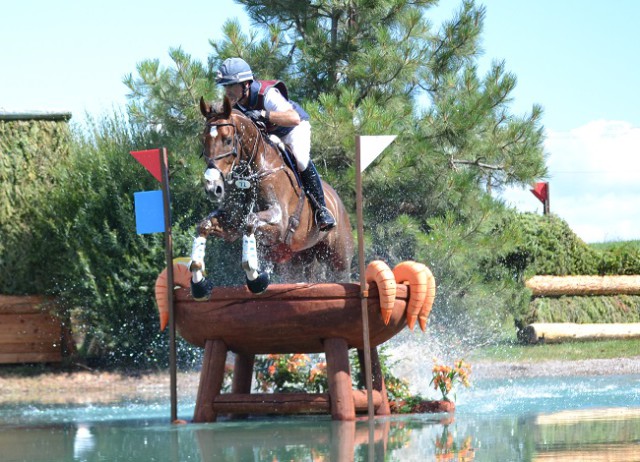 Matt Brown understands the importance of hard work and exposure. He’s been on a tear this year on the west coast, bringing two of his top horses, Super Socks BCF and Happenstance, home with multiple wins at the Advanced and Intermediate levels. Matt was also invited to participate in summer and fall training sessions with David O’Connor this year, and has aspirations of making both the National training list in the spring as well as being considered for the Pan American Games in 2015.

Super Socks BCF is coming off of three consecutive wins: the Advanced at Woodside, the CIC3* at Rebecca Farm, and the Advanced at Copper Meadows. Purchased from Fernhill Sporthorses in 2012, the 2006 Irish Sport Horse gelding is owned by the Blossom Creek Foundation. Matt has commented before about how impressed he is with the gelding’s maturity and eagerness to learn, and he’s primed to make his first CCI3* start at Fair Hill.’

Happenstance is an eight-year-old owned by Mary and Lance McKee who has made great strides at the Intermediate and CIC2* level, winning the CIC2* at both Galway Downs and Rebecca Farm this year and never finishing worse than second in 2014 thus far. He’ll be making his CCI2* debut at Fair Hill.

“Our original plan was to go east earlier this year, in the spring or early summer,” Matt said. “But I just wasn’t quite ready. In trying to get ready for that, I was pushing a bit more and had a fall at Twin Rivers, so I decided to take the pressure off and take the time to prepare some more. We decided to get to Rebecca Farm and reevaluate the plan after that.”

Rebecca Farm was a rousing success for Matt, who won both the CIC3* and the CIC2* with Super Socks (“Flaxen” around the barn) and Happenstance (“Hap”). “I feel good now about going east, and now I have confident horses to do it with. Derek (di Grazia) has been wanting me to aim for Fair Hill, and now he feels like the horses are much more ready to go.”

“Some people have called me crazy for making Fair Hill my first CCI3*, but I work a lot with Derek, and he is confident that we’re ready. Not only is he my coach, but he also designs the cross country course there, so if he says we’re ready then I suppose we’re ready!“

In mapping out the plan for the trip, Matt looked at several options, including Plantation Field, as a stop along the way to Fair Hill. “We talked about doing Plantation because it has a lot of terrain,” Matt said. “I had conversations with many west coast eventers who had been to AECs, and they just raved about it. Being able to leave a week later for AECs rather than Plantation, and since there is a fair amount of prize money involved at AECs, we decided to go to Texas.” 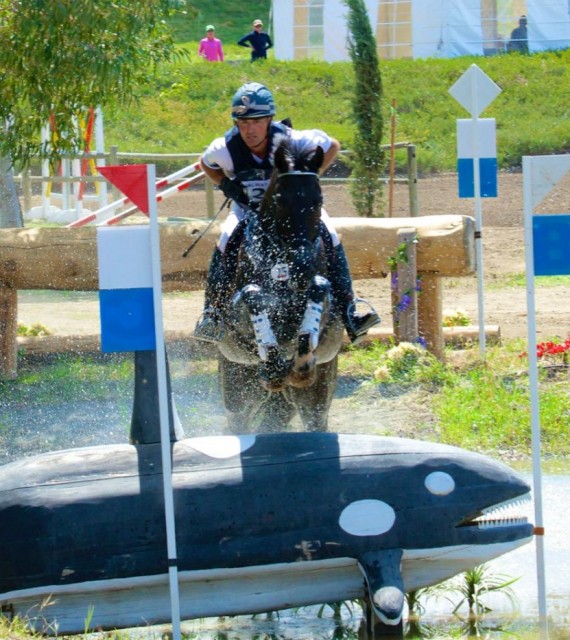 A big undertaking such as this trip does come with a large financial burden, however. Matt and his wife, Cecily, knew that they would need some assistance if they were going to take both horses across the country. “We worked with Frankie (Thieriot, of Athletux) a lot to get her help organizing our ideas to fundraise. We’ve never done anything like this before, and since we don’t have much time to get it done we kind of had to throw everything together quickly.”

With Frankie and several other friends and family members’ help, the fundraising efforts came together. Items were donated to an online silent auction, and a fundraising dinner was organized at Matt and Cecily’s home base in Petaluma, Ca. on September 14. “It feels a bit crazy to be doing it, especially when it’s something that should take about three months, and we’re trying to get it done in three weeks,” Matt said. “But we’ve been blown away by the support; it kind of amazes me how many people are willing to help.”

“My wife and I are very passionate about this, and that passion is what keeps us going, but it’s so helpful when people are behind you and supporting you; even those who have just sent messages saying they’re behind us for this trip, it’s just been amazing.”

The online auction includes several items, including a timeshare trip to Mexico, training packages with upper level riders, event entries, and much more. “I’m not very good at asking for help or talking about myself,” Matt said. “So we’ve delegated some of the work to others who have been so great with getting items donated and spreading the word.”

On September 14, a fundraising dinner will be hosted that will have vendor and sponsor booths, demonstrations (including a karate demo!), and a dollar bill jumping competition. Matt and Cecily want their guests to have a good time and be able to learn more about the sport and the business that they run. Tickets can be purchased by visiting the East West Training Stable website, and bids can be made on the online auction until September 15 on the East West Facebook page.

At the end of the day, Matt and Cecily are both overwhelmed with gratitude at the outpouring of support they’ve seen from their peers. “We knew when we started down this path that it would take a lot of hard work and money we didn’t have,” Matt said. “We didn’t know how it was going to come together. The people who have come forward to support us have just overwhelmed us; it’s amazing that they’re so willing to help and it’s been so wonderful.“

Best of luck to Matt as he works towards his goals of representing the U.S. on the international level. Go west coast eventing!