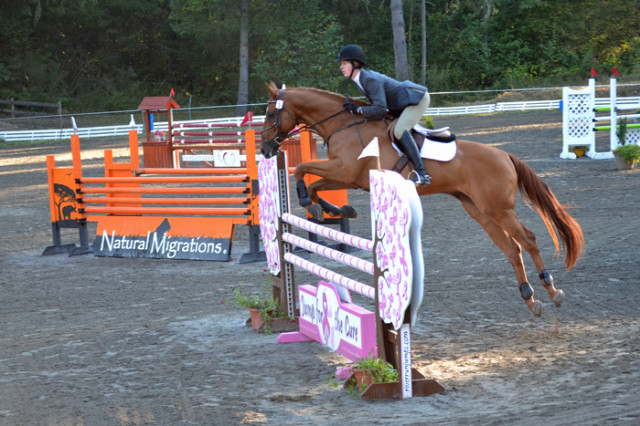 Watching Rebecca and Brighton cruise around Tremaine Cooper’s undulating Advanced cross-country course, you’d never suspect they were coming off a rider fall at their first attempt at Advanced in July. They jumped clear with the fastest ride of the division, picking up just 4.8 time penalties and moving from third to second. They secured the win on Sunday with a clear stadium round inside the time; a repeat performance from the June AFHT, where they handily won Open Intermediate thanks to clear and quick jumping efforts.

Rebecca’s goal going into the competition was simple: complete. But Brighton seemed to have bigger plans, delivering strong performances in all three phases. “He’s kind of figured out this show thing, and decided that he’s special,” Rebecca says. “He’s always been a little insecure, but he’s getting a little bit of an ego, which for him is good; he isn’t spooking as much.”

It’s clear that their years together have resulted in the kind of partnership well-suited to the rigors of eventing. “We’ve come a long ways together, he’s one of my best friends,” says Buehler. “It’s easy to get going and be thinking about what’s next and forget that it’s your partner underneath you. I’ve learned to appreciate what he’s doing for me and enjoy every minute; you never know what could happen.” She and Brighton finished up the weekend with a cache of sponsored prizes, including $2,000 from Tin Men Supply, which Buehler says she’ll put towards a much-needed new car. 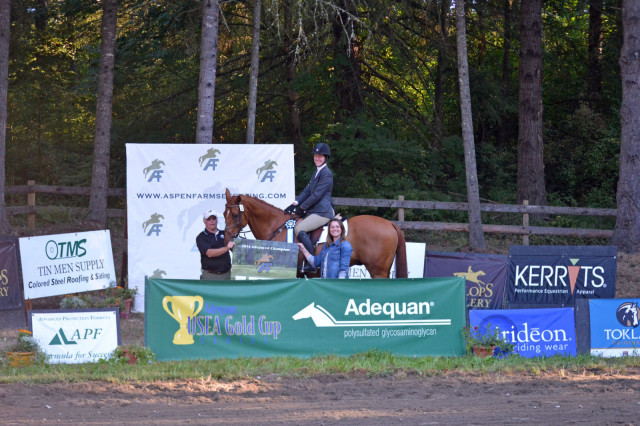 Last year’s Pro Tour /Adequan Gold Cup Advanced winners, Jordan Linstedt and the Hanoverian gelding Revitavet Capato, delivered a 32.7 dressage test for the early lead, and held their position after cross-country. However, the final rail in show jumping and 5 time penalties dropped them behind Rebecca for second. “The spook has been the hardest thing with him; but he actually has been quite steady. He’s consistently been improving,” says Linstedt. Last minute entries Anna Collier and her own OTTB, Gleaming Road, delivered two clear jump rounds to finish third on 50.6. 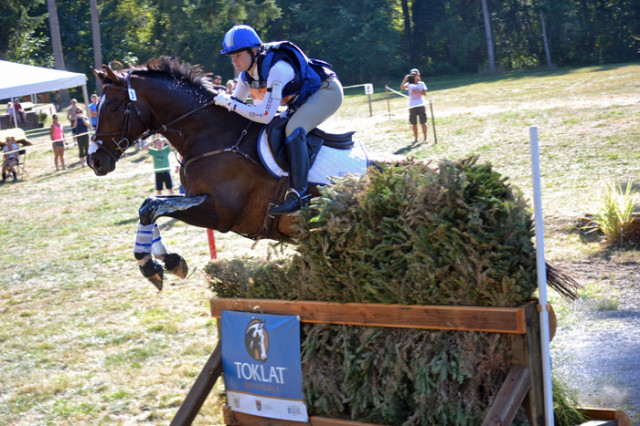 Top performances by OTTBs continued when Mary Burke rode her 12-year-old OTTB, Prince William, to a win in the $3,000 Cornerstone Forest Products Open Intermediate. “We’ve been building his confidence this year with each show,” says Mary. “He’s done remarkably well in really learning the process of cross-country and really getting rideable. I’m pleased with his progress.”

After coming off the win this weekend they plan to put their prize money toward the tw0-star at Woodside. Area VII young rider Cadence Michel riding The Rock finished second in Intermediate, followed by Jeanine Allred and Snap Decision II in third.

Team USA won Intermediate and Training; Team Canada won the Prelim and Novice. Canada also went home with the coveted golden boot after winning the unmounted games portion of the Challenge–cartwheels and all. 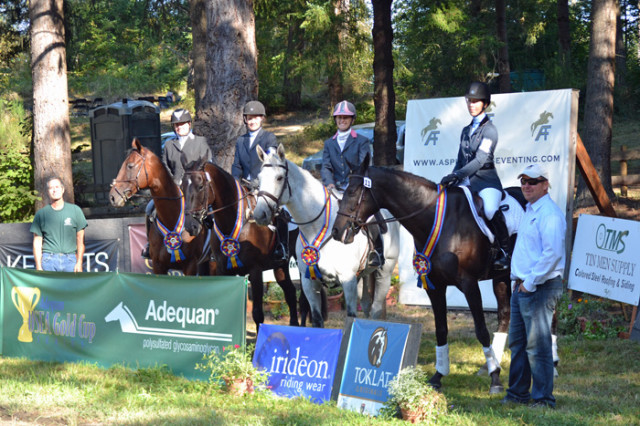 With over 300 horses and riders competing throughout the weekend, the lower levels also showcased talent and fun. Honorable mention goes to one of the most consistent competitors in Area VII: Karen O’Neal. She won the Open Training division on Kelly McKimmy’s Mateo, and placed first and second in Training Horse with Kathryn Daniel’s Calibrae LTD and Linda Weeks’ Lucky, respectively. Karen and Calibrae LTD finished on a 19.5, the lowest score of the entire competition.

AFHT just gets better and better every year, and competitors sing their praises for the show experience that Jonathan and Suzy Elliott provide in Area VII. It’s hard to imagine that when the Elliotts bought the land in 2005, the property was almost entirely wooded. They built the facilities from scratch, expanding a little each year.

Now they offer one of the best show experiences in the west, with waitlists that fill as soon as entries open. “We try to organize everything from a rider’s perspective,” says owner/organizer Jonathan. “We put a lot into sponsors and awards. If you’re successful on the weekend, then you’re rewarded for it.“

This was AFHT’s second year hosting the Pro Tour / Adequan Gold Cup qualifier. “I’ve been super pleased. The weather has been amazing, and the courses rode great,” says Jonathan. “It’s great that we have [the Tour] up here in the Northwest; it’s special to get it here.” He credits AFHT’s dedicated volunteers and crew for helping to put on such a successful show. 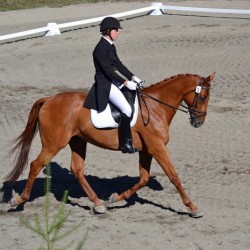 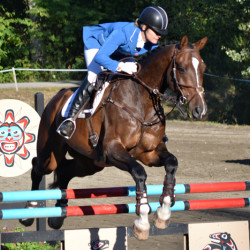 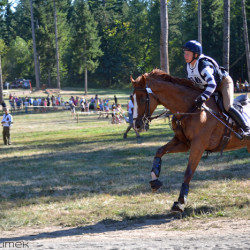 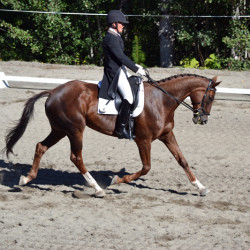 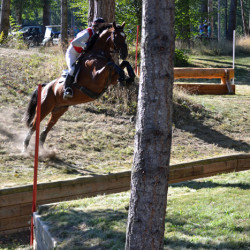 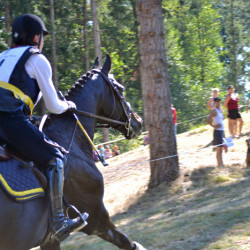 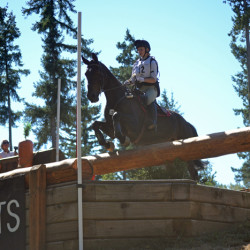 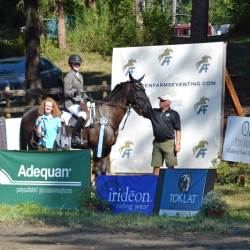 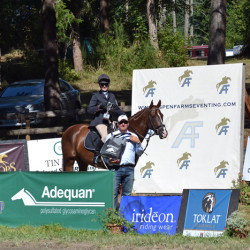 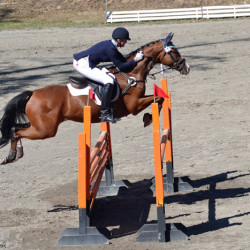 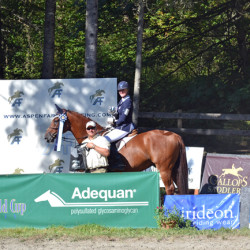 Karen O’Neal and Calibrae LTD, first in Training Horse on their dressage score of 19.5. Photo by Chesna Klimek. 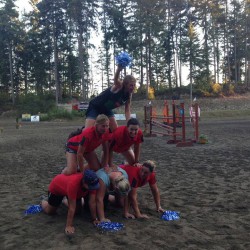