There’s quite enough eventing to keep up with in the States this weekend, much less Europe! Here’s a roundup of what went down today in the dressage at Houghton Hall in Great Britain and Saumur in France.

The first of two days of Houghton Hall CICO3* dressage saw Germany’s Andreas Ostholt into the overnight lead with So Is Et. The 14-year-old Westphalian gelding was Andreas’ 2014 WEG mount and they have enjoyed a quite prolific career together, placing second at their most recent four-star, Badminton, last year. They’ll head into cross country on a dressage score of 38.2.

Show jumping takes place on Saturday afternoon with cross country on Sunday — check out our course preview here. There is no live stream, but you can follow live scoring on bdwp.co.uk. 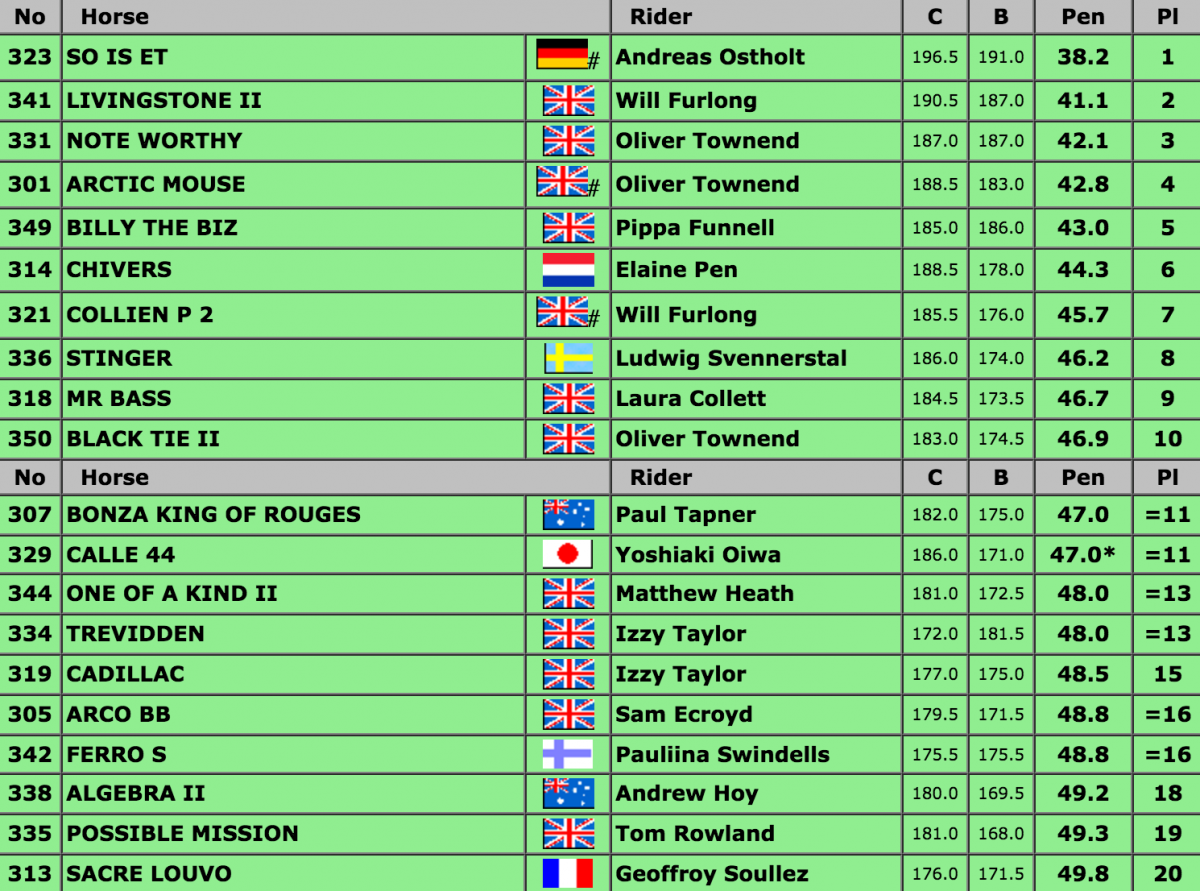 Michael Jung and Lennox 64 strode straight to the top of the leaderboard in Saumur CCI3* dressage today. Their score of 34.5 was several lengths ahead of second placed Karim Florent Laghouag and Entebbe de Hus of France (39.6). Day one dressage leader Mark Todd and Kiltubrid Rhapsody round out the top three (39.9).

Jenni made an interesting connection in her weekend preview: “Lennox 364, a 9-year-old Hanoverian (Sunlight xx X Heather’s Pride, by Heraldik xx), won his first start at three-star level last month at Marbach. Interestingly, fischerTakinou, who won the 2015 Europeans while his jockey battled a broken leg, also won the first three-star start of his career before going on to conquer Blair Castle. Is history poised to repeat itself?” 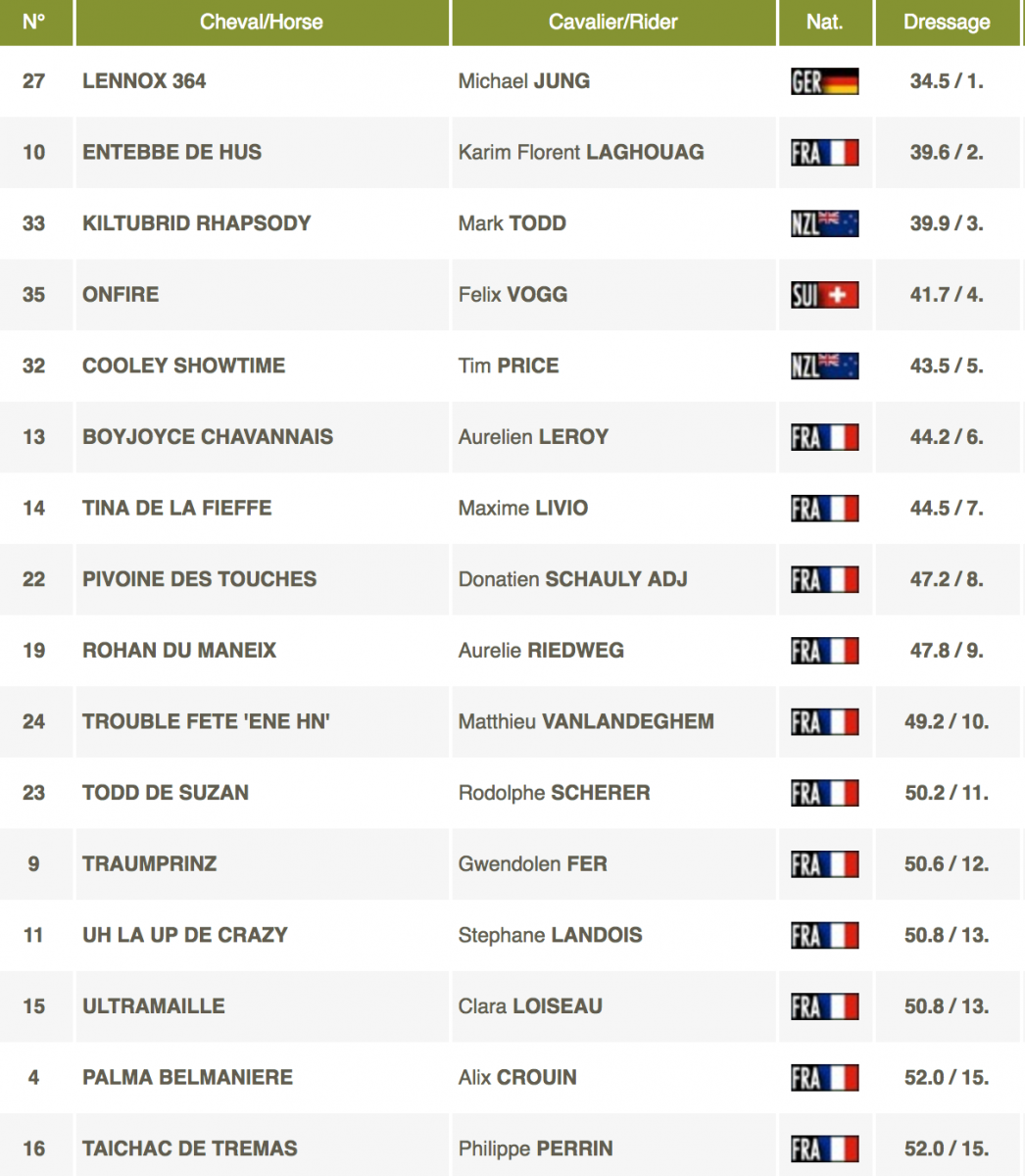