UK-based U.S. eventer Tiana Coudray recently had a huge weekend at Badminton — not over four-star fences, but in the 4- and 5-year-old Dubarry Young Horse Qualifiers hosted earlier in the week.

Her first win was with Donna Sion, by Don Diarado, in the 4-year-old class, followed by a claiming of the top spot in the 5-year-old class with Royaldik son Hullabaloo.

Tiana has a gift for identifying and producing young talent. In 2015 she won the 5-Year-Old Dubarry Burghley Young Event Horse final with Cavalier Crystal.

As for this year, she is off and running, In addition to her stellar Badminton results with the youngsters, she is aiming the talented 6-year-old G and 7-year-old Cancaras Girl at the FEI World Breeding Championships for Young Horses at Le Lion d’Angers in France in October. Tiana extends her gratitude to the horses’ owners, whose support is so critical to the development of these rising stars.

She recently took the time to introduce us to the brightest up-and-comers in her yard. Here are five to keep your eye on in 2017 and beyond! 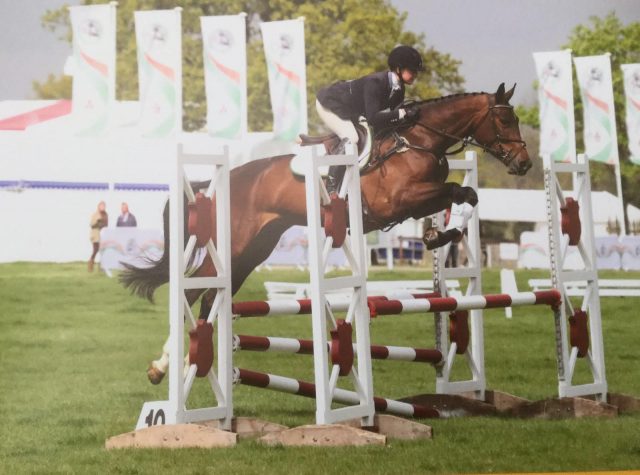 “DD is a beautiful 4-year-old by Don Diarado who was bought from the Brightwells sale last December by Lucinda Campbell. We got her going for a few weeks under saddle and then turned her away in the field to be a baby for a while longer.

“Since coming back into work she has proved to be incredibly brave and level headed making her such an easy baby to work with. She is so balanced and developed for a 4-year-old that she finds the work easy and has been a real star in every way. She will do a few events and the 4-year-old championships later this year but otherwise have a fairly easy year.

“Since she finds it all so easy and has a ‘been there, seen that’ attitude, the temptation would be to do lots with her. As much as youngsters need to get out and see lots of things for their education, I believe it’s really important with the ones that are ‘ahead of the class’ that you don’t take it for granted and keep going for more and more. Although they are keen to work and excelling at every turn, they are still growing and mentally they need to be allowed to be babies some of the time. Once she has done a bit, she will go back out on holiday for a few weeks or a month and carry on like that until next year.” 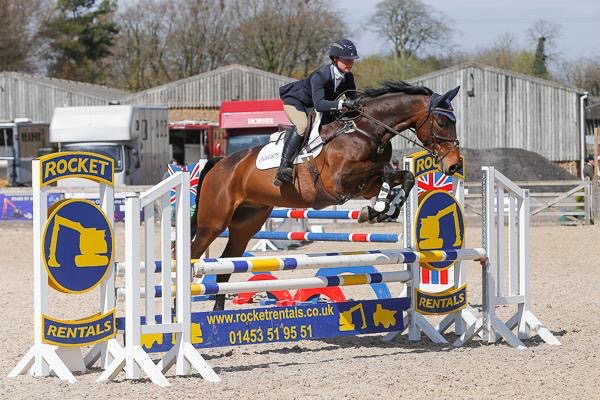 “Baloo is a 5-year-old gelding by Royaldik out of a Burgraff mare owned by Nicola Burton who owns Wrestow Stud. He is a really handsome, big horse who attracts attention everywhere he goes. He has the breeding and the looks of a proper event horse. Nicola has sent him to us to give him a solid foundation for her son to take over the ride down the road.” 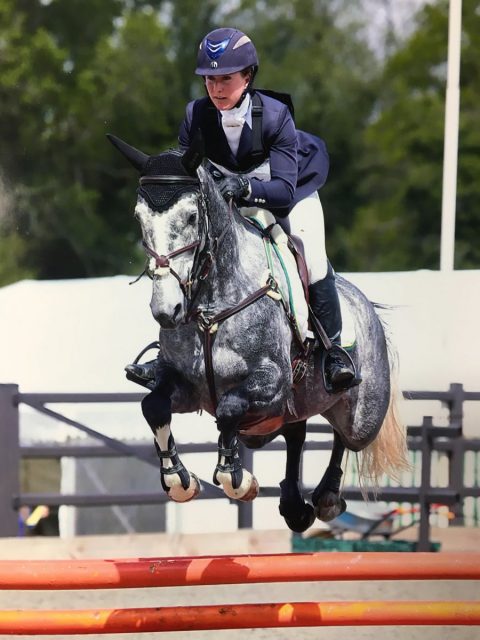 “‘The Prawn’ is a 5-year-old mare by Quality Time and owned by Annabelle James. She is a scrappy little whippersnapper who thinks she runs the show and knows it all! Annabelle bought her sight unseen last year in memory of her good friend Karen Hughes who sadly lost her battle with cancer. Annabelle decided that life is short and she wanted to take a chance and enjoy it.

“She arrived a completely feral, scrawny little thing and hence we started calling her Scrawny-Prawny, which eventually became The Prawn. We backed her last autumn and she was turned away in the winter. She has been quietly coming on this spring and just did her first event last weekend, scoring a 29 double-clear to win so we’re excited for her season ahead.” 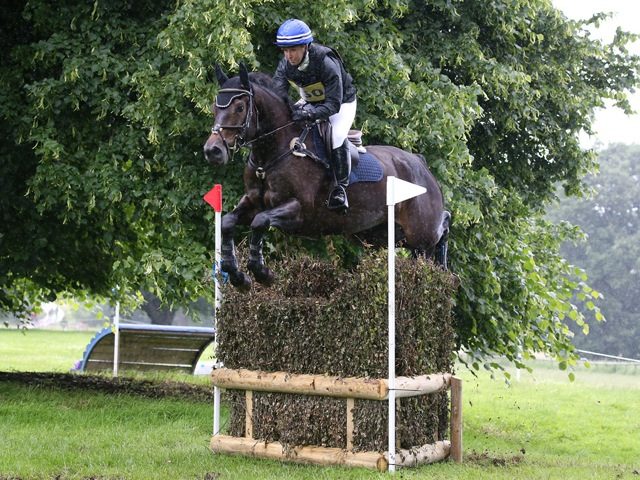 “Rupert we bought together with Diana Chappell as a raw 3-year-old as a project to get going under saddle and then sell. As it turned out he took a long time to back and have riding away reliably and in that time we became quite enamored with him and so he still hasn’t been sold!”

“He’s made child’s play of everything so far and in only six runs last year had already gotten to Novice (Preliminary in America) scoring a 21 double-clear! That was in July and I said, that’s it, he’s going on holiday as he was still only a 5-year-old and he didn’t need to do anything more for his age! He has continued to excel this season at Novice and will hopefully do a 1* this summer with the 6-year-old World Championships at le Lion in mind for this October.” 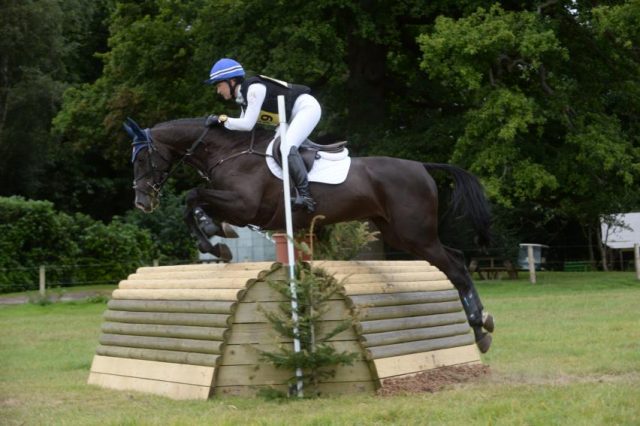 “Cara is a 7-year-old mare that I saw advertised on Facebook having done a little bit of show jumping. I wasn’t at all in a position to buy a horse but something about her just struck a cord and I was on a plane to Aberdeen the next day. With the help of Diana Chappell we bought her that week.”

“A week after that, and with Cara having no clue what dressage was or why you would ever be ridden on grass in an open field, I took her to her first event which she jumped around like a legend! She has taken everything we’ve thrown at her like a champ and is proving me right for thinking she was something special. While she is very green in some ways and still catching up on parts of her education, she’s proving to be a very good horse, and a natural at cross country. She will go Intermediate at her next event and aim for a 2* later this summer. If she continues to succeed we will aim her also for le Lion in October.”