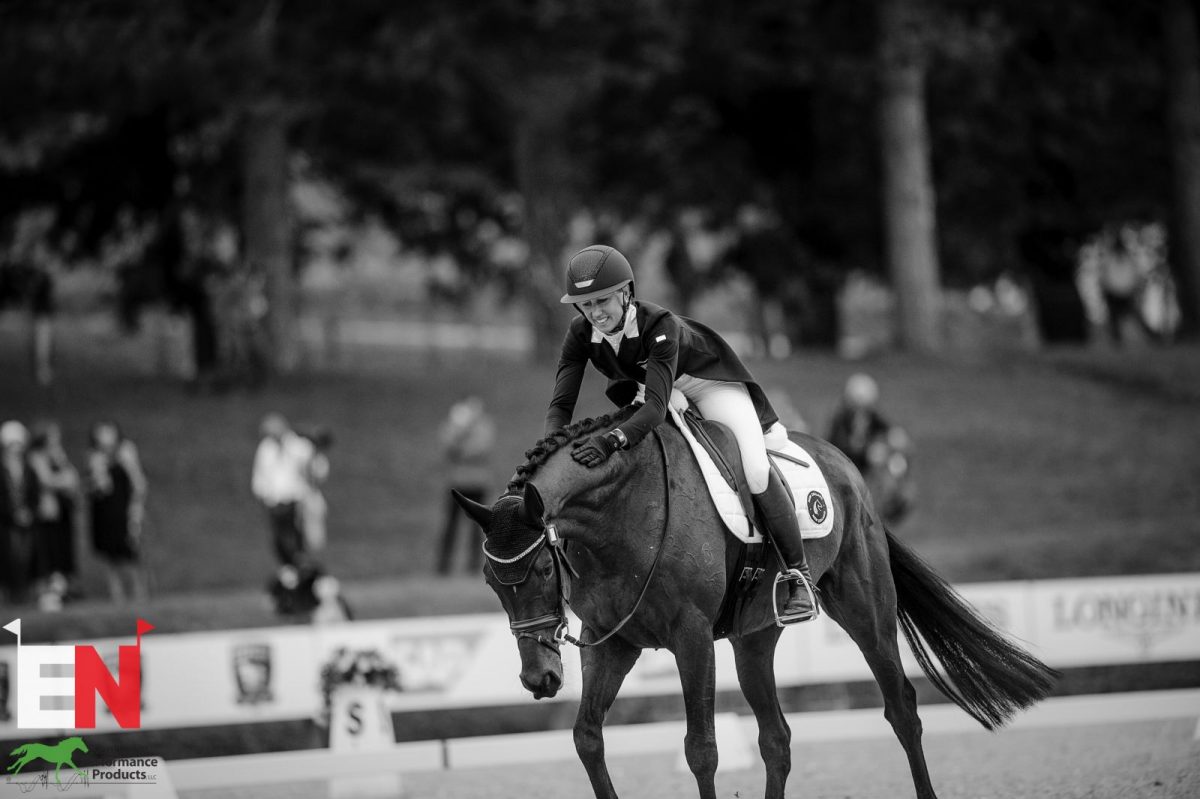 When the trip to your first World Championships involves a travel time of over 50 hours and several days in the trailer, you want to make good on your shot to make an impact.

Monica Spencer did just that with her unraced New Zealand Thoroughbred, Artist (Guillotine xx – Maxamore xx, by Volksraad xx), taking a decisive early-days lead at the pair’s first FEI World Championships with a dressage mark of 25.6.

Monica, who found out she’d been named to the New Zealand squad just three days before Artist’s flight out of New Zealand (“you kind of plan like you’re going in case you’re going and then all of a sudden you’re going!”), traveled more than 50 hours in total from her home in Taupo, New Zealand to Clarke Johnstone’s current base in Gloucestershire, England. This is her first time competing in the Northern Hemisphere, and as such the trip necessitated leaving her husband, Spencer, and her 10-month-old son, Gus, behind at home.

“I’ve been away for five weeks, so [I’m] a little more emotional than I normally,” she said. But the task at hand is in full focus, and she’s pleased with the start she’s made — a score she knows the horse she’s had since his four-year-old year is capable of earning.

“It’s, you know, we can do it at home and then you come to a stage like this and you always think some things could fall apart and hope they won’t,” she said. “But he was a trooper. He was relaxed, he just did what he was asked.”

The incredible mover caught Monica’s eye at his first show in New Zealand, where he was under the re-training of Polly MacDonald. Originally bred by Windsor Park Stud in New Zealand to race but not showing enough speed for the task, he’d been sold on and had begun his new career. “I saw him at his first show from the other side the warm up and I promptly trotted over to Polly and asked if she would sell them and I’ve had him ever since,” she explained. 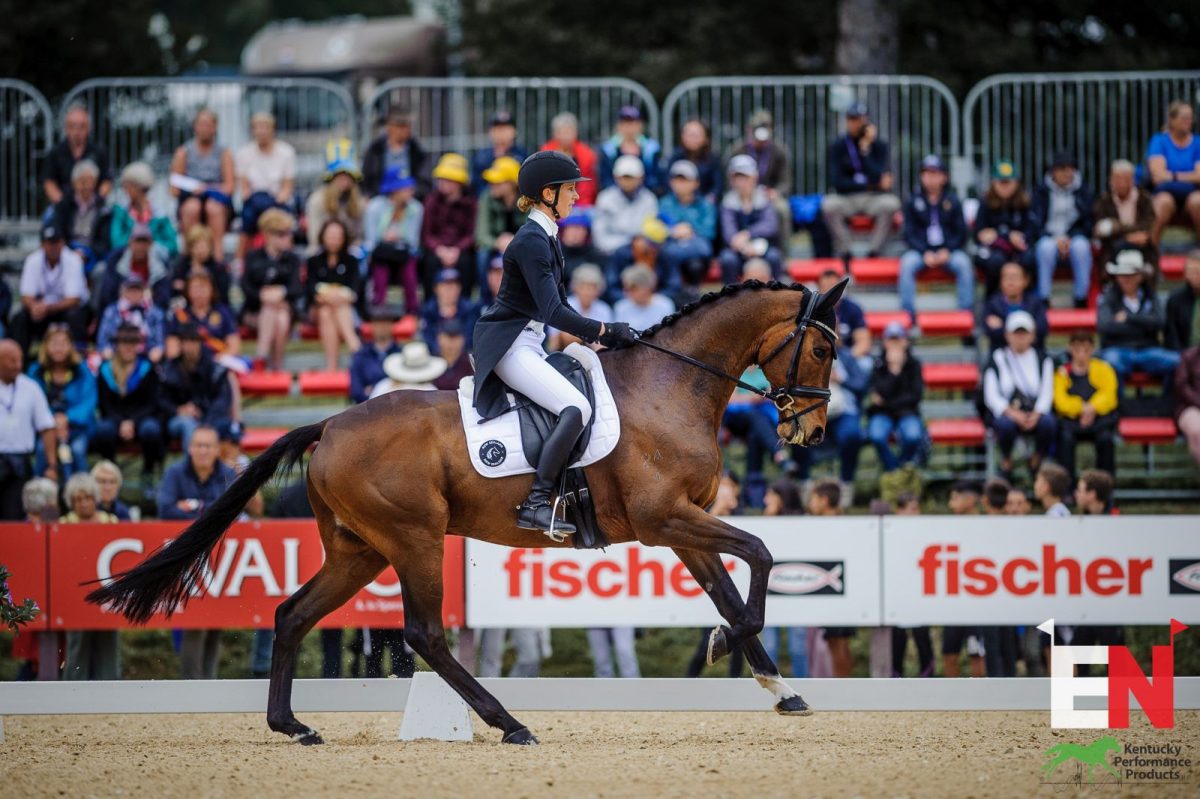 Monica will be the pathfinder for the Kiwis come Saturday, and this combination has an excellent cross country record to give them a boost. “There’s enough to do — it would be very easy to make a mistake, but I think everything’s jumpable so just got to piece it all together,” she said of the challenge ahead.

[More from this morning’s dressage in my live update thread]