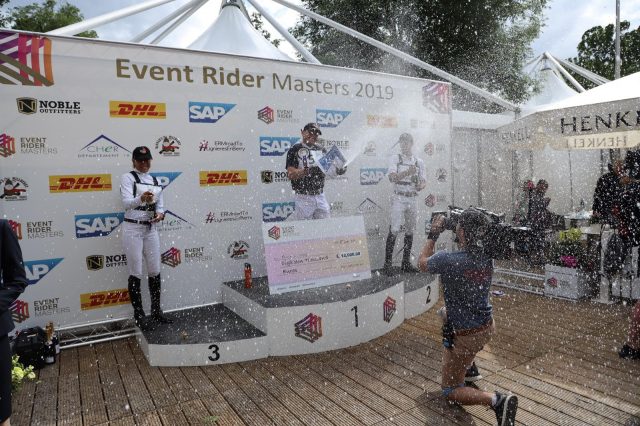 Who’ll be the next superstar to emerge from Michael Jung’s stable? Star Connection has once again put his best foot forward with a second Event Rider Masters win. The pair clocked around Rüdiger Schwarz’s CCI4*-S cross country course today at Germany’s Longines PfingstTurnier Wiesbaden to take the win on a final score of 23.4.

The top spot on the leaderboard has changed hands thrice across Wiesbaden’s three phases. Ingrid Klimke and SAP Hale Bob OLD took the dressage lead on an ERM record-breaking score of 16.4, only to be overtaken by Julia Krajewski and Samourai du Thot in show jumping. That pair withdrew before cross country, leaving the next in line for the throne, Michael Jung and Star Connection, in position to claim the win.

They headed out on cross country with a comfortable 11-second margin already in hand but needed little of it. They were up on the clock as they entered the main arena for the final part of the track and cruised home with 1.2 time penalties.

Star Connection has been making a comeback following injury and last competed at the level at Jardy in 2017 when he won the ERM leg.

“He’s a really, really nice horse,” Michael said. “He has a lot of quality in all three disciplines and he has a super brain. He’s very easy to ride, and I’m very happy to have him back.” 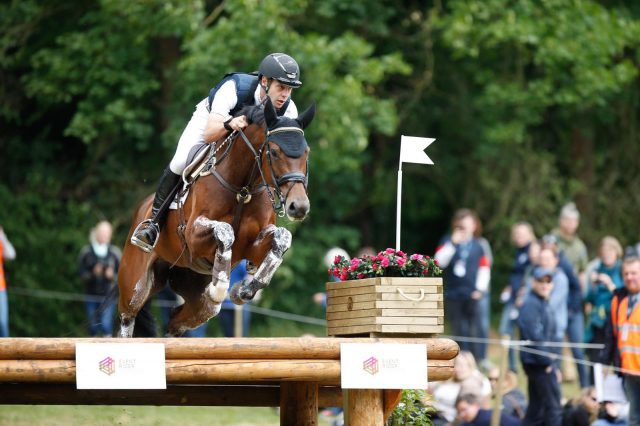 Australia’s Chris Burton has been called the fastest man in the sport, and indeed he delivered the fastest round of the day aboard Lawtown Chloe to move from fifth up to second place and finish on his dressage score of 28.3.

As to whether the mare will be his go-to ERM horse for the remainder of the season, Chris said, “If she keeps going like this, I’ll certainly ask her to. We’re delighted that she went so well, and what a great show we’ve had in Wiesbaden.” 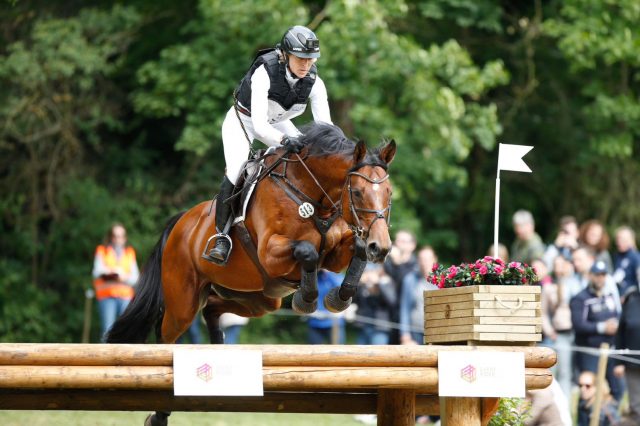 After slipping down the leaderboard with three rails down in show jumping, a clear round inside the time boosted Ingrid and “Bobby” back onto the podium to finish third on 28.4.

“It was really so much fun, and he really loves it,” Ingrid said. “From fence to fence, he went faster — ears in front looking. It really was pure fun to ride him around here. Thank you to the big crowd for cheering us on.” 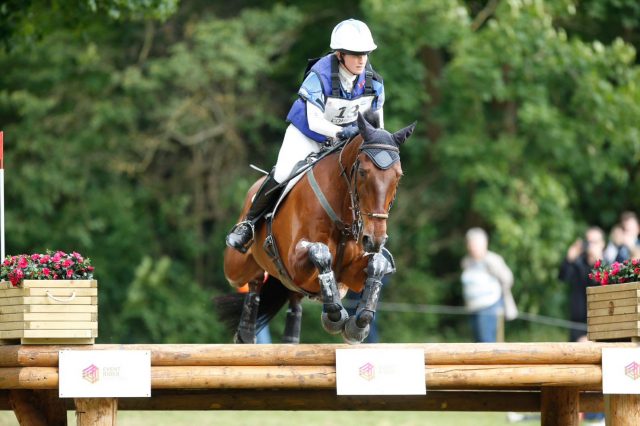 The 2017 Wiesbaden champions, Britain’s Sarah “Cutty” Cohen and Treason, delivered the third clear round inside the time to move from seventh up to fourth place on 29.1. Louise Romeike and Waikiki 27 added 1.6 time penalties to finish fifth on 30.9 for Sweden. Australia’s Bill Levett and Shannondale Titan added 4.4 time penalties for sixth place on 31.2. U.S. representative Liz Halliday-Sharp with Fernhill By Night picked up 3.6 cross country time penalties to finish 7th overall on a score of 29.2.

Germany’s Andreas Ostholt and Pennsylvania 28 were the only pair to pick up jumping penalties, with an unfortunate runout at 7B dropping them from fourth overnight to finish in 11th place.

Looking to the series standings after Leg 2, Laura Collett and Michael Jung are now tied for the lead with 30 points. Chris Burton and Tom McEwen sit in equal third with 28 points. Lucy Jackson and Ingrid Klimke share the fifth spot with 26 points.

This report is edited from a press release. 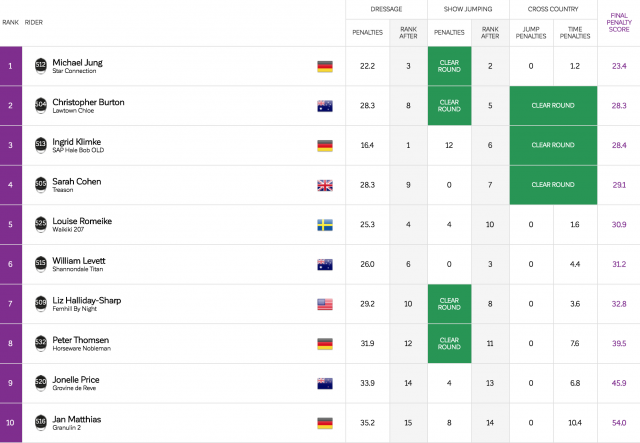 Next up: The third leg of the 2019 ERM series takes place at Arville in Belgium on June 22-23. Keep up with all the action as it unfolds on eventridermasters.tv!