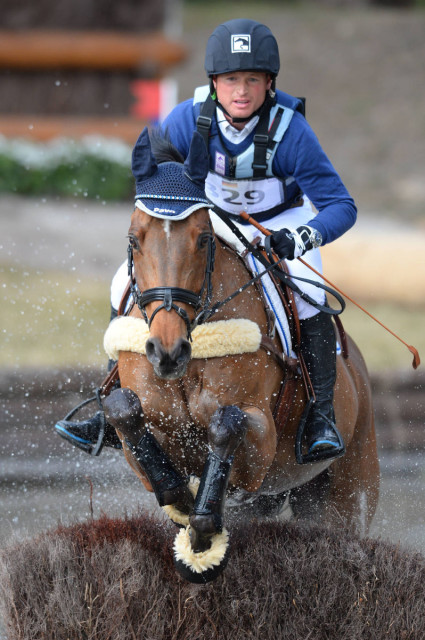 If there were any questions remaining regarding La Biosthetique Sam’s return to FEI competition this weekend, Michael Jung quickly silenced them in Ze Terminator fashion, clocking in a clear and quick cross country run today to hold the lead in the CICO3* at Fontainebleau in France.

Michael and Sam added 7.6 time penalties to their dressage score to take 41.7 penalties into tomorrow’s show jumping. He doesn’t have much breathing room, though, as he’s got less than a rail in hand over France’s Gwendolen Fer and Romantic Love, who rocketed up the board from 13th place with the quickest run of the day. 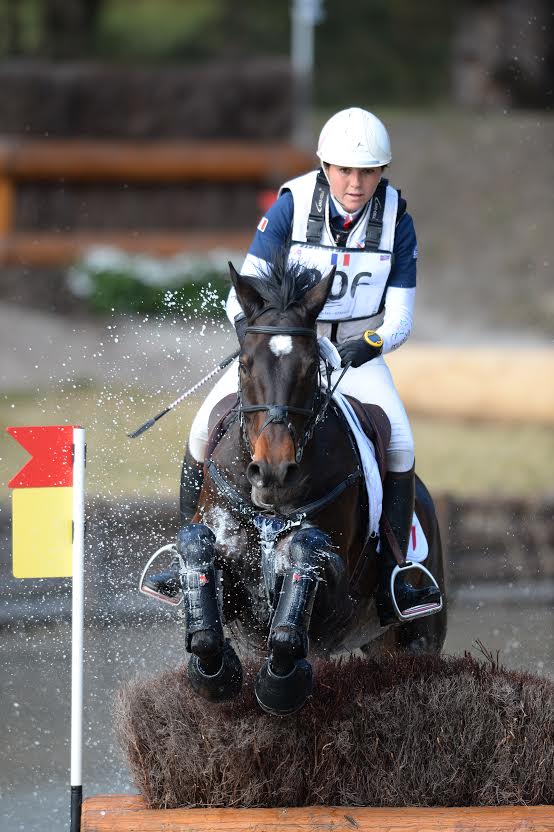 France is solidly in first position in the FEI Nations Cup competition thanks to three of their riders holding steady in the second through fourth positions after today.

Arnaud Boiteau and Lt. Col. Thibaut Vallette swapped spots on the board after lying second and third after dressage, adding just time to their dressage scores to sit in third and fourth, respectively, overnight.

Great Britain’s Izzy Taylor and KBIS Briarlands Matilda round out the top five with another quick round, adding 7.2 time to their dressage score, good enough to bump them from seventh on a cumulative score of 47.6.

Michael Jung’s other superstar, Fischerrocana FST, will remain in sixth place with 7.6 time penalties added. Consistency, anyone? Michael brought both of his rides home with exactly the same amount of time penalties.

U.S. bred Crown Talisman moved up a few spots, from 23rd to 18th, with Great Britain’s Nick Gauntlett after a clear round with 12.8 time penalties accumulated. Go Tali!

Cross country seems to have ridden quite well for the competitors, with just four pairs running into any trouble on course. One pair, France’s Stanislas de Zuchowicz and Qogoun des Ibis elected to retire on course.

Stay tuned for much more from Fontainbleau as the competition wraps up with show jumping tomorrow! 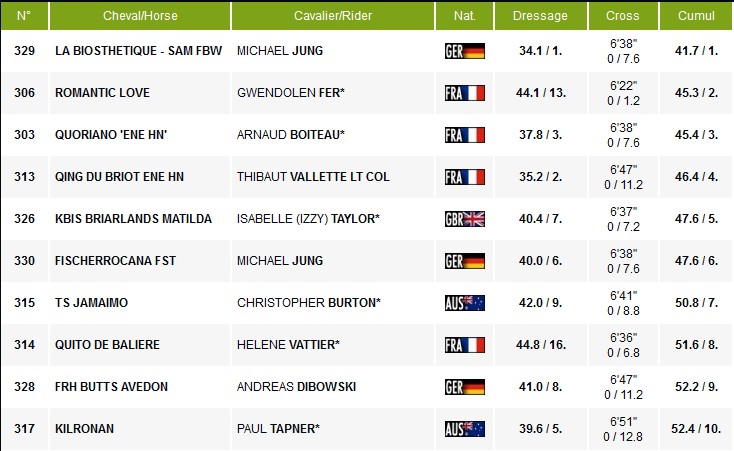