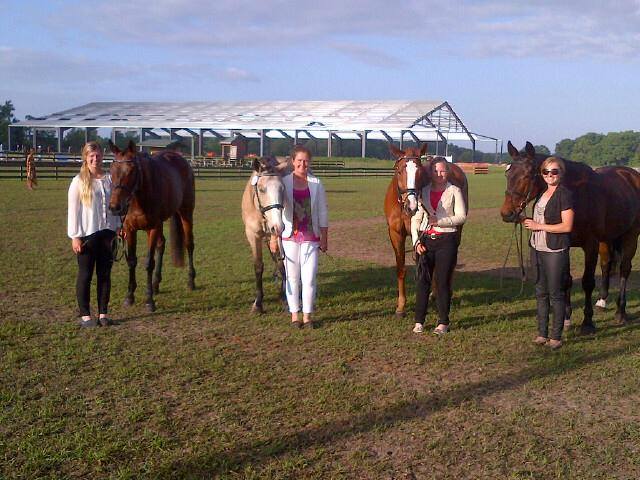 The Ocala Horse Properties International HT wrapped up the FEI divisions today with show jumping. In the CCI2*, Michael Pollard led wire to wire with Halimey, who added one rail to his overall score for a final of 43.1. Michael told me yesterday that he was very pleased with Halimey this weekend and feels that their partnership is progressing in the right direction. Elinor MacPhail, who has some very nice horses in her string currently, picked up second place aboard RF Eloquence. This pair finished on their dressage score of 43.2. Leslie Law finished third and fourth with Fernhill Whatever and Tout de Suite. Elinor MacPhail rounds out the top five on the gorgeous Rendezvous with Charley.

In the CCI*-A division, Julie Richards and Fernhill Splash also added just a rail to their dressage score to secure the win. Not too far off in second were Elisa Wallace and Corteo, who show jumped double clear today to solidify their position. Kelly Prather and D.A. Duras, who had moved from seventh to third after cross country, added one rail to pick up the third place ribbon.

Jessica Phoenix and Bentley’s Best moved up from second to take the win in the CCI*-B division. Double clear rounds were scattered today, and many pairs had at least one rail down, making the leaderboard shuffle a bit at the top.