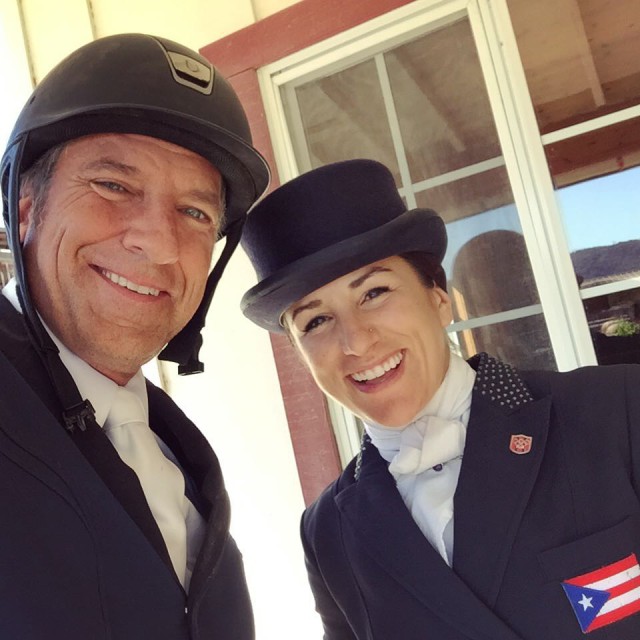 Lauren Billys and Mike Rowe get ready to show off their dressage skillz. Photo via Lauren on Instagram.

It’s not often that you get a phone call from a producer at CNN. It’s even more rare that this call is concerning your love of horses, but that’s exactly what happened to Lauren Billys. In a whirlwind few days involving meetings with producers and securing a filming location, Lauren found herself a part of a new Mike Rowe (you may know him from “Dirty Jobs”) show called “Somebody’s Gotta Do It.”

“One of the girls, Paula Langon, who rides at one of the barns I do is in charge of the California Dressage Society, and the producers for the show actually contacted her,” Lauren said. “She thought of me and asked if I’d be interested in doing a tv show/documentary. I wasn’t really sure exactly what it was, but it sounded fun.”

Within a matter of days, Lauren had had conference calls with the producers for the show, which focuses on people who have unique interests and passions for their job. The show has visited people who make their career in Professional Bull Riding, drag racing, and many other “niche” sports.

“I think a lot of the interest was sparked from that Colbert show bit,” Lauren said. “But it does make sense, as most people may not really know that people out there make a living with riding horses.”

The episode was shot at Holman Ranch in Carmel Valley, Ca., and Lauren’s trusted school horse, Comanche (owned by Diane Hawkin), was the star of the show. “I was kind of nervous at first, but once the crew got there, it was just a normal day,” Lauren said. “Mike is so intelligent and personable, and he immediately started asking questions and was fascinated by everything.” 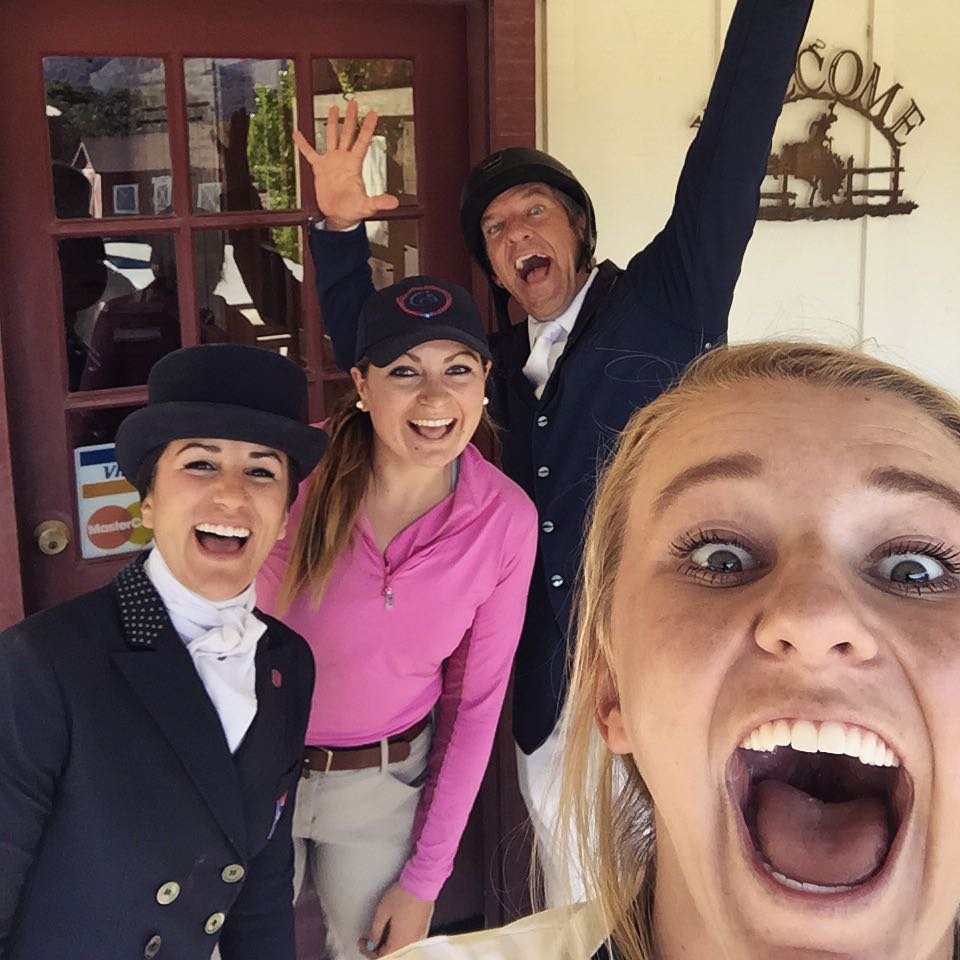 Selfies with Mike Rowe! Photo via Lauren on Instagram.

Turns out, Mike spent a lot of his early life around horses as his mother had a strong interest in them. “You can tell that he’s spent time around horses because once he got in the saddle, he had great posture and picked up posting within about 30 seconds,” Lauren said. “He was very fascinated that your seat can command them to do all sorts of movements and really wanted to learn.”

Lauren gave Mike a lunge line lesson aboard Comanche, a 25-year-old “been there, done that” Thoroughbred, teaching him the basics of walk, trot and canter. She took away his reins and his stirrups to help teach balance and independence, and at the end Mike was dressed in full dressage show gear and sent off to ride his first “test.”

“I think for him, realizing dressage in its most basic form and all of the different elements that go into it was really interesting,” Lauren said. “He asked a lot of questions, including about how I was able to make it and have a nice horse to take me to international competition. So I was able to open the conversation about sponsors and owners and how vital they are to the sport. I think what he saw was that yes, it’s an expensive sport, but it’s possible with the support system we have in place.”

Lauren was very grateful both to Mike and his producers at CNN but also to Holman Ranch, which opened its doors to Lauren and the crew to play host to the TV show. The episode of “Somebody’s Gotta Do It” will air approximately 8 months from now, so we’ll be sure to let you know the air dates once they are made available.