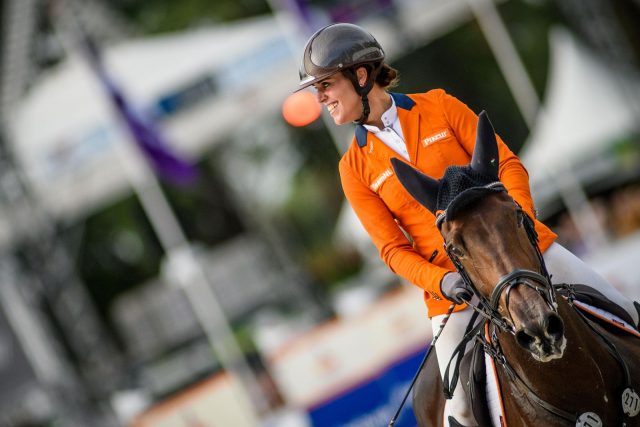 Eventing party people, this one’s going to hurt: the Netherlands’ premier event, Military Boekelo, has just announced the cancellation of its 2020 renewal in response to the ongoing COVID-19 crisis, a sentence I’m sure we’re all getting sick of writing now.

Boekelo’s CCI4*-L, scheduled for October 1–4, hosts the finale of the FEI Nations Cup series, as well as the Dutch National Championship, and is an enormously popular end-of-season option for riders from around the world. In 2019, we saw it act as the trial run for the new Tokyo format and the final chance for a team ticket. It’s also remarkably popular as a spectator event even among the non-horsey, with a jam-packed calendar of evening entertainment and provisions in place for corporate entertainment. In other words, it’s many people’s favourite event, and with jolly good reason. Many had pinned their hopes on a resumption of international sport by this late stage of the season, but the financial and logistical implications of a virus-ravaged season have precluded this.

“The board has taken this decision after intensive consultation with representatives from the national and international equestrian sports world,” reads the statement released this morning (May 14). “The possibility to allow the event to run, possibly without public attendance, was considered until the last possible minute. But the four-star level at which Military Boekelo is held calls for an infrastructure in which no concessions can be made. Without the public and the financial support they provide, it’s impossible to create this. Furthermore, the organisation and its partners feel that they have a responsibility to prioritise the health of society.”

Military Boekelo President Robert Zandstra continues, “Since the beginning of the coronavirus, we’ve been looking at which options might be possible for this event to run. Everything has come under review, from running without public to custom measures [to ensure social distancing]… The Military is dedicated to bringing together horses and people in an environment where top sport comes first. But for now, getting society slowly back to normal is extremely important. That’s why we’re not going to muddle an event together, but instead postpone it for one year. Then, everyone will have a plan.”

The 2020 running would have been Boekelo’s 50th anniversary, so expect the event to come back with a bang next year.

“We now have some extra preparation time and hope for our 50th birthday, together with the participants, employees, owners, sponsors and founders in good health – it will be great to celebrate,” says Zandstra.

2021’s iteration will run from October 7–10, and we expect the world-famous parties will be even more ridiculous than normal. Our recommendation? Book your tickets now and give yourself something to look forward to. It certainly won’t let you down.