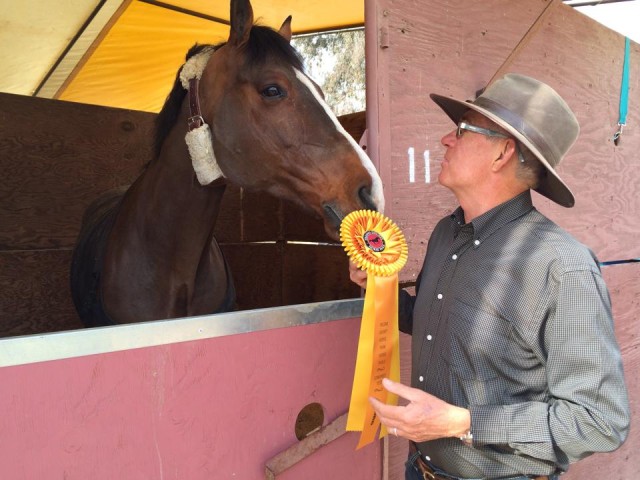 It’s official!  Show season is underway on both coasts!  I am impossibly excited. The simple joy of checking scores and seeing pictures of smiling faces with scoresheets and ribbons was very missed.  Once the season’s first outing takes place, the evenings and weekends spent planning trips and daydreaming about the amazing season ahead become so much sweeter.  It is like that first strawberry of summer – small and still a bit tart, firm as you bite in to it, but undeniably a strawberry and a promise of even better things to come.  Yum.

The Aiken Eventing Gala is less than a month away!  The Gala is designated as a benefit for the Land Rover US Eventing Team and is a great opportunity to come out and support them in their quest for Gold at the WEGs.  The Gala will be held at StableView Farm in Aiken, SC.  If you wish to attend, please make sure your RSVP is in by February 7th!  For more information, reach out to Bryn Wells via email at [email protected] or by calling 859.225.6948.

It just became easier for eventers to don helmet cams in Britain!  British Eventing Press Officer Nina Lloyd Jones told us this morning via email that the organization has loosened its rules on helmet cams. “Before now, riders used to be required to tell us every time they were using a hat cam at a BE event and also to notify us every time they were posting the videos online, but they don’t need to anymore. They just have to sign the agreement, and then they can use the footage (within terms of the agreement),” Nina said. A show of hands for who wants to see a William Fox-Pitt helmet cam?

A 28 year old man died in an incredibly tragic trailering accident in Montana over the weekend.  A further three people were injured and one horse euthanized due to the accident.  A horse trailer came unhitched the truck that was towing it, crossed the center line and struck an oncoming vehicle.  [More from greatfallstribune.com]

In New Mexico a horse sale turned violent, leaving one man in critical condition due to a gunshot wound.  From what authorities have been able to piece together so far the situation took a bloody turn as part of an altercation related to the price of the horse.  The suspect has been identified but fled the scene and has yet to be found.  [More from abqjournal.com]

The mustang and wild burro situation in the western United States is a hot mess.  The federal government is responsible for an estimated 40,000 wild horses and burros roaming in the west.  In addition, there are almost 50,000 held and cared for at various holding facilities around the country. The situation is beyond critical and no one seems to have any good answers.  [More from washingtonpost.com]

Set your DVR’s, Weird Al Yankovic is voicing a character for My Little Pony: Friendship Is Magic.  The episode is set to air February 1st and features Yankovic as a pony named Cheese Sandwich.  This promises to be at least as entertaining as the time that Conan O’Brien called a horse-race at Santa Anita.  [More from USA Today]

Clive Smith, owner of legendary steeplechaser Kauto Star, is getting in to the eventing game.  With the input of Team Britain’s chef d’equipe, Smith has purchased Pamero 4 and is giving Laura Collett the ride.  Collett and Smith already have an established working relationship as Collett is the trainer that has been retraining Kauto Star for Dressage after his retirement from steeplechasing.  [More from Horse and Hound]