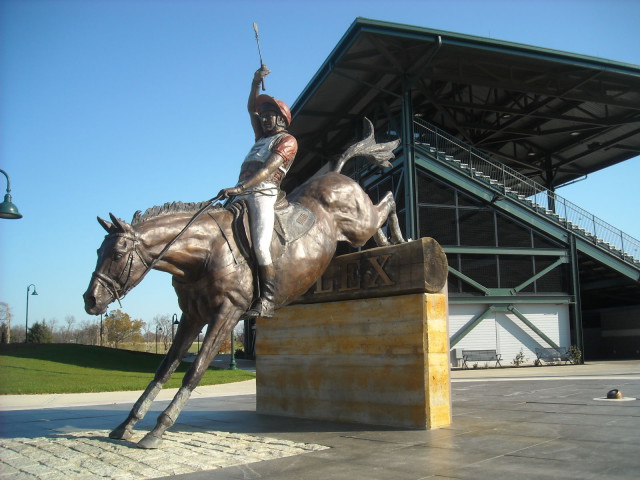 The 2019 USEA American Eventing Championships close this week! The deadline is approaching to be a part of what’s expected to be one of the biggest AEC yet. Plus, it’s at the Kentucky Horse Park and who doesn’t want to ride there. Each and every competitor will do their show jumping in the big Rolex area, so if you’re on the fence put your fancy pants on and enter! (Need a nudge? Six reasons to just put your entry in already.) We’ll see you there.

We are devastated to learn that 15-year-old British Eventer Iona Sclater died yesterday in a riding accident at home. A very talented rider, Iona had been long listed for the Pony Europeans in 2017 and in 2019. Our thoughts are with her parents and her sisters. [In Memoriam: Iona Sclater (2003-2019)]

Grand Prix dressage rider Michael Barisone has been charged with attempted murder following the shooting of one of his clients at his Hawthorne Hill dressage facility. [Michael Barisone Charged With Attempted Murder After Shooting]

Though his name is only one letter, Z has a full length back story that will bring you to tears. [Heart Of A Lion And Eye Of An Eagle: The Full Circle Journey Of Z]

For many of us in the southern portion of this country, it’s hot and it’s going to stay hot for quite a while longer. Make sure your horse is properly cooled down. The first step is knowing your horse and his normal cooling out patterns. [Top 10 Tips for Cooling Down with Dr. Jennifer Miller]

Best of HN: Book Review: “Keys to the Kingdom of Dressage” by Susan B. Stegmeyer

Monday Video: Blame it on eventing overload — can you forgive us for not following (too closely) the weekend’s CCIO4*-S at France’s Le Haras du Pin? Karim Florent Lagnoua won with Punch de L’esques on a score of 31.9, followed by Britain’s David Doel and Galileo Nieumoed in 2nd and fellow Brit Kirsty Johnson with Classic VI in 3rd. France took the Nations Cup team title as well. View final individual results here and Nations Cup team results here. Here’s a replay of the dressage and show jumping live streams.