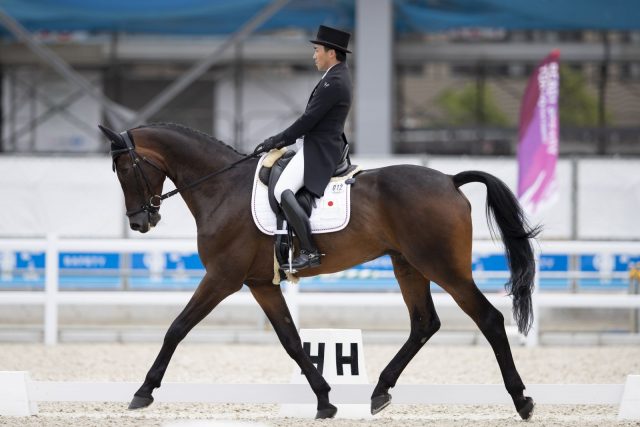 We’re a year out from the 2020 Tokyo Olympic Games, and the Ready Steady Tokyo test event is underway at the Equestrian Park at Baji Koen and the new Sea Forest cross country venue. Run as a CCI3*, the test event is meant to trial logistics, results, timing and data handling, footing, and transport between the two venues, along with other key factors that are crucial for the smooth running of next year’s Games.

Japan’s Yoshiaki Oiwa has taken the dressage lead among an impressive field that includes 17 athletes from Japan, Germany, Australia and Great Britain. Yoshiaki, who claimed double gold at last year’s Asian Games in Jakarta (INA) and is a three-time Olympian, demonstrated why he is a pillar of the Japanese team today, earning a mark of 24.5 from the three judges.

He is well-mounted with Bart L JRA, a 13-year-old Dutch-bred gelding previously ridden by Frenchman Matthieu Lemoine on the gold medal team at the Rio 2016 Olympic Games. Yoshiaki, 43, is based in Europe but excited for the opportunity to perform on home soil.

“I’m a home country rider and I’ve been based in Europe for the last 18, 19 years,” Yoshiaki said. “So many people are supporting and helping me, but they’ve never seen what I’m doing, so this is a very very good chance to show what I’m doing and what this sport is about. Hopefully we can do the best performance and all the Japanese people do their best and get medals.” 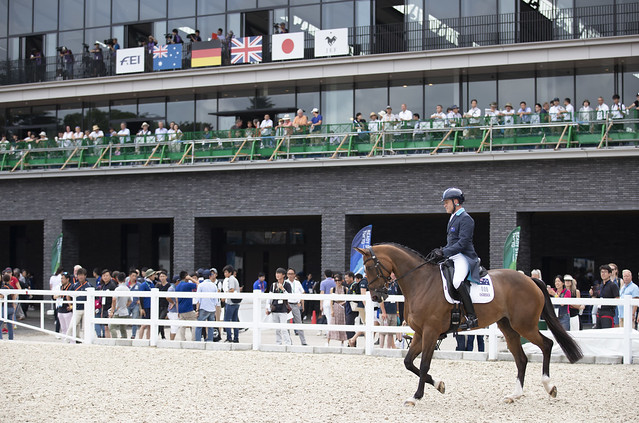 In second is Australia’s triple Olympic team gold medalist Andrew Hoy with Bloom Des Hauts Crets, who sits 3.2 penalties behind on a score of 27.7. 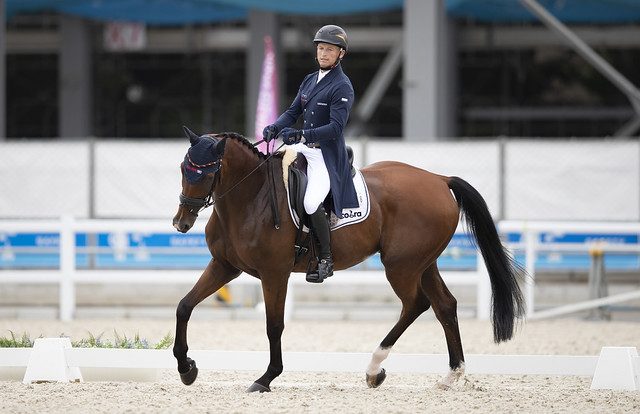 The top five are all under 30 penalties, with Japan’s Ryuzo Kitajima and Vick Du Gisors JRA fourth on 28.2 and Germany’s Peter Thomsen with Horseware Nobleman fifth with 29.5. Also flying the flag for Japan, Kuzuma Tomoto is sixth with Tacoma d’Horset on 30.4, a single point but three places ahead of his trainer, British legend William Fox-Pitt with Summer At Fernhill.

The host nation has recently proven itself a real force on the international scene, with Japan taking team and individual gold at the Asian Games in Jakarta and the team finishing fourth and just out of the medals at the 2018 WEG 2018 in Tryon last September.

Looking ahead to Tokyo 2020, Kuzuma commented, “Our team is really tough and has got strong quickly. We’re aiming to get a medal, that’s why we have to improve more and more. We have lots of nice riders so we can do it for sure.” 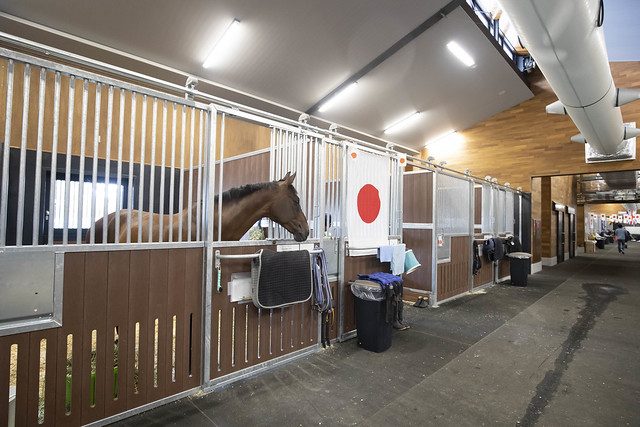 The final pair up the centerline today, Japan’s Kazuya Otomo and GHS Calvaruise, withdrew after placing last of the 17 dressage starters. The other horses have been transported to the stables at Sea Forest where they will spend the night before cross country tomorrow.

Cross country course designer Derek Di Grazia has built a special 3,025-meter track for the test event, incorporating 20 fences with 31 jumping efforts. It will give athletes, National Olympic Committees (NOCs) and National Federations (NFs) a chance to assess the undulations of the terrain without giving too much away about Derek’s vision for the Olympic course.

Twenty NOCs are onsite for the official observers program, which includes a session on climate mitigation protocols aimed at minimizing the effects of heat and humidity. The FEI is also conducting a study on both human and equine participants at the test event with the goal of further boosting current research on optimizing performance in a challenging climate. Full details of the Observers Program are available here. 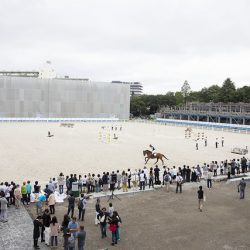 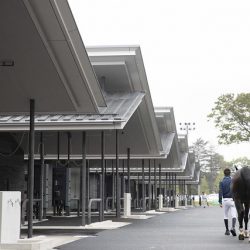 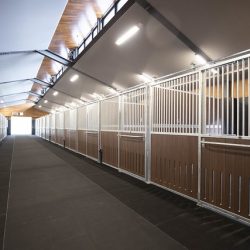 On Wednesday the action returns to the new facilities at Baji Koen, site of the Olympic equestrian events at the 1964 Tokyo Games, for the final show jumping phase. Independently funded by the Japan Racing Association, the Baji Koen refurbishment will provide an extraordinary legacy for the residents of Tokyo, as will the park that will be created on the reclaimed land at Sea Forest, which also hosts rowing and canoe sprint next year.