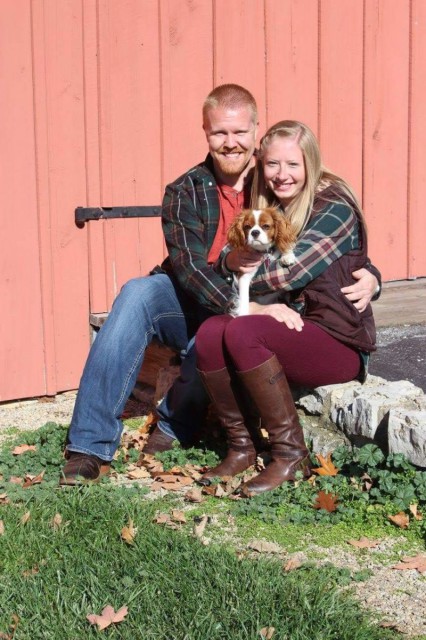 It’s a storyline that will ring familiar to horse-crazy girls of all ages. “During high school she had no interest in boys whatsoever,” Rodney Remley recalls of his daughter, Courtney. “It was all about the horses. She didn’t have time for boys.”

Courtney owned an OTTB and was into anything and everything horsey, especially eventing. For the Remleys equestrian life is a family affair, and their calendar includes an annual trek from their home in Elm Center, Ohio, to volunteer at Richland Park H.T.

“She loves her eventing, that’s for sure,” Rodney says. 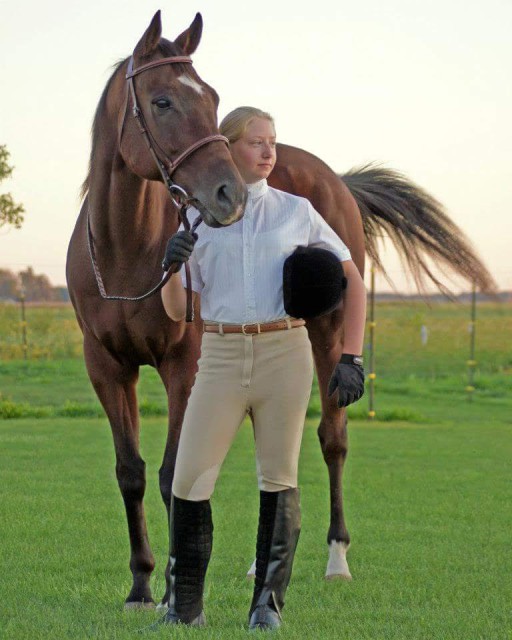 The Remley family attends the annual University of Findlay equine swap meet to shop for new tack. Three years ago at the swap they befriended another family, the Pattersons. They went out to dinner and the Pattersons invited the Remleys to ride a bus with their 4H group to the Rolex Kentucky Three-Day Event.

“It was something Courtney  always wanted to go and we’d never gotten around to doing it,” Rodney says.

The catch: It was the weekend of her senior prom.

They went, and the Remleys bumped into the Pattersons a few times during the event. But it wasn’t until they were on the bus home that Courtney and the Pattersons’ son John hit it off.

“John came up and sat with Courney and was helping her with some homework she had to do for school the next day,” Rodney says. 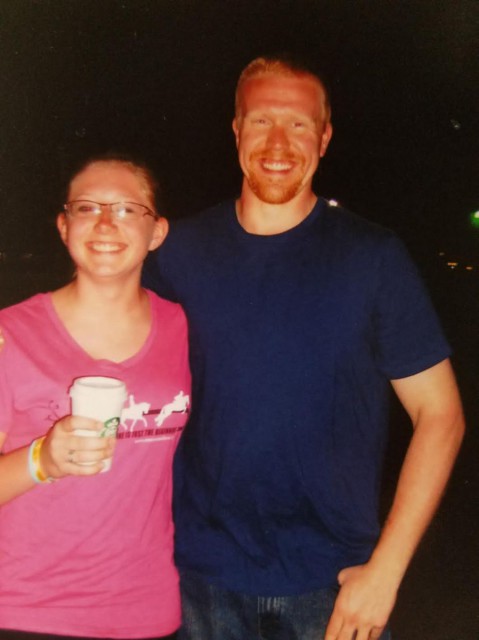 Courtney and John at a Starbucks on the way home from their Rolex trip. “We joke that this is their prom photo,” Rodney says. Photo courtesy of the Remley family.

The two kept in touch, and it wasn’t long before they were dating. Meanwhile the families continued their tradition of meeting up at the Findlay swap meet each year, including the 2017 meet on Feb. 19 — which had a surprise ending.

“This year at the swap meet we met up and went to the same restaurant we’d gone to the year we met, and he proposed to her,” Rodney says. “He planned it that way — he wanted to make it something that was special to them.”

Here’s wishing John and Courtney all the best. Thankfully John grew up with horses as well — he showed Arabians — and the couple is already looking for a farm on which to start their married lives together. Rodney chuckles: “So he knows what he’s getting into!” 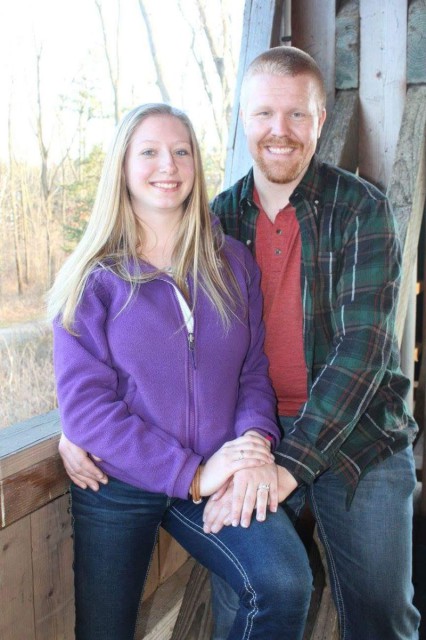 Rolex 2017 takes place at the Kentucky Horse Park April 27-30. Entries opened last week, and you can check out a list of horses and riders qualified for the event here. Go Eventing!