There are moments in eventing that makes it all worthwhile. Where the stars align, the clouds part, and something amazing happens.  After the early mornings and late nights, the hot summers and frigid winters, when you keep chipping away at the dream. Through stitches and broken toes, time faults and rails, forgotten movements and baby horse moments.

This weekend at Hagyard Midsouth, my young OTTB, River, was awarded the most precious gift: a 36.1 in dressage. To most eventers a 36.1 in dressage would be disappointing. It’s pretty average. But for me, I started to ugly cry down the center line because this young event horse finally got it together. No rearing or spooking … no off-track-giraffe-a-saurus … no frowny face and apology from the dressage judge on your test sheet. You stayed IN the ring, performed ALL of the movements, and some of them even looked like you knew what you were doing! You were fantastically mediocre. 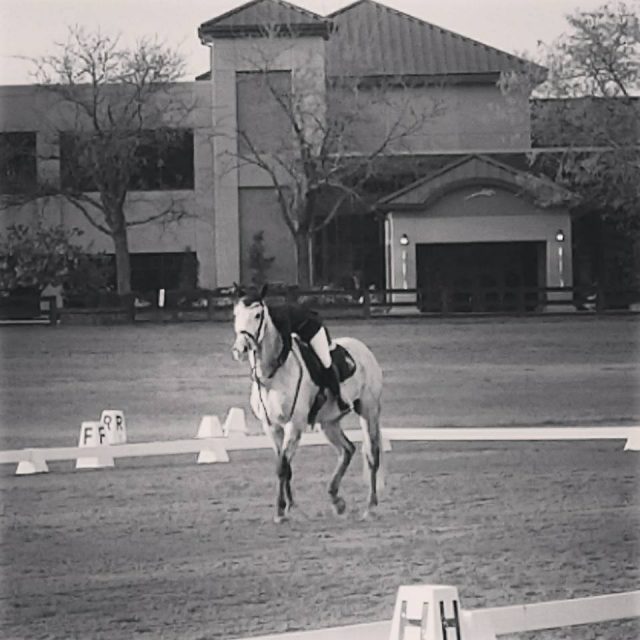 To put it all in perspective, a 36.1 is not terrible like 60.61 we got when he lurched down the centerline sideways as a car drove by at Lamplight — and yes,  that was eventing dressage!! (Judge’s comment: “Horse looks very athletic, but unfortunately does not want to play today.”) Not horrid like the 52.9 we got at Dunnabeck Horse Trials when he spooked at the VIP tent and kicked out during the canter transition, where judge actually apologized to ME at the end for the score she was forced to write (although she was quite kind, “haunches left of center … 2.0”). 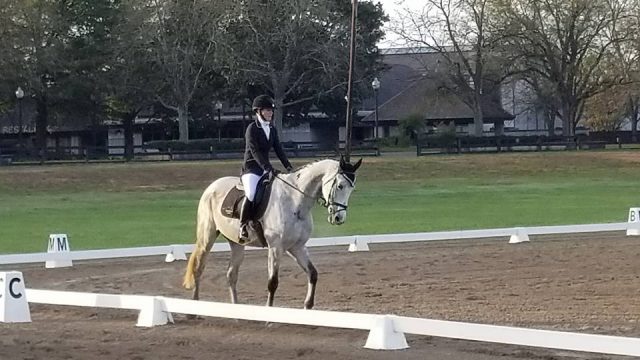 The most frustrating part is I know in my heart he can do the movements, but will he?  My dressage trainer once said in a lesson, “Oh wow!  He’s ACTUALLY a nice mover! I never would have known.”  That’s because in my first lesson we spent the entire hour trying to trot down from A to C, and NEVER made it. Apparently the mirrors in the arena were terrifying, and the other horse in the ring was a total annoyance to my big grey dinosaur. Between rearing, kicking out, and bolting, we didn’t actually do any “dressage-ing” that lesson. I was comforted slightly when my vet, who also takes lessons from the same trainer, told me that she got bucked off and then trampled by her green horse in that very same arena.

So, to anyone who has ever brought a young horse through the levels, a 36.1 in Training level at the Kentucky Horse Park is like winning at Rolex. It’s by no means good. It’s average. Mediocre. Sufficient. This weekend, I was filled with joy, when we finally became average. We were all of a sudden invisible; no longer “that psycho grey.” There weren’t any whispers as left the ring, as I sheepishly would smile and explain to the gasping onlookers “he’s young.” Or “When he’s older he’s going to be amazing.” We were just another horse and rider combination that performed the movements with relative class but nothing spectacular. 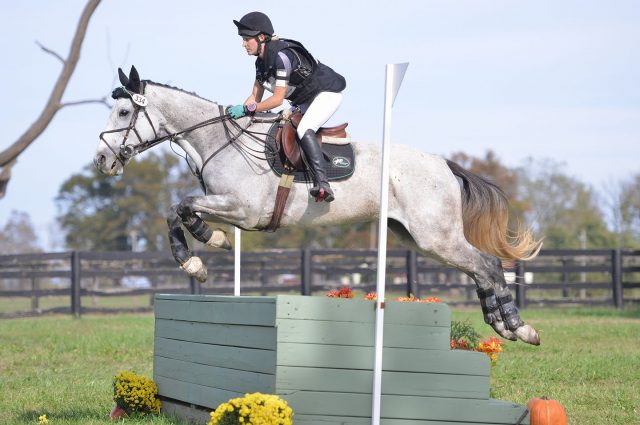 My quest to be average continued throughout the weekend at Midsouth.  Our cross country round was clear with a little bit of time…nothing spectacular as we held on to a solid 15th place in a field of 23. We were in the top 2/3 of entries and completed the round with tremendous acceptability.

Instinctually, on Sunday I was preparing an apology to the crowd before we went into stadium. This is where my young event horse will either excel, or become completely unhinged.

Earlier in the year at Catalpa Horse Trials, he dropped every single rail, the standards, and flower pots, facing the VIP tent, but left every rail up going away from it. He even at one point crashed through a jump, then jumped the pile of poles on the ground in front of him. The crowd generally exclaims helpful things like, “ohhhh,” and “eeeeeeek” as we make our way around the course.  What type of round would we have today? 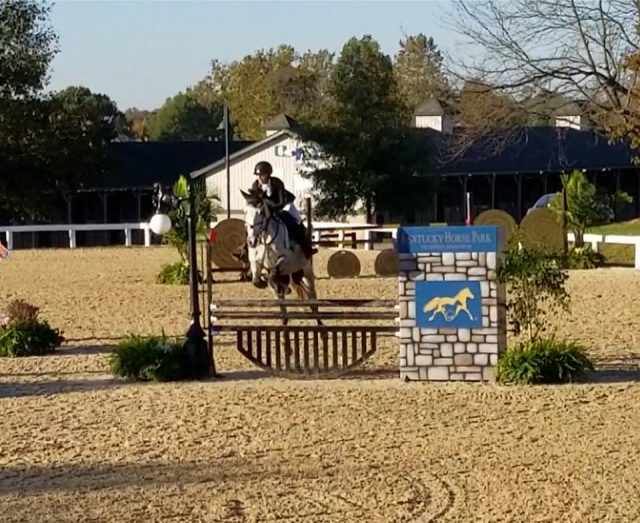 As it turns out we met the minimal standards of jumping.  He was rideable, listening, and dropped three rails.  Many other riders had the same 12 faults, and River was within the time allowed.  No crowd gasping.  The jump crew didn’t have to rebuild an entire triple combination while I waited with a jigging giraffe.  We stayed average and rocked that 15th place position with a totally mediocre score.

As you bring along a young horse in eventing, don’t be embarrassed to celebrate the simple victories. Ugly cry as you trot down the center line, halt and salute, and hug your “psycho grey.”

Because average is the 1st step to astronomical.