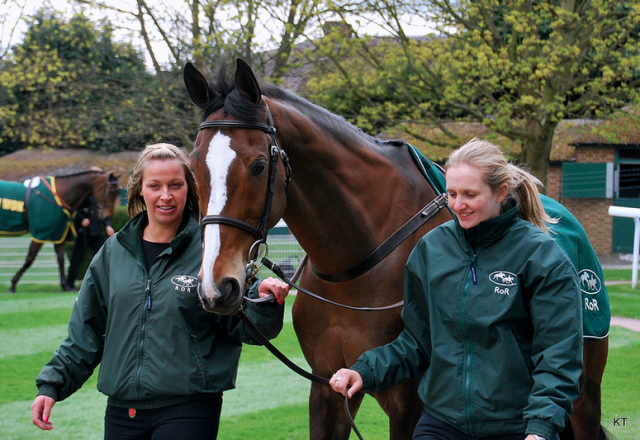 Kauto Star, the National Hunt champion that was trying his hand at a new career in dressage with event rider Laura Collett, has been euthanized after fracturing his neck and pelvis in a pasture accident last week.

Devastated to announce Kauto Star sustained injury in the field, with his best interest at heart a decision was made to put him to sleep

The 15-year-old French-bred Thoroughbred gelding trained by Paul Nicholls and owned by Clive Smith, won the prestigious Cheltenham Gold Cup in 2007 and 2009. He also took home a record five wins in the King George VI Chase and was considered one of the most successful steeplechasing horses of his time.

First horse to reclaim the Gold Cup. How we roared him home, up that final hill! Thank you Kauto Star pic.twitter.com/PeryRKYtPH

Kauto Star retired in 2012 after winning 23 of 41 starts, having become the winningest National Hunt horse in the sport’s history, earning £2,375,883 during a career that spanned nearly nine years. Clive Smith made the decision to send Kauto Star to Laura Collet’s yard for assessment under the eyes of British coach Yogi Breisner for a career in dressage.

Just a few short months later, Kauto Star was putting on a demonstration at Olympia Horse of the Year Show in London to show his progress.

He will be greatly missed by fans all over the world who have followed his career and retirement from day one.

[UPDATE]: Laura Collett has penned a tribute to Kauto Star, which you can read over on Horse & Hound.