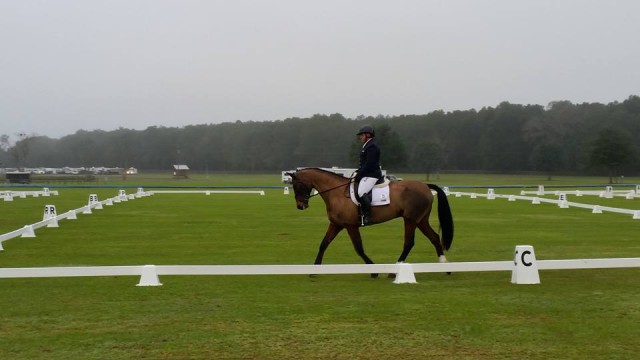 The first dressage rider of 2016: Buck Davidson. Photo via David Frechette on Facebook.

Breathe a big sigh of relief, EN — the first event of 2016 has officially begun! It’s time for the first of the Ocala Horse Properties Winter Series, and I think we’re all relieved to see a new season kick off. All week, riders have posted on their social media about the excitement that comes with the early season events.

Excited to put on my whites tomorrow! First event of the year 🙂

The wondermare is so ready for intermediate at Ocala I this weekend. #eventing #xc #crosscountry #thoroughbred #ottb #equestrian #skrillex #diplo #jackü

The other big news of the weekend is that Hannah Sue Burnett is competing Harbour Pilot for the first time since Burghley in 2014. Harbour Pilot, a 13-year-old Irish Sport Horse gelding owned by Ms. Jacqueline Mars, sustained an injury at Burghley and has been slowly coming back into work in preparation for a return to competition.

Hannah is running “William” in the Open Prelim at Ocala this weekend, and it’s off to a rocking start as they’ve just tied for the lead with a 27.0 in the dressage with a few horses still left to see. How’s that for a return? Hannah is tied with herself at the moment, earning the same score aboard Jitter Bug. 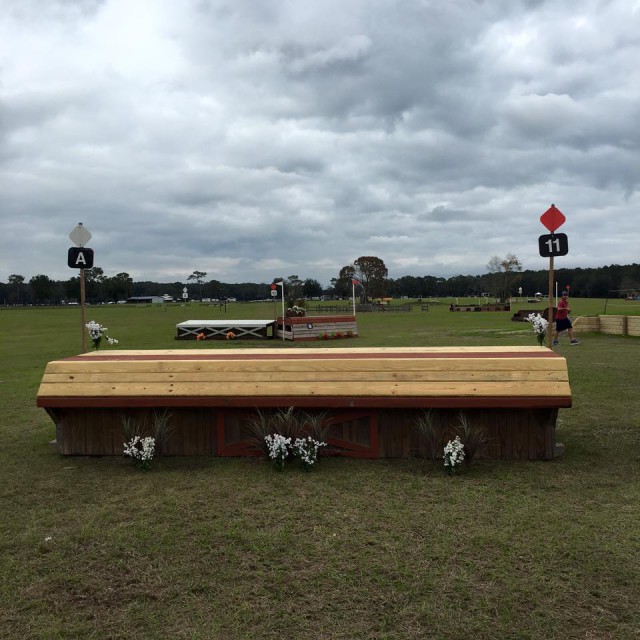 It’s the first busy weekend of the year for the likes of Buck Davidson, Kyle Carter, Clayton Fredericks, and many more who have many horses to campaign in 2016. We’ll be seeing some pipe opening cross country rounds this weekend as everyone knocks the winter rust off.

Stay tuned for many more updates from Ocala this weekend. In the meantime, you can follow along with live scoring here. Cross country will also run today for the Prelim and Intermediate riders.