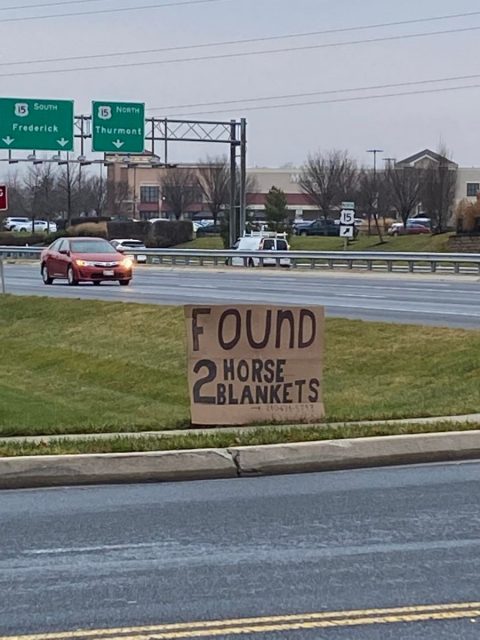 Well, 2021, I don’t know if we can say it was fun, but now it’s over. Almost. Please do not bring any more 2020 energy into the new year, I think we’ve all had plenty now, and we would love to move along with our lives safely and with health and happiness. To no more insane global disasters, and to many more pony kisses and cat naps. That’s all folks! See ya in the new year!

Working with a young horse on improving their bend around turns? Young or green horses are fond of what I call “motorcycling” around the turns, and that’s because it takes significant strength and balance through the topline to hold an inside bend. Five-star rider Jordan Lindstedt has some excellent tips and training methods to help you teach your horse how to bend better for next year. [How to Teach Your Horse to Bend]

Considering that we participate in a sport where we still mount from the left because that’s the side we carry our swords, and that we’ve managed to keep a sport meant to test the bravest cavalry horses in the Olympics alongside skateboarding and three-on-three basketball, one might be forgiven for assuming that riding is, perhaps, a bit slow to evolve. And while, sure, horse sports don’t change quite as quickly as fashion or music, we’ve still got our own trends. You haven’t worn your puke-green breeches in a few years now, have you? And picking a drop noseband over an anatomical bridle marks one not as a thrifty re-user of well-kept tack, but as someone bordering on militantly traditional. [What’s In and What’s Out for 2022]

Everyone in eventing knows the name Phillip Dutton – but, have you heard of the little pony that could named Phillip Buttons? When Lilyanna Wood first saw the then 6-year-old German Riding Pony by Makuba, she knew the gelding was meant for her. Wood is no stranger to producing eventing mounts, but the start of her relationship with the pony she now affectionately calls Spike for his sassy personality was unique. [What’s In a Name: Phillip Buttons]

Knowing when to give up on racing dreams is a tough one for those in the thoroughbred industry.  Dr. Patty Hogan, equine surgeon and founder of Hogan Equine Clinic,  says there are three primary situations that should prompt a trainer to retire a horse, two of which are obvious and one of which is trickier to assess. When a horse is untalented for racing, it’s both clear to most trainers and not a fixable issue. Similarly, when a horse suffers a serious injury that makes it unlikely for him return to his previous level of racing, it’s clearly time for retirement. Where trainers can run into problems is deciding when a horse with chronic issues needs to find a second career. In many cases, she worries trainers can fall prey to what she calls ‘One Last Race Syndrome.’ [Vet Warns Against One Last Race Syndrome]