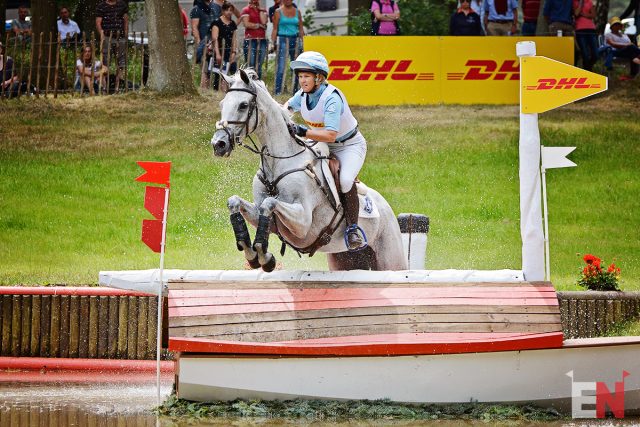 Jonelle Price and Faerie Dianimo on their way to winning Luhmühlen 2018. Photo by Jenni Autry.

Four riders with nine horses between them were named to the High Performance Squad, which “comprises horse and rider combinations committed to and capable of contributing to a podium team placing at the 2020 Olympic Games.”

Tim Price also has two horses named to the High Performance Futures Squad, which “consists of those combinations that are knocking on the door to high performance,” alongside five other combinations.

A further 10 riders were named to the High Performance Potential Squad, which “is aimed as recognizing talented eventing riders that are capable of and committed to producing high performance horses for future Olympic Games and World Equestrian Games.”