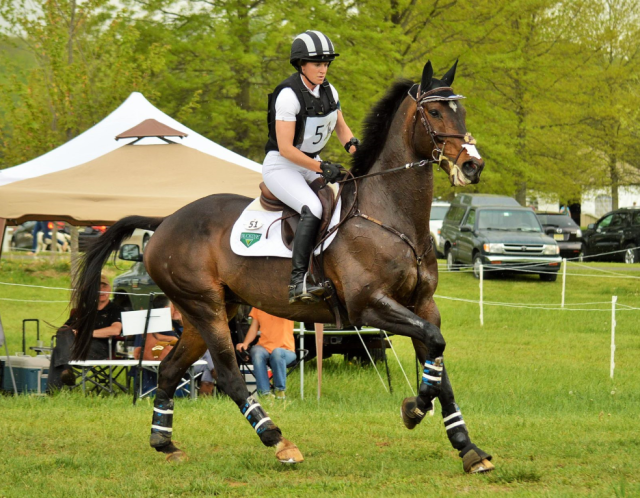 Erin Sylvester and No Boundaries at Jersey Fresh. Photo by Sally Spickard.

Erin Sylvester and her 13-year-old Trakehner/Thoroughbred gelding, No Boundaries, may not have been around the block as much as some others, but they’ve got one international trip under their belts already as they prepare for their second. They will compete in their fifth CCI4* event together at Pau later this month.

Erin traveled to Burghley in 2012 with “Bucky,” the same year the pair made their four star debut with a 13th place finish at Rolex. Bucky has historically struggled a bit with the first phase, letting the atmosphere of big competitions affect his focus on Erin.

“We’ve been working really hard on the dressage for the last couple of years,” Erin said. “There isn’t any one thing that we’ve done different, I really think that he’s just matured and gotten to see so many different places now. He knows all of the upper level tests so well that he’s now to the point where he’ll come out of a corner and wait for his next movement.” 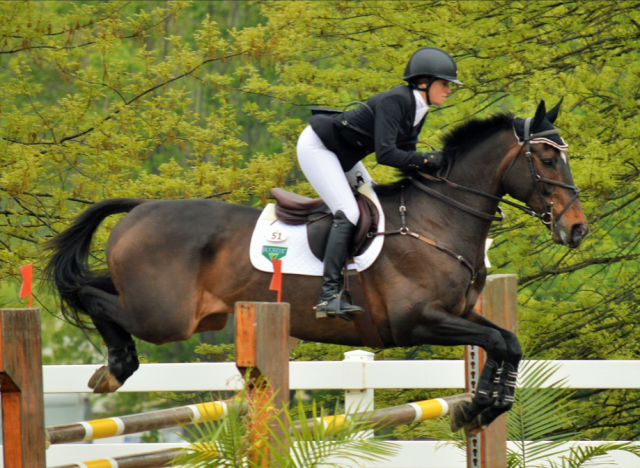 Erin and Bucky at Jersey Fresh. Photo by Sally Spickard.

Now, Erin is looking ahead to the fall four-star knowing that she’s much more prepared than she was last time around. “I look back on Burghley, and I really enjoyed being there but I feel so much more prepared and confident this year,” Erin said. “I learned a lot at Burghley. I may not have been 100% ready to be there, but he was still unbelievably brave on that course. Now I feel like I know more what to expect with the travel, and I’m not so nervous about that part.”

Erin and Bucky’s preparations this year include, most recently, a seventh place finish in the CIC3* at Plantation Field as well as a fourth place in the CCI3* at Bromont this summer. The pair also competed at Rolex this year, but had a scary fall that thankfully left them both unscathed and no worse for the wear.

“My main goal is to jump around clear. I’ve got a pretty good handle on keeping him focused in the dressage,” Erin said of her mentality for Pau. “I’ve heard a lot of people say that Pau is the quietest and most horse-friendly four-star, so hopefully that will help him keep his emotions in check and focus on me. He’s been so good in the CICs and the horse trials, and I just want that to carry over into the four-star text next.” 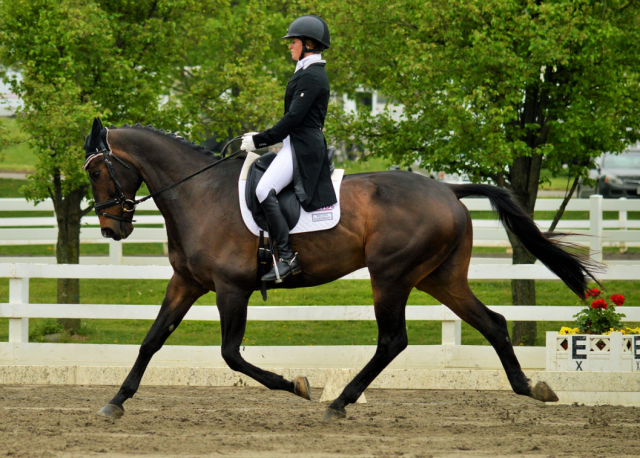 Erin Sylvester and No Boundaries. Photo by Sally Spickard.

Erin knows that the added atmosphere at Pau, as horse-friendly as it may be, will likely still cause some tense moments for Bucky, but she’s feeling confident in his ability to get around the jump courses cleanly. “He’s pretty competitive and he likes to show off,” she said with a laugh.

Erin’s longtime owner, Jill Tallman, has graciously helped Erin and Bucky get overseas to compete again. “I thought about taking him over last fall, and we just couldn’t make it work,” Erin said. “This fall, Jill has been such a great supporter and is helping me get there, and I’m really feeling ready to go this year.”

Bucky traveled to Chantilly over the weekend, where he awaits Erin’s arrival. Erin has two horses competing in the CCI2* at Fair Hill this weekend, and as soon as she is done competing them she will hop on a plane across the pond to begin her final Pau preparations alongside Lauren Kieffer and the other North American competitors.

We wish Erin, Bucky, and all of the North Americans the best of luck with the travels and competition at Pau.