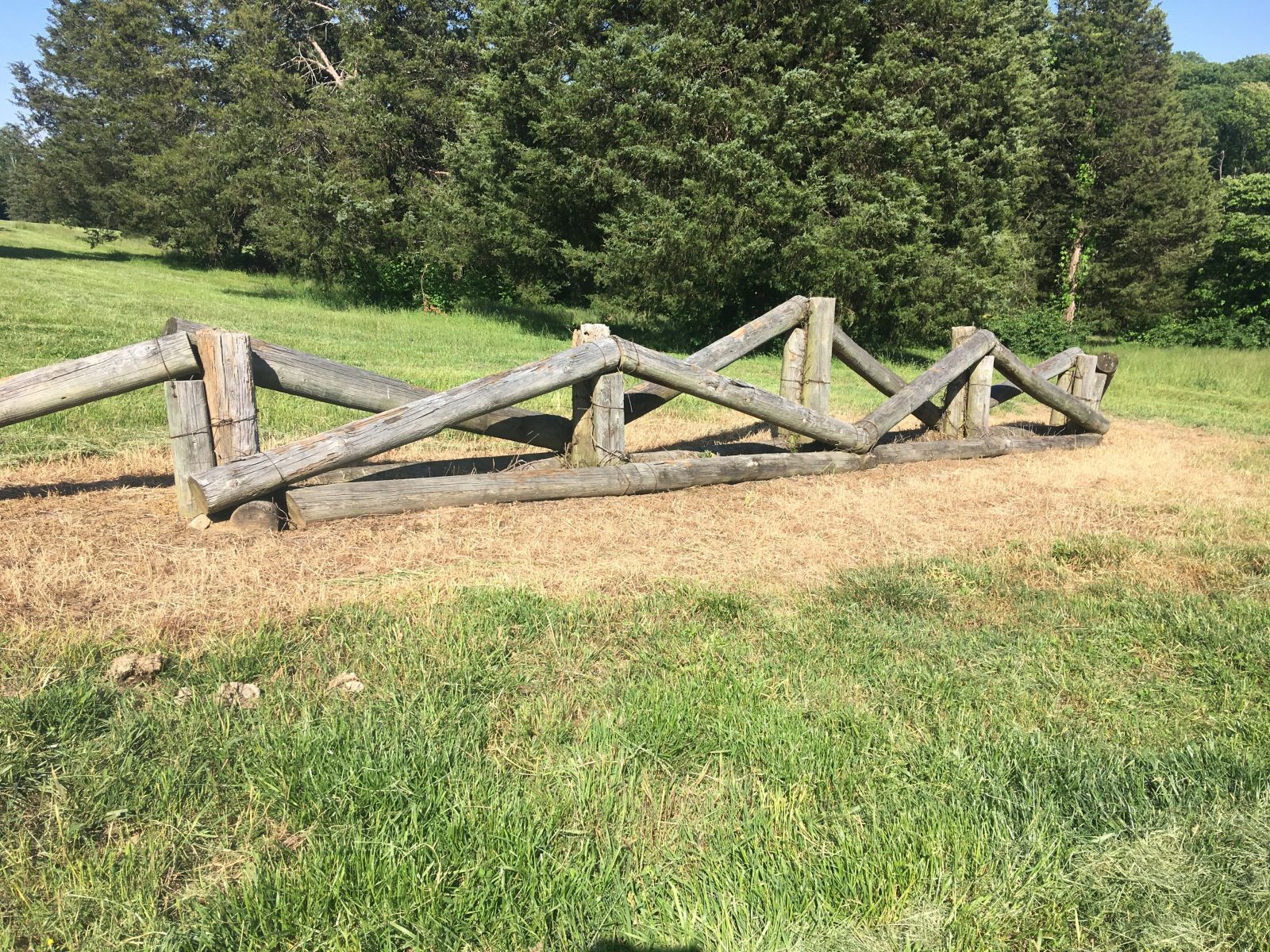 The Tidworth style fence, says course builder Jon Wells, “is one I haven’t seen in decades.” This one at Penrose Farm (Knoxville, TN) was built approximately 1988-89. Photo by Jon Wells.

Yesterday while attempting to locate my pony in the 65-acre field she lives in (yes, have considered investing in GPS tracker), I noticed a man in the distance roaming around seemingly aimlessly. I assumed it was some boarder’s hapless dad or husband trying to find the elusive herd, which I finally discovered hiding out in a side-pocket meadow. “Do you need help?” I yelled when he came within earshot.

He laughed and I immediately recognized him as course builder Jon Wells — who ironically knows this property as well as if not better than anybody. Jon played a big role in building the cross country course that runs through Penrose Farm way back in the day, as early as the ’80s when it ran a recognized event. The jumps are a time capsule of the era: lots of timber and some mini old-school Badminton stuff. 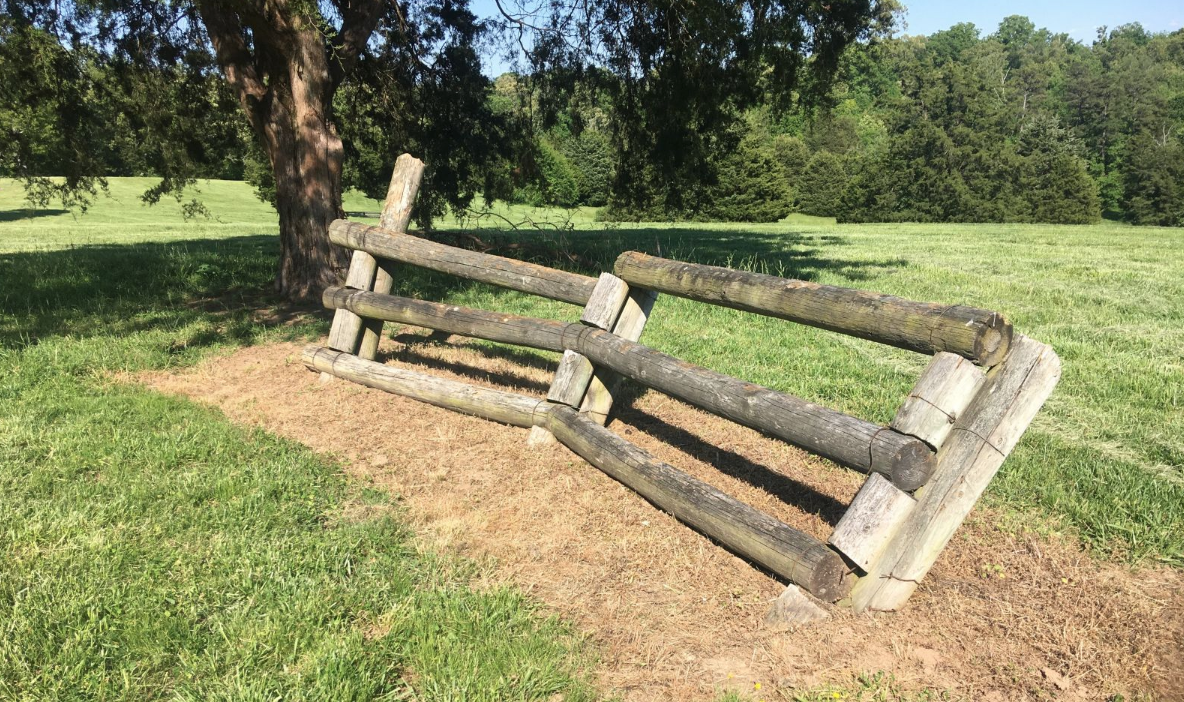 A lot of the course has, incredibly, withstood the test of time and there are some nifty new-ish complexes, but some parts are in need of an update. The bulk of it was built well before the modern era of technical cross country, so we’ve got jumps the length of a school bus but nary a skinny or corner outside of the arena. Back then, Jon reminded me, competitors would just pile into a hay wagon and that was the “course walk” — there weren’t really any distances to consider or lines to contemplate, it was more like “just keep kicking until you get to the other side.” And then there’s the issue of safety: Jon tells me that some of the vintage Penrose fences are basically frangible now because the rope holding them together is so rotted, but only if you jump them from a certain direction. Noted, next time I go tackling that bounce of fixed vertical rails! 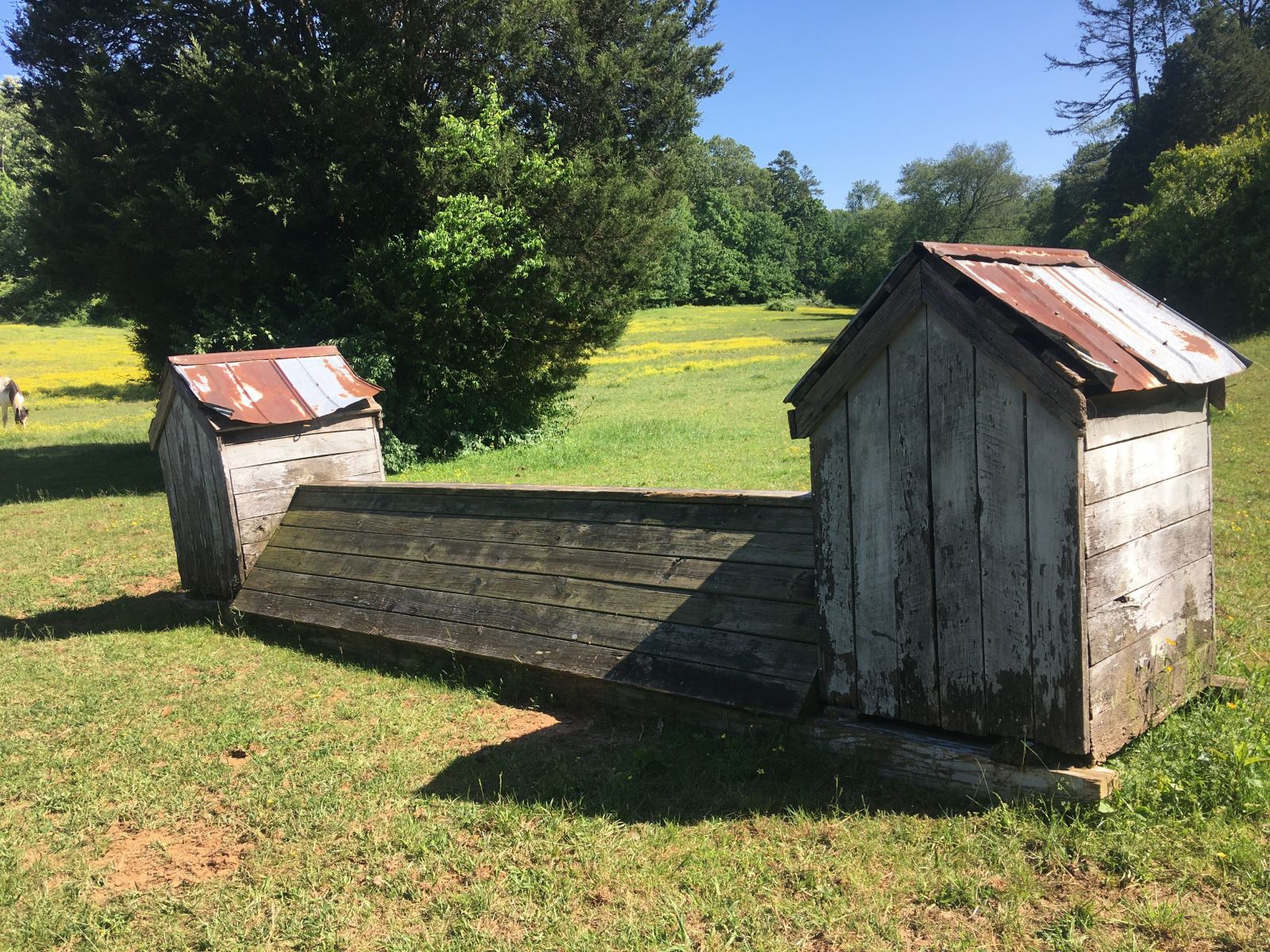 The old “Coke Float” fence, circa 1991-92, ingeniously fashioned with two outhouses. These days the rusty metal roofs discourage run-outs at least (JK, JK — this one has been out of commission for … a long time). Photo by Jon Wells.

Now Penrose owner Erika Adams is hiring Jon back to spruce things up. Jon, who was always ahead of his time (even encouraging the use of newfangled portables in the early ’90s — scandalous!), has watched course design evolve from ground zero and went on to build a number of courses around the country, so he’s well-equipped to give our old girl a facelift. And now is the perfect time: Jon travels extensively but with competitions on pause he’s been quarantining at home for the past couple months, keeping his power tools exercised with some non-horsey projects … like, this house for his goat Minnie: 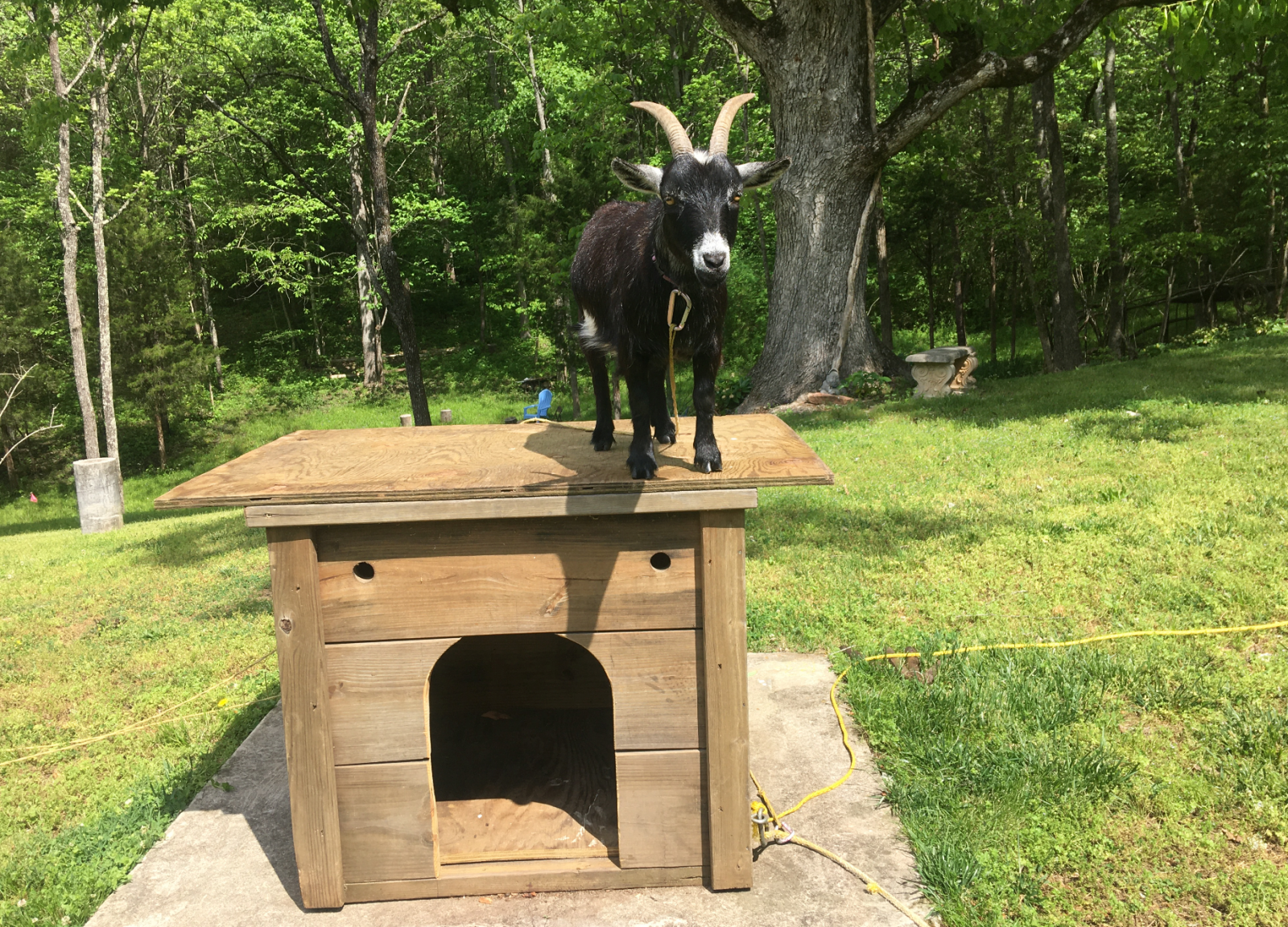 You could have a real side hustle here, Jon.

Other out-of-work builders are tackling projects they wouldn’t normally, that (nothing against goats) are frankly an underutilization of their specialized skill set and experience. If you’re considering updating your course or commissioning a specialty jump(s), seize this quiet moment for our sport to put these guys to work.

Maybe it’s a replica of that bogey fence that tripped you up on course last season — Michael Jung, on the rare occasion that he runs into trouble cross country, goes home and replicates the question, schooling it until he and his horse have the riddle solved. Or maybe it’s a custom obstacle that you’ve imagined for your schooling field … if you can dream it, they can build it. And, like so many of us right now, you can bet they’ll appreciate the work.

Tyson Rementer, whom I would fully trust to commission my dream water complex/mermaid lagoon with a rainbow waterfall drop in (think LED lights behind the waterfall that make it look multicolored) and a carved unicorn skinny out (unicorn horn = another strong incentive to hold your line) put together this video. Note the end credits — cute!