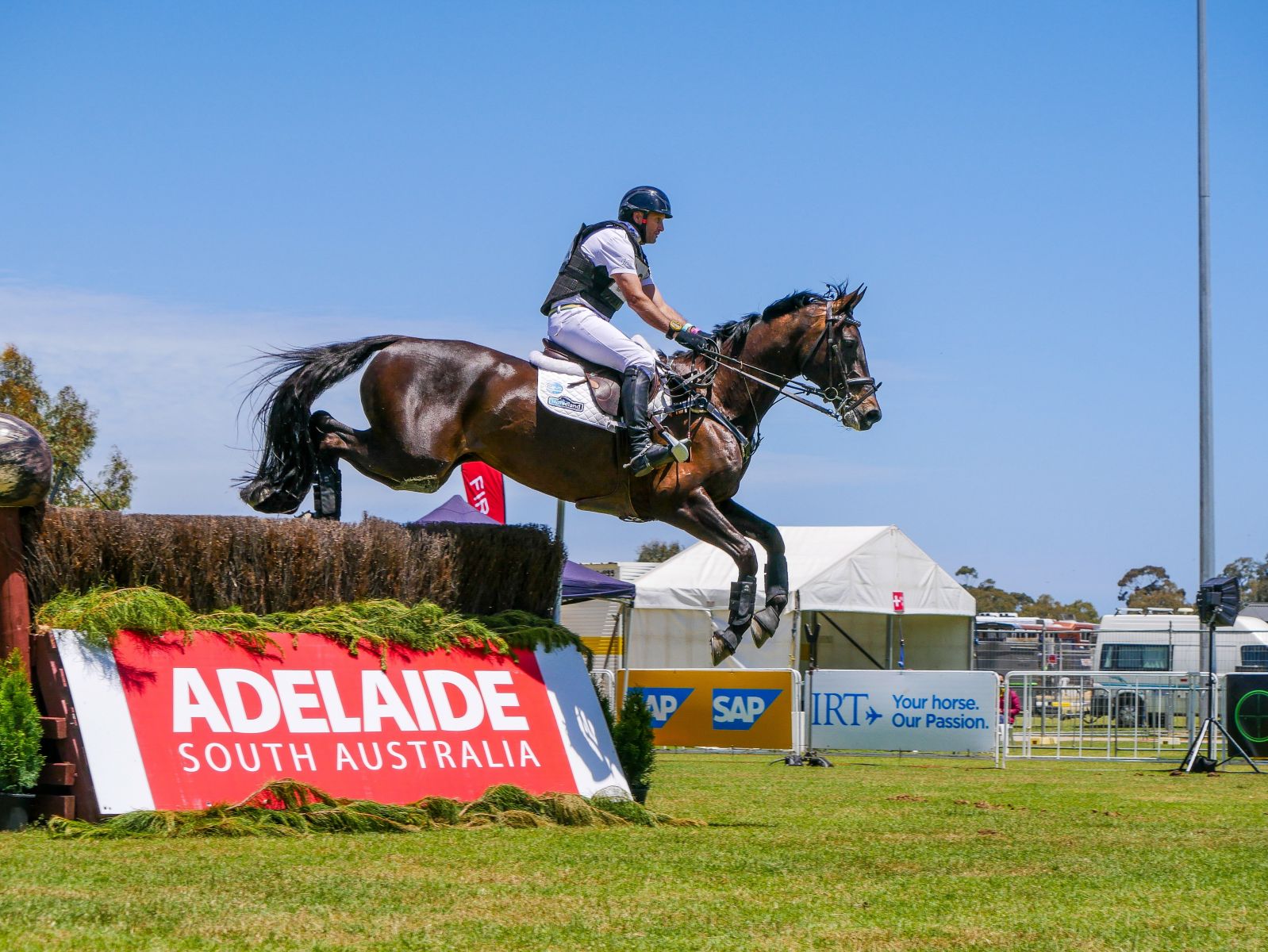 Stuart Tinney and Leporis on their way to a second place finish in the 2019 Aus3DE CCI5*. Photo courtesy of Kirsty Pasto.

[Update] July 13 at 8:27 p.m. EST: Equestrian Australia has sent out the following joint statement from EA and Chris Burton regarding the withdrawal of Quality Purdy:

With great disappointment, we confirm Chris Burton and Quality Purdey have unfortunately withdrawn from the Tokyo 2020 Australian Eventing Team.
Following pre-Olympic Veterinary inspections it was determined that Quality Purdey has sustained a minor injury, and although with time will make a full recovery, the decision has been made that her welfare shall not be compromised.

We wish to acknowledge the exceptional horsemanship and overall sportsmanship displayed by Chris Burton throughout this process. Despite the personal disappointment of forfeiting his place on the Australian Team, which would have been his third Games, Chris’s concern was Quality Purdey’s well being and the overall best interest of the Australian Equestrian Team.

“It shows the strength of the Australian squad, that Clever Louis, who is fit and sound, wasn’t selected as my replacement,” said Chris Burton of the situation.

Stuart Tinney will pilot the 10-year-old Holsteiner gelding Leporis (Lasino – Miss Danny, by Heraldik), who is owned by Stuart and Karen Tinney. This pair took second in Leporis’ first five-star at the 2019 Australian International and has finished outside of the top 10 at the four-star level just once in eight starts. Stuart had originally pinned his Tokyo hopes on Elisabeth Brinton’s Celebration, but the 10-year-old Holsteiner gelding sustained “an unforeseen paddock injury” removing himself from contention for selection.

Athletes basing in Australia have been undergoing Pre-Export Quarantine at the Sydney International Equestrian Centre, home of the Sydney 2000 Olympic equestrian events, before departing for Japan.