It seems like only a few months ago that an exciting young horse popped up on Liz Halliday-Sharp’s social media channels. A frequent customer of Richard and Georgina Sheane’s Cooley Farm in Ireland, Liz can be counted on to have a slew of horses sourced from Ireland on her roster at all times.

One rising star on the Halliday-Sharp roster (a high compliment, considering most any horse in Liz’s stables at any point in time is most likely a superstar in the making) is a seven-year-old by Dallas VDL, Shanroe Cooley. Bred by Anthony Smyth, Shanroe Cooley (Dallas VDL – Shanroe Sapphire) was purchased as a four-year-old for Liz’s program, joining a strong string of her horses owned by Ocala Horse Properties.

It’s this gelding, who competed in the Irish Young Event Horse Finals in 2019, that’s been tapped for the FEI WBFSH World Young Horse Breeding Championships at Mondial du Lion in France. The annual fall event, which this year is scheduled for October 20-23, features World Championships for both six- and seven-year-old event horses at the CCI2*-L and CCI3*-L levels, respectively.

“I have always believed he was a [Le Lion] horse,” Liz explained after winning the 3*-S in wire-to-wire fashion at MARS Great Meadow International last month. Prior to that, “Dallas” was fifth in his first 3*-L at Bromont in June.

“He’s a really interesting horse,” Liz continued. “He’s wiser than his years. He’s never been bothered with atmosphere or anything like that, he just goes in and does his job.” That isn’t to say the Irish gelding is a simple ride, though. “He doesn’t look it, but he’s a tricky ride. He’s an internal worrier, definitely, and he’s sensitive.” 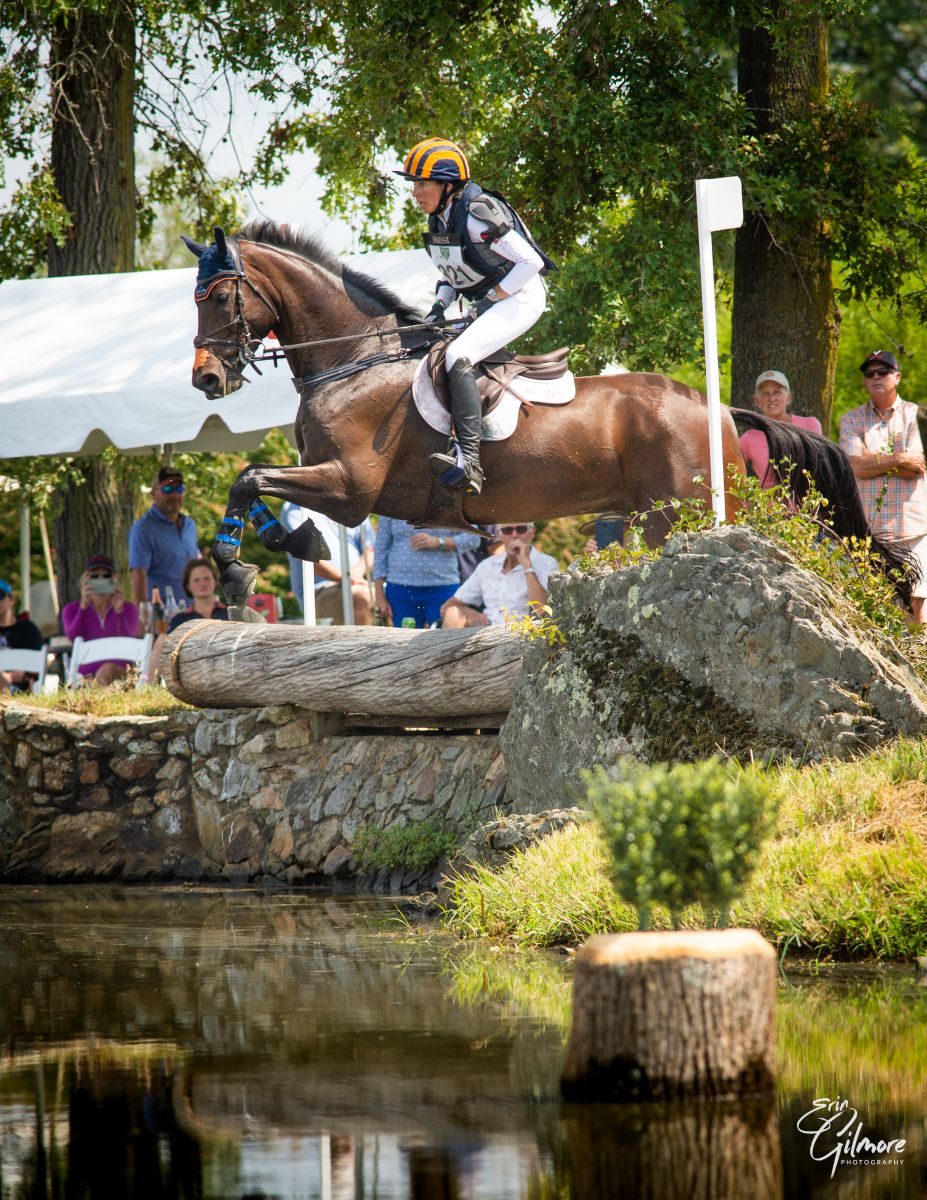 Liz Halliday-Sharp and Shanroe Cooley pick up a win en route to a trip to France this fall. Photo by Erin Gilmore Photography.

Had it not been for the fact Liz moved her full-time base to the U.S., she says she would likely have taken Shanroe Cooley to Le Lion as a six-year-old. Young horse championships are a “strike while the iron is hot” type of deal, where time is limited and age-outs come into conflict with what could have been all too frequently. But Liz knows she’s got a seven-year-old contender on her hands, and now the focus is on making sure the gelding peaks properly for his big event.

“It’s nice now because I’m going to go to his next run and just tone everything down a little bit since that was the first time I’ve put a bit of pressure on him,” Liz said at Great Meadow, where cross country ran last and she was pleasantly surprised to have gone quickly inside the optimum time. This run sets him up nicely to have a low-pressure run at Stable View later this month ahead of his flight to France. “I think that was good for him, and now we can settle down a little and have a nice run at Stable View.”

The road to Le Lion is long, but we’re enjoying the journey with Liz and will be checking in with her again as the Championships approach. You can learn more about FEI WBFSH World Young Horse Breeding Championships here.

This series is brought to you in partnership with Ocala Horse Properties — your home for prime equestrian real estate in Ocala and beyond. Find your dream farm or next investment opportunity here.