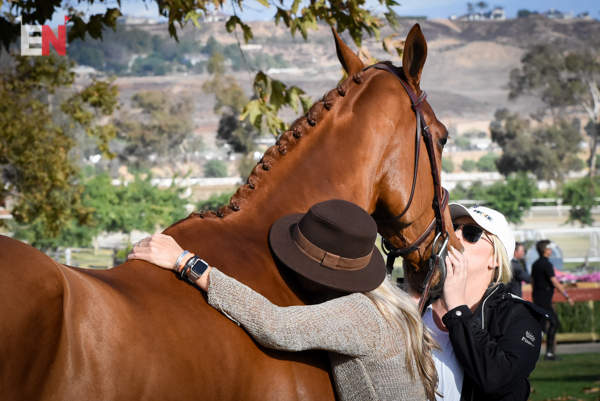 The CCI3* final horse inspection kept everyone on their toes this morning at Galway Downs. Of the seven cross country finishers, three were sent to the hold box: Helen Bouscaren & Ben, Ellen Doughty-Hume and second-placed Sir Oberon, and overnight leaders James Alliston and Happenstance. 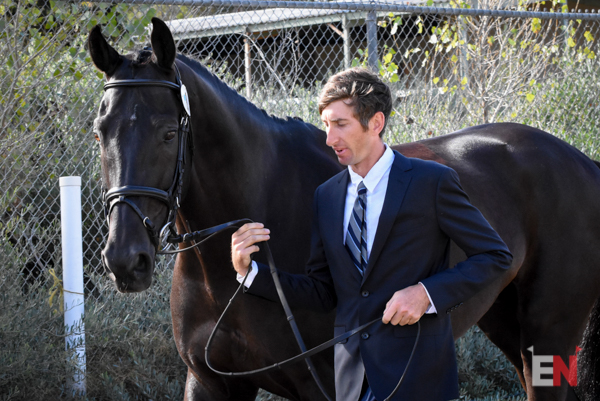 Both Sir Oberon and Happenstance were passed when represented, but unfortunately Ben, Helen’s 13-year-old off-track Thoroughbred, was ultimately not accepted. The final six show jump today beginning at 3 p.m. in reverse order of standing.

All 11 two-star pairs were accepted, including Ben’s stablemate and current leader Ebay, ridden by Helen Bouscaren. One horse, 360 ridden by Katheryn Nichwander, was withdrawn from the holding box in the CCI*. Erin Kellerhouse and Woodford Reserve will be the final pair to jump for the one-star win with this group going at noon.