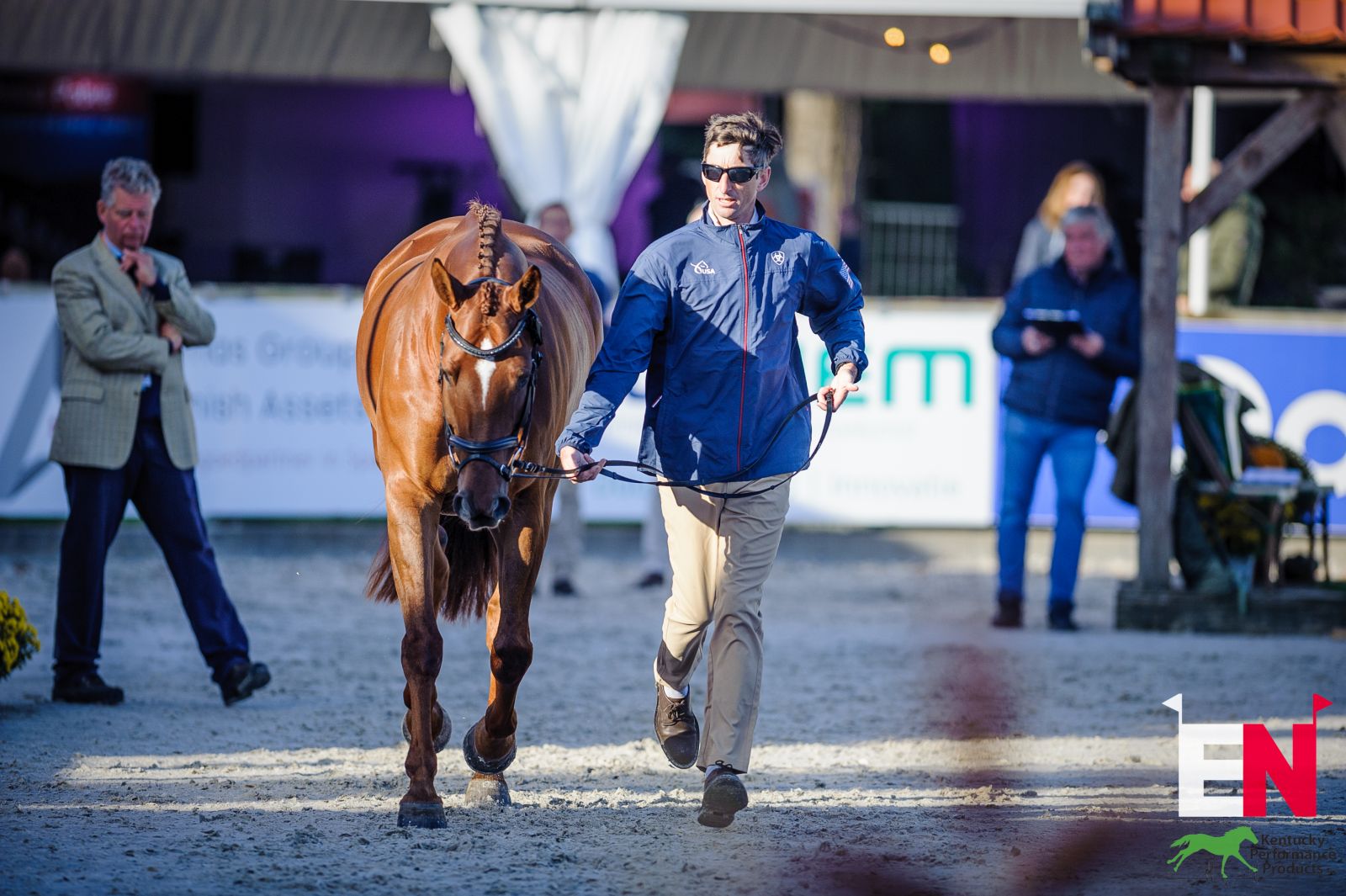 James Alliston and Nemesis bid adieu to Boekelo at the final inspection after delivering an excellent pathfinding round yesterday. Photo by Tilly Berendt.

Boekelo, eh? You think you’ve got it sussed, and then it surprises you all over again with — and you can take your pick, here — an inflatable stage in the main arena, a final fence that saw four fallers on cross-country, a middle-aged man determinedly wearing knee-high pink socks and using a duck ringtone loudly in the media centre, and an eye-wateringly dramatic final horse inspection. 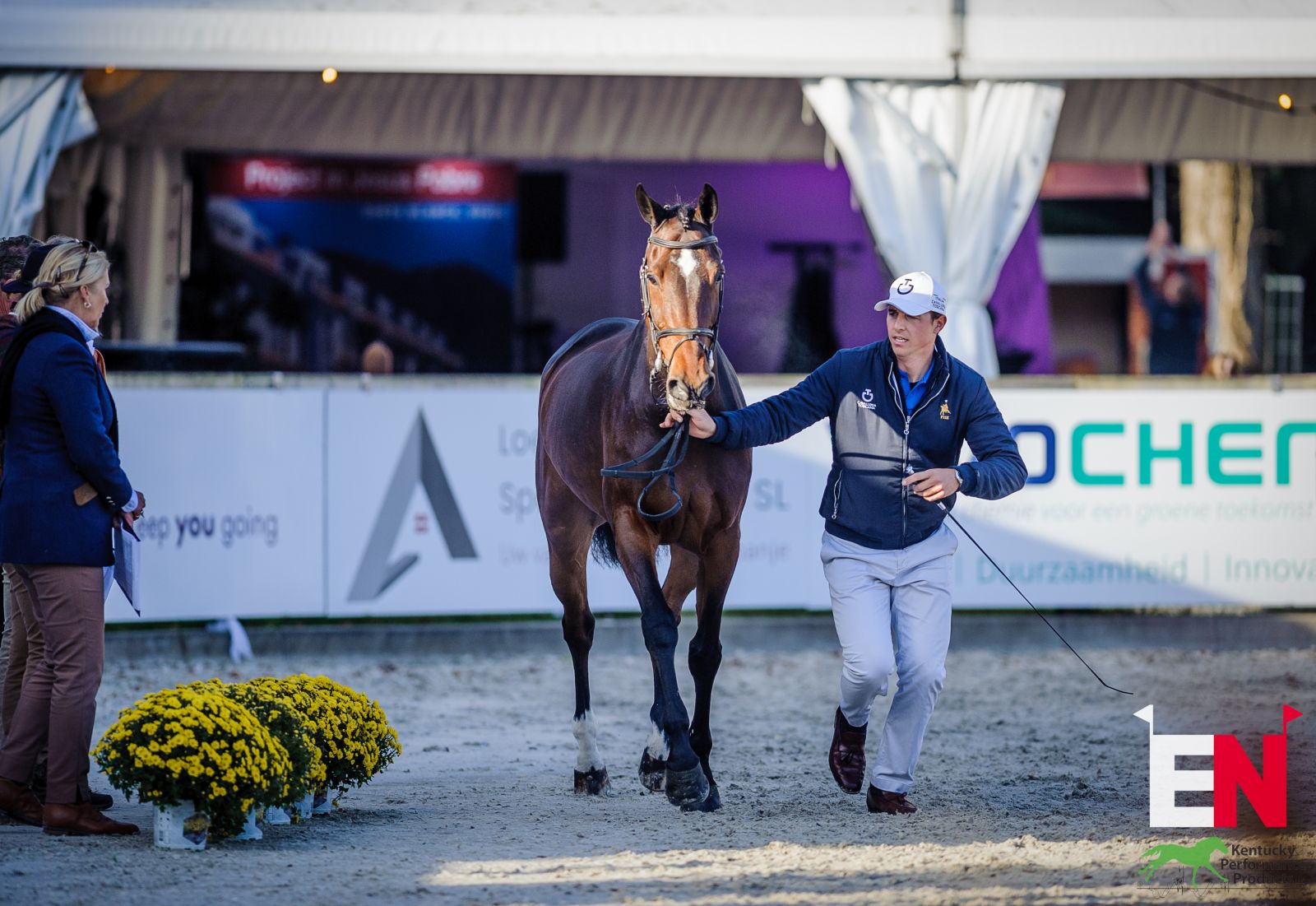 Despite the flat, relatively undemanding terrain and forgiving ground on yesterday’s course, a sum total of thirteen horses were sent to the holding box throughout the course of this morning’s trot-up, which was held before a ground jury of president Christina Klingspor, alongside Edith Schless-Störtenbecker and Merel Schurink. Seven of those were British, and included overnight leaders Laura Collett and Dacapo, as well as Laura’s second ride, Bling, who sits 47th overnight. They were both subsequently accepted on re-presentation, as were fellow countrymen Richard Coney and Poetry in Motion (38th), Izzy Taylor and Graf Cavalier (17th), Bella Innes-Kerr and Highway (46th), William Fox-Pitt and Moonlight Charmer (19th), and Ros Canter and Izilot DHI (9th).

Joining them in the hold box were delegates from a number of other countries, too. France’s Benjamin Massié and Edition Fonroy (16th) were held and subsequently accepted on re-presentation, as were Italy’s Tosca Brambilla and Legaland Mood Swing (55th) and Umberto Riva and Falconn Sunheup Z (25th), though the latter were asked to trot a second time in their re-presentation. 53 horses and riders will go through to showjumping, following the overnight withdrawal of Sweden’s Erika Sjöstrom and Mosstown Prince (57th) and France’s Sebastien Cavaillon and Quatchina Blue Z (37th) and Fabrice Saintemarie and Cronos de Pleysse (51st). 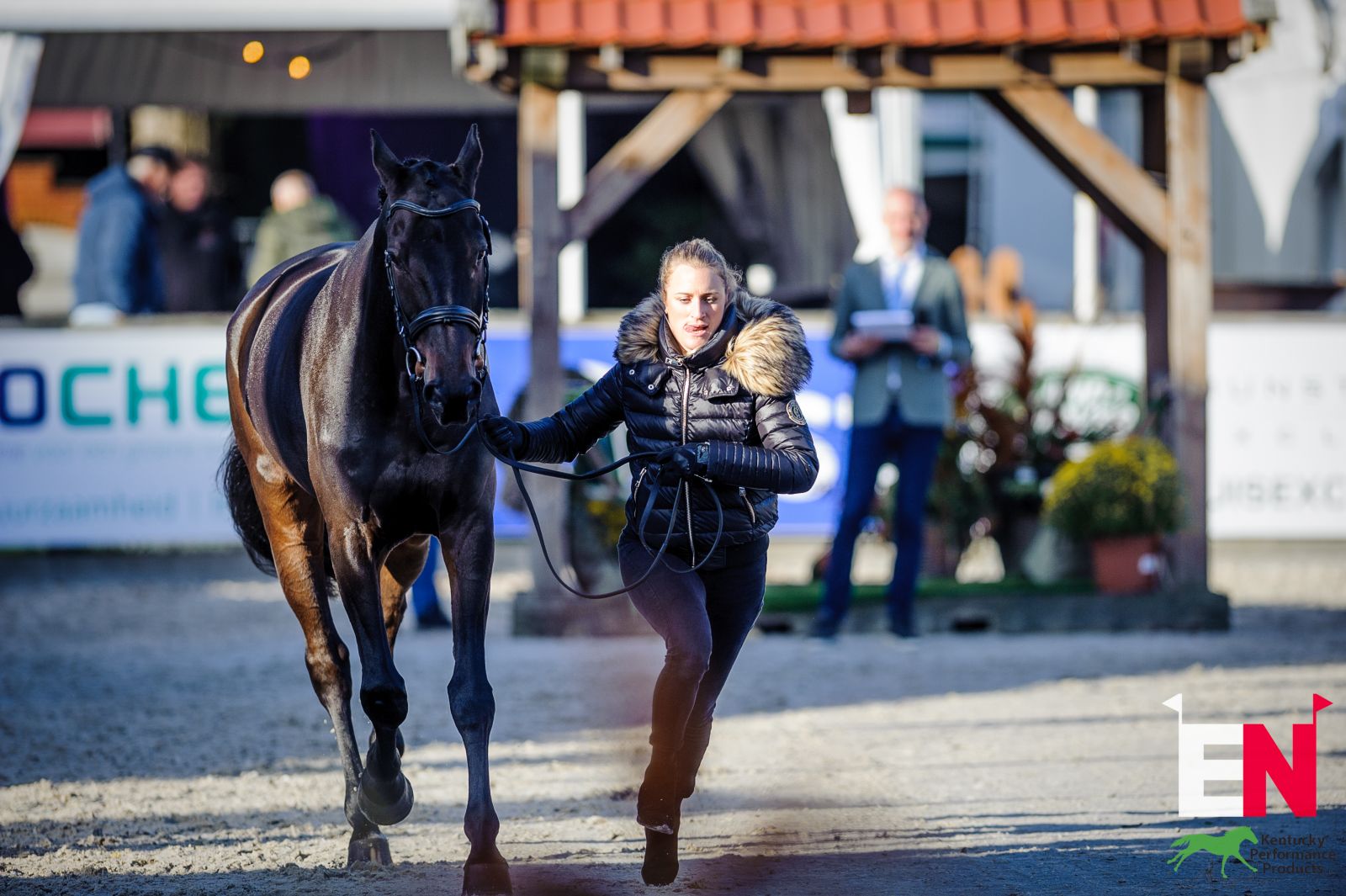 Three horses were sadly eliminated from the competition after re-presenting, and all three were part of Nations Cups teams. The USA’s James Alliston and Nemesis (30th), Ireland’s Camilla Spiers and BT Angelo (13th), and Germany’s Arne Bergendahl and Luthien 3 (33rd) will not continue on in the competition. That means that team USA drops from fourth to fifth going into the final phase, and Ireland drops from fifth to eighth, while Germany, whose riders all completed yesterday’s cross-country without jumping penalties, move up from sixth to fourth and remain at the forefront of the hunt for the series title, for which they’re competing against Italy — currently sixth — and Sweden, currently seventh. 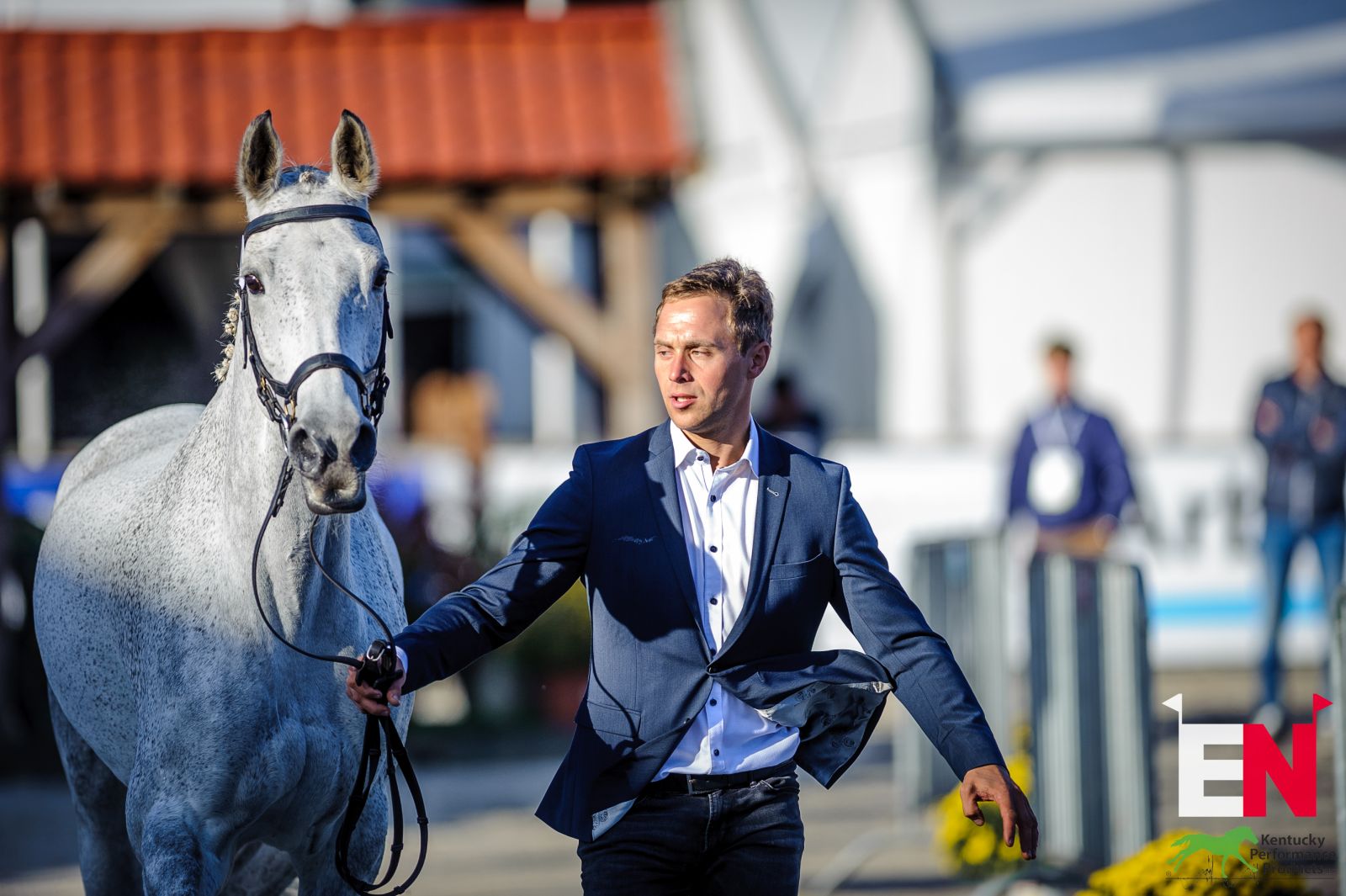 The final top ten, in reverse order of merit.