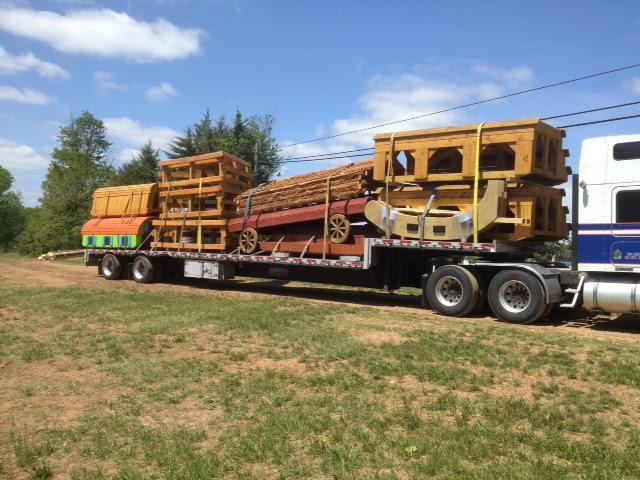 Pan Am jumps on their way to Will O'Wind Farm. Photo courtesy of Eric Bull.

Course builder Eric Bull has been hard at work putting the finishing touches on the new jumps that will adorn Will O’Wind Farm’s cross country course this summer. A big benefit to Will O’Wind farm, which hosts horse trials throughout the year, is that the new fixtures on the cross country course will become a permanent part of the landscape once the Pan American Games are completed.

“The Pan Ams organizers wanted the course to be as level as possible for those who have not competed here before,” Eric explained. “So we brought in essentially all new fences to level the playing field.” 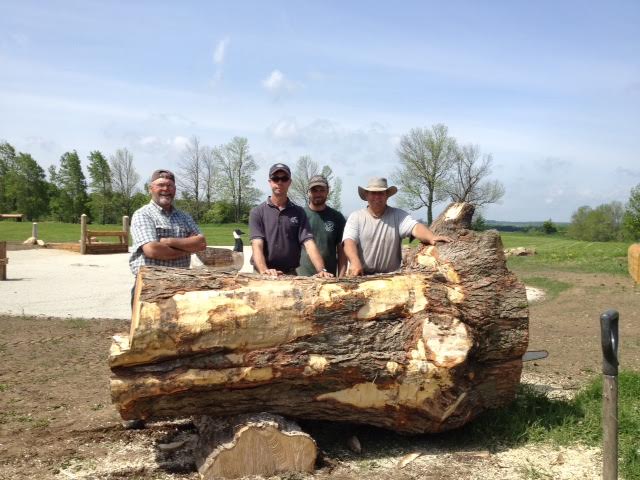 All 36 jumping efforts on the Pan Ams course are now in place, and course designer Wayne Copping (AUS) is now tasked with the final touches on bringing his course vision to life. Eric, who builds for many U.S. events, including Fair Hill and the Wellington Eventing Showcase, spent the majority of the winter season crafting the new obstacles.

When you look at it, it’s very Canadian,” he said. “Maple syrup, beavers, maple leaves, Canadian geese, and more. It was quite a history lesson for me, which made the design of the jumps that much more interesting. It took most of the winter to build everything, probably a day or two per jump.” 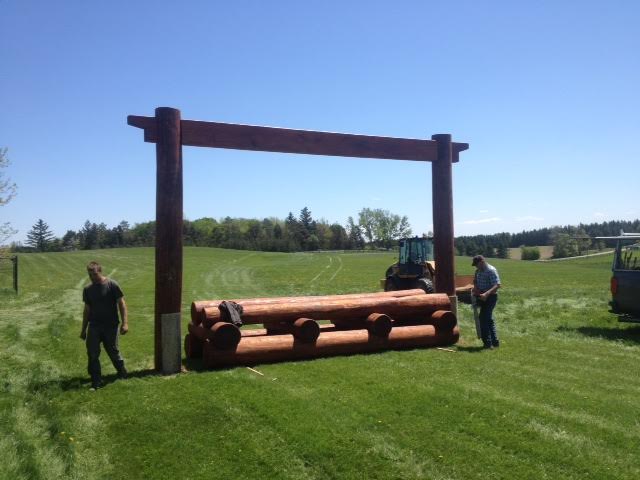 Now that the cross country course has begun to take shape, Eric is looking forward to seeing how riders will tackle the two-star competition. “It had to be demanding enough to be a solid two-star, but also give options to those who may not be as prepared as others,” he explained. “Wayne has put in quite a few optional routes for those who may not be as prepared, but they are going to be very lengthy. I think he’s done a good job of balancing things; he wants everyone to get home safely.”

Eric and his team spent a little over a week in Toronto laying out the course, and the grounds were already prepared as much of the landscape work and ground preparation had been done over the course of the last year. “The thing with maintaining a course is that you get (the ground) where you want it, and you just say off of it. Let the grass grow. This course is really a luxury — the footing is great, and the weather is fairly even and should be pretty welcoming during the Games.” 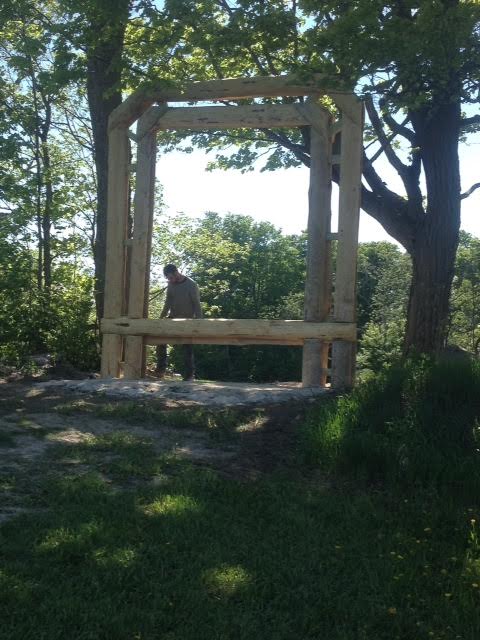 While Will O’Wind is not described as having a lot of extreme terrain, Eric uses the term “rolling” when talking about the elevation changes on course. “There are a few big main fields that are quite flat, and then a few fields off to the side that get pretty rolling,” he said. “It should ride quite nice for everyone.”

Accustomed to building courses for several levels at each event, having the luxury of building for just one at the Pan Ams has given Eric the opportunity to soak in the experience and the atmosphere with time on his side. He’ll return to Will O’Wind two weeks before the Games to finish some painting jobs and landscaping. “There’s really no building left, it’s just going to be roping, flagging, and dressing,” he said. “The best thing you can do for  a course is stay off of it so it looks fresh and new when it comes time to get the horses running on it.”

Eric is looking forward to seeing another course he built in action, and he’s pleased with how well the design is shaping up. “Wayne has done a really great job with the design, and I think the goal for the Pan Ams is to further Canadian sport. I think this course will do what it needs to do and represent Canada well.”