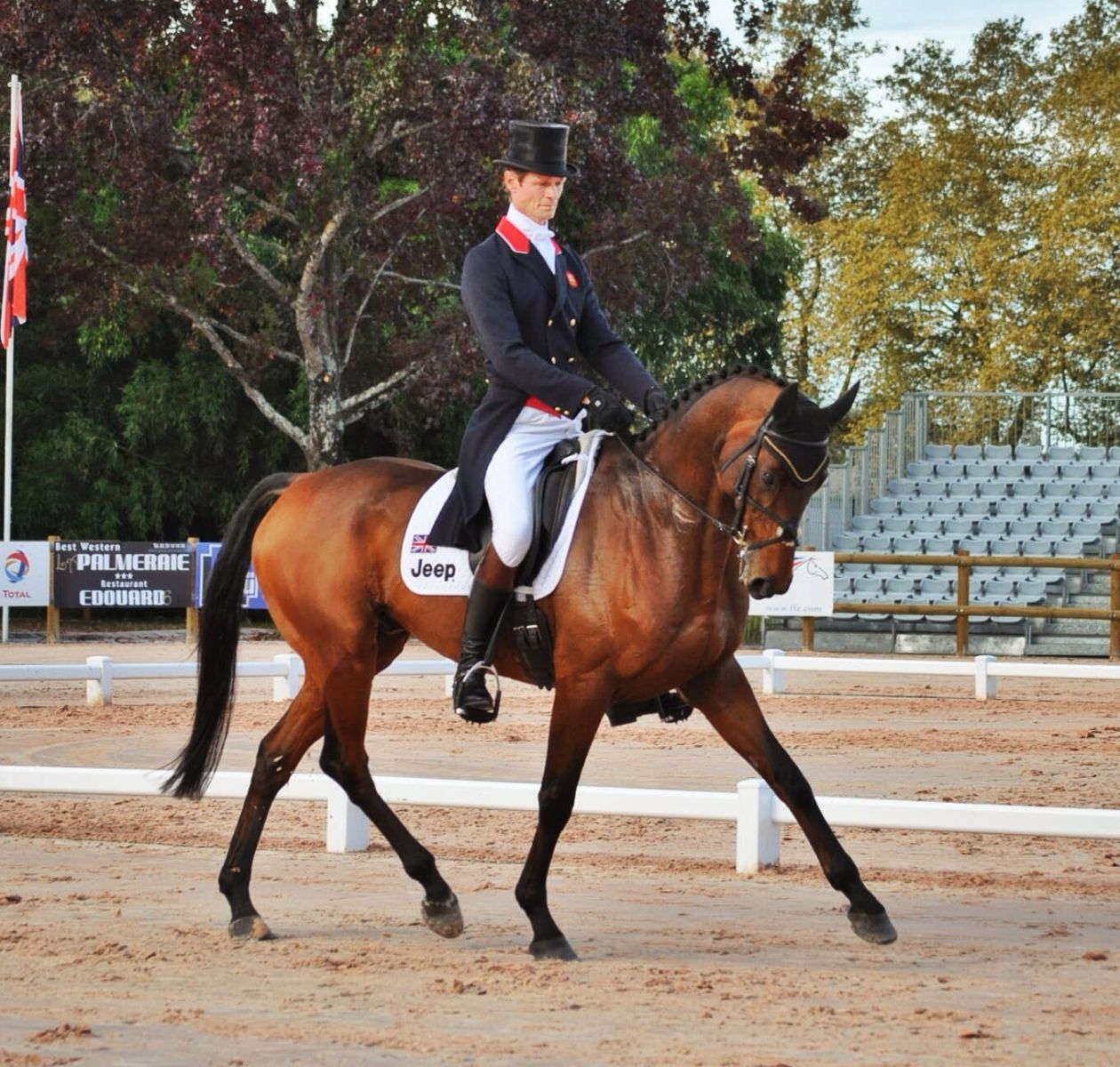 Day one of dressage here at Pau has concluded, and the leaderboard is mostly filled with familiar names, but also interspersed with some new combinations. Unsurprisingly, William Fox-Pitt is dominating the event so far, with both of his rides placing above all other horses. Andrew Nicholson is close behind, tied with Neuf Des Coeurs on his Rolex 2013 winner Quimbo on a 43.2. Our American contingent is led by Hannah Sue Burnett on the wonderful Harbour Pilot, who had a smooth and accurate test for 45.7 and fifth place overnight.

After watching all of the rides today, I found that the best scores were rewarded to those who moved with energy, but maintained their accuracy. A large percentage of the tests today were lacking impulsion, and missed the pizazz that really pulls out the big points. Perhaps we can blame it on the seasonably warm weather, but I thought a lot of horses looked like they could use an energy drink, so I hope they wake up by Saturday! Lower frames were also not tolerated, as I saw several lovely, mistake-free tests that were scored much lower than expected due to the horse carrying itself in a less advanced frame. 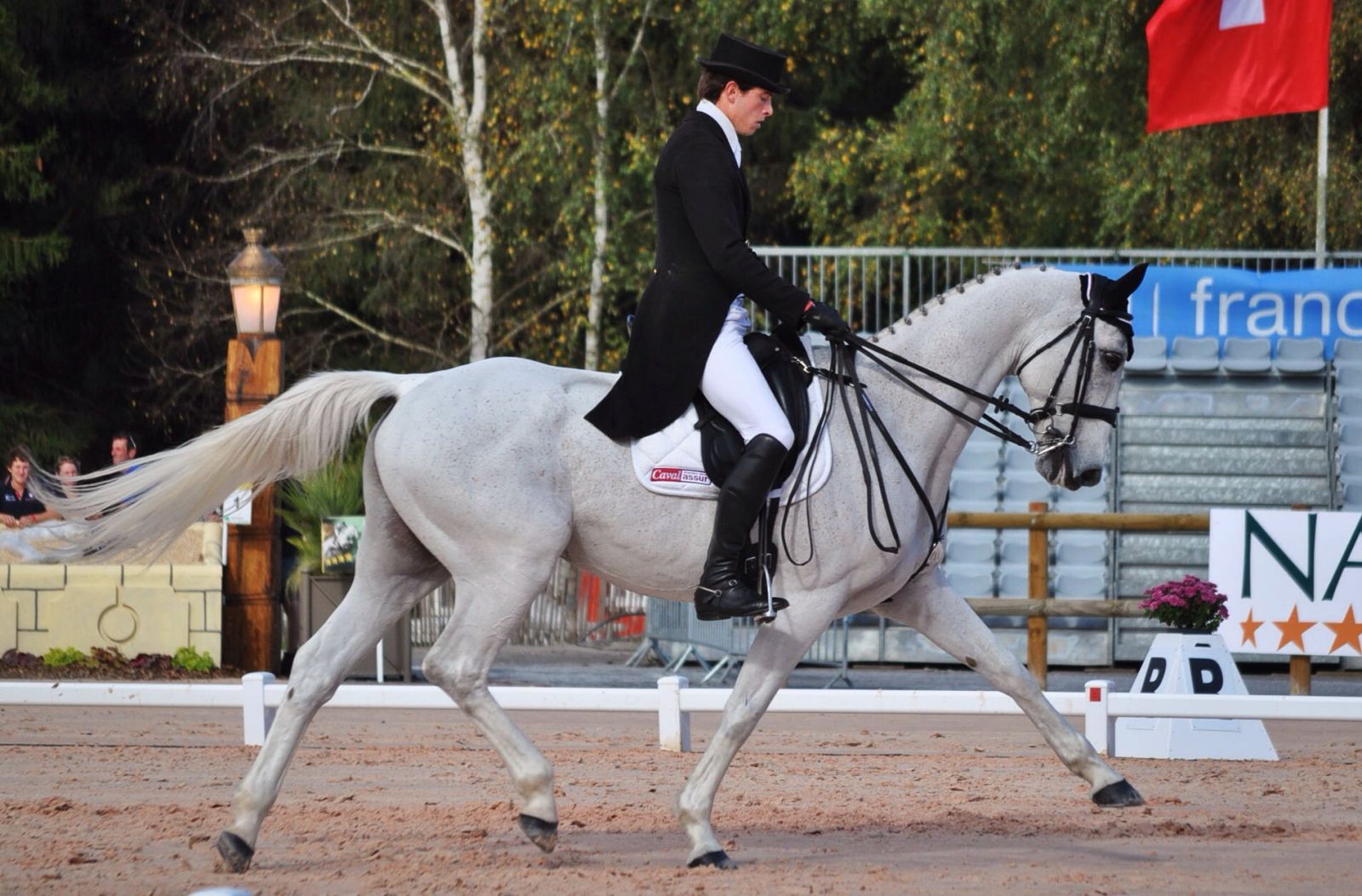 My favorite test of the day came from French rider Maxime Livio, riding his small, unassuming Anglo-Arabian gelding, Cathar De Gamal. This pair is competing in their first CCI4* together this weekend, and they came in the ring and blew them all out of the water. The horse was completely quiet the entire test, yet had the perfect amount of energy, and the transitions within the gaits happened in the flash of an eye. Their changes were flawless, and as double coefficients, there were many riders who lost points during those movements. The horse is the perfect size to just bounce around this weekend, and I hope to see them stay on the leaderboard.

Team USA has had a good start to the competition, standing our ground in the rankings. The French are incredibly welcoming to all of us, and even tolerate my attempts to recall high school French language skills (when I can’t order my food, they just let me have tastings to decide). We obviously have a lot to learn from them in the fashion department, as I saw two horses covered in equine body glitter for their dressage tests — quite stunning! 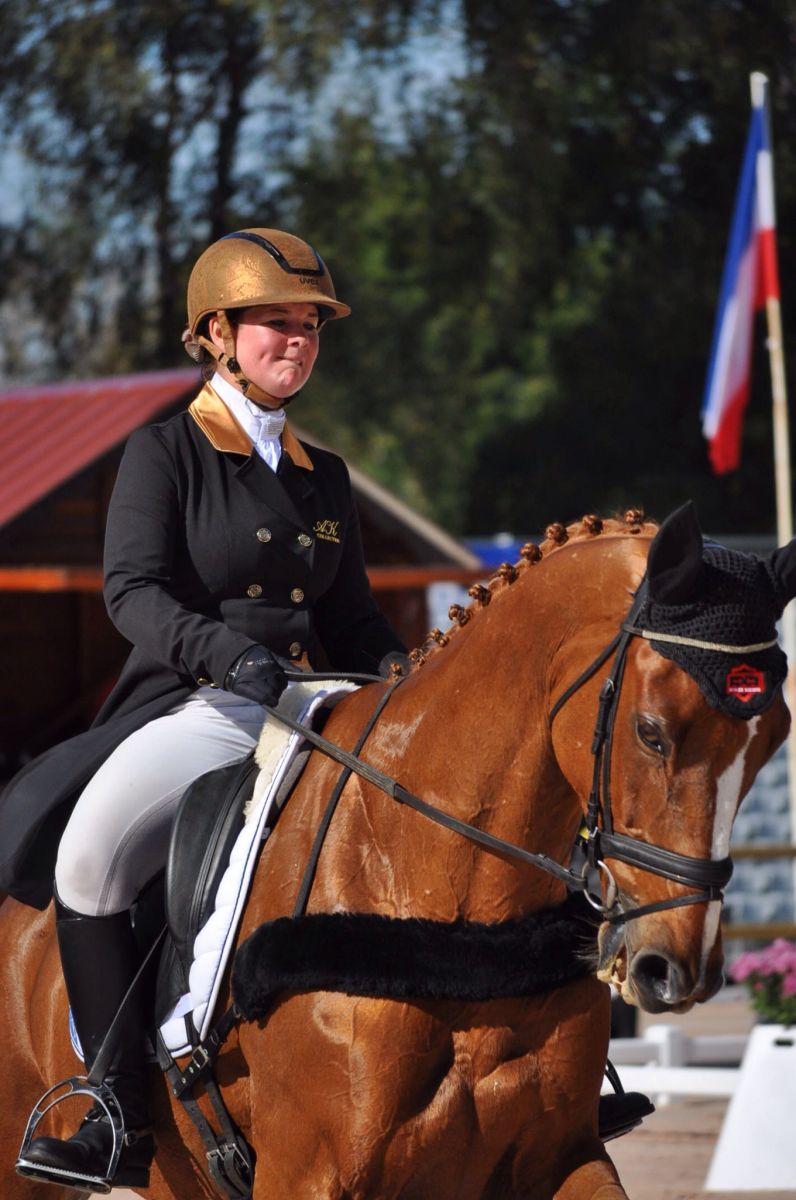 We had private interviews with both William and Andrew following the end of dressage, and they both agreed that they had good days (although William was kind enough to Jenni to elaborate a little more than Andrew) and thought that their horses performed to the right standard. When asked about the cross country course, they also had similar answers. While the course has plenty to accomplish, the beginning is much softer than it has been in years past, letting the horses and riders get into a groove a little easier. William and Andrew both mentioned the final water complex, which comes late in the course and features five jumps on an S bend with very forward related distances, a favorite tactic of designer Pierre Michelet. I’ve included the interviews below for your viewing pleasure.