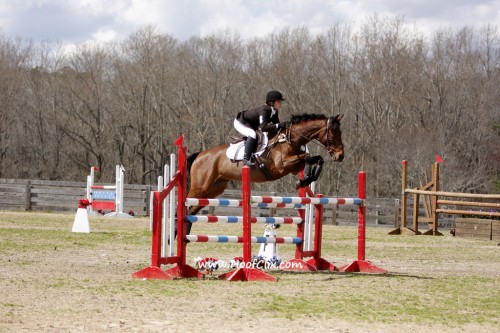 In 1990, a bay thoroughbred colt was born, and registered as General Rollick. His racing career was short, bursting out of the gate only three times, and finishing at the back of the pack with every effort. However, this was good news for the Eventing world, because it gained an incredible thoroughbred legend who was positively made for the sport.

Renamed as Arrow, the gelding quickly took to Eventing, competing successfully at Preliminary in his five year old year with Margaret McIntosh. In 1996 he completed his first FEI event, with a CCI*, and proceeded right up the levels. In 1997 Margaret and Arrow moved up to Intermediate, and completed a long format CCI2*. In 1998, they moved up to Advanced, and completed a CCI3*.

In 1999, Arrow changed his rider to Graeme Thom, who was the future Canadian Chef d’Equipe, but at that time a competitor himself. Arrow was kept in training with Bruce Davidson in Pennsylvania, while Graeme commuted from his job in Canada to his horse every weekend for competitions. Together, they completed three long format CCI2* events, two long format CCI3* events including Blenheim 2003, and countless Advanced horse trials.

In 2004, Arrow and the master himself, Bruce Davidson Sr, ran the Rolex CCI4* long format, for their one and only competition together. Arrow finished 13th, with only some time to add to his dressage score. In 2005, Graeme and Arrow were reunited for the Jersey Fresh CCI3*, but ran into trouble while jumping into a water combination that caused a lot of falls throughout the day. Arrow busted up his knee pretty badly, and while treating the injury, it became infected and resulted in some very extended time off for the gelding. 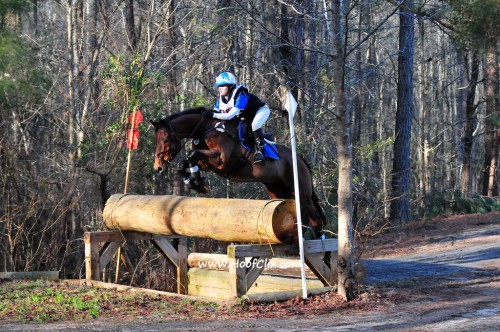 After two years off, and at the age of 17, most horses would have been considered a good retirement candidate. But not Arrow. Alex MacLeod was out at Bruce’s farm one day, searching for a horse with at least Preliminary experience, but certainly not one this old. “I tried a few other horses, but I couldn’t afford the really nice ones,” explains Alex. “Bruce liked the way I rode so he showed me Arrow. He put the jumps up really big and Arrow just jumped all of them no problem.” Both Alex and her mom fell completely in love with Arrow, and with the vet’s blessing, they bought him and took him home.

However, as it is sometimes with horses, Arrow managed to strain a hind suspensory just five weeks after Alex bought him in 2007, and he spent the rest of the year recovering from that. In 2008, after a positive vet check, Arrow returned to work, sounder than ever. The pair competed at Training in the spring, and moved up to Preliminary in the fall. Arrow taught Alex the ropes, and gave her incredible confidence on cross country as he easily navigated all of the questions.

In 2009, Alex qualified for the NAJYRC by placing 2nd at her first CCI* at the Virginia Horse Trials. Elated, she took Arrow home to prepare for Kentucky. “I was turning him out in the field three days after Virginia,” says Alex, “and he whipped around as I took his halter off, scooted out the open gate and took off!” Arrow slipped on the driveway and fractured his pelvis. The prognosis was  not good, as their vet gave them a 50/50 chance that Arrow would ever be able to be ridden again.

Alex and her mom were diligent in his rehab, as Arrow was relegated to stall rest for three months. He was not allowed to leave the stall at any point, not for grass nor a bath. Slowly they brought him back to walking short distances, and in the spring of 2010, the x-rays of his pelvis were miraculously clean. Arrow had beaten the odds once again and recovered fully. 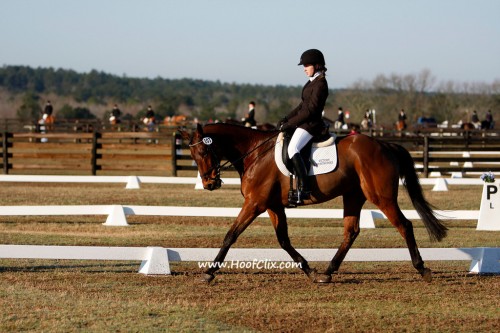 Alex’s coach Kate Chadderton helped the pair move up to her first Intermediate was on Arrow in March of 2010 at Full Gallop HT. They won the division, and proceeded to compete a few more times at that level before finally fulfilling the dream of competing at NAJYRC in Kentucky. Despite his 20 years of age, Arrow completed the event with only some time penalties on cross country to add to his dressage score.

After that, Alex decided to have one last hurrah with Arrow, and compete in her first 2* at the Plantation CIC2*. After an amazing cross country round, Arrow just wasn’t quite right in the morning, and they were sadly unable to complete. Figuring that at his age it wasn’t worth it to force him into stall rest for yet another time, Alex turned him out in a field, where he comfortably rested until February of 2011.

“We jogged him in February and he was dead sound,” says Alex, “He wasn’t really enjoying complete retirement, so now my mom has the ride and she competes him at Beginner Novice and Novice. She even manages to get time penalties on cross country because he canters so slowly for her!” Arrow has retired to the good life of the lower levels where he still has a job, but it is kind to his body at age 23.

“He’s such a quirky horse, he’s good 98% of the time and then he has a 2% naughty streak. He was so perfect for me to do my first Preliminary, my first CCI*, my first Intermediate. I never had a single worry on cross country, I would just point his head between the flags, and like a little arrow he just goes.”