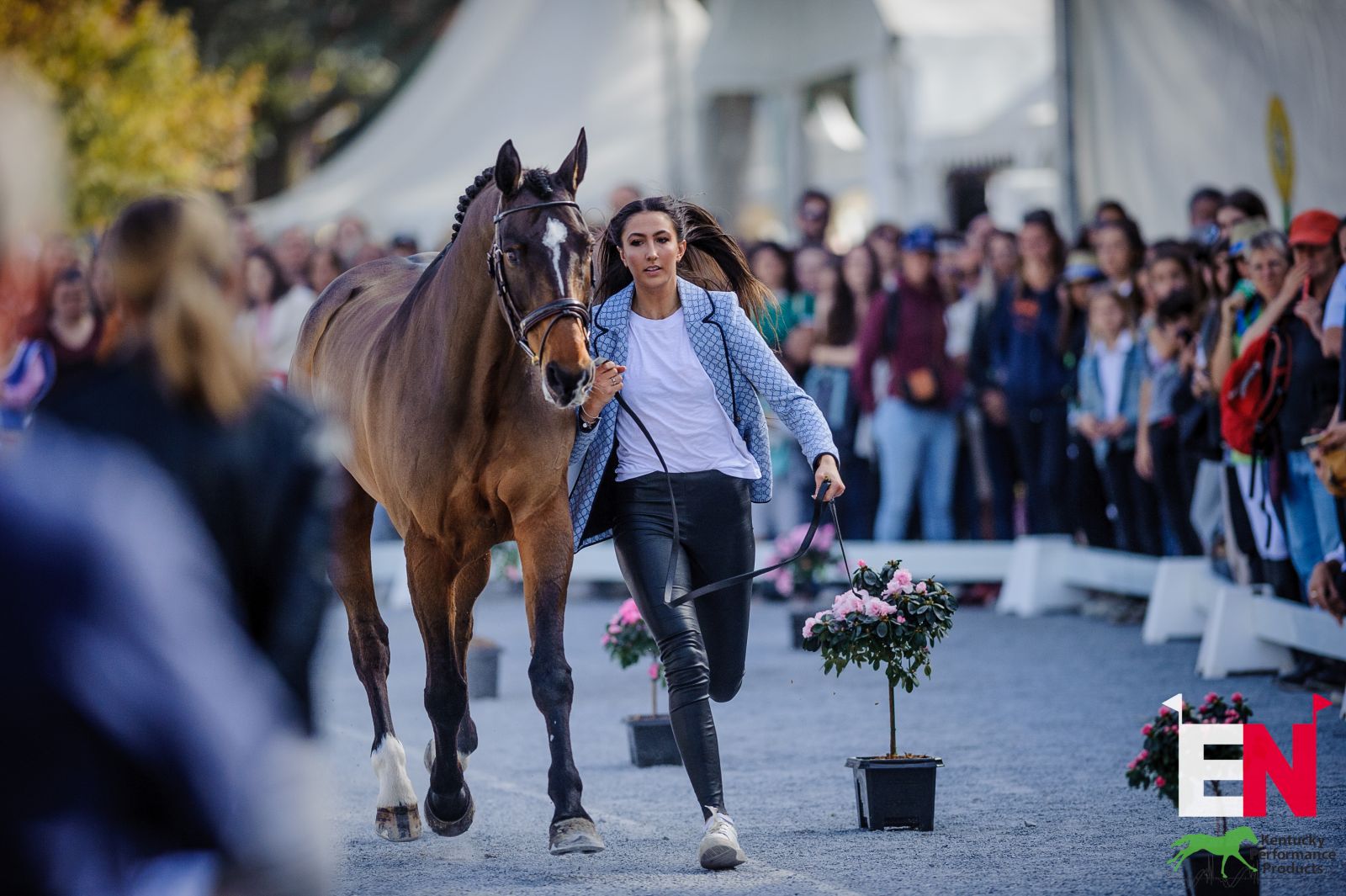 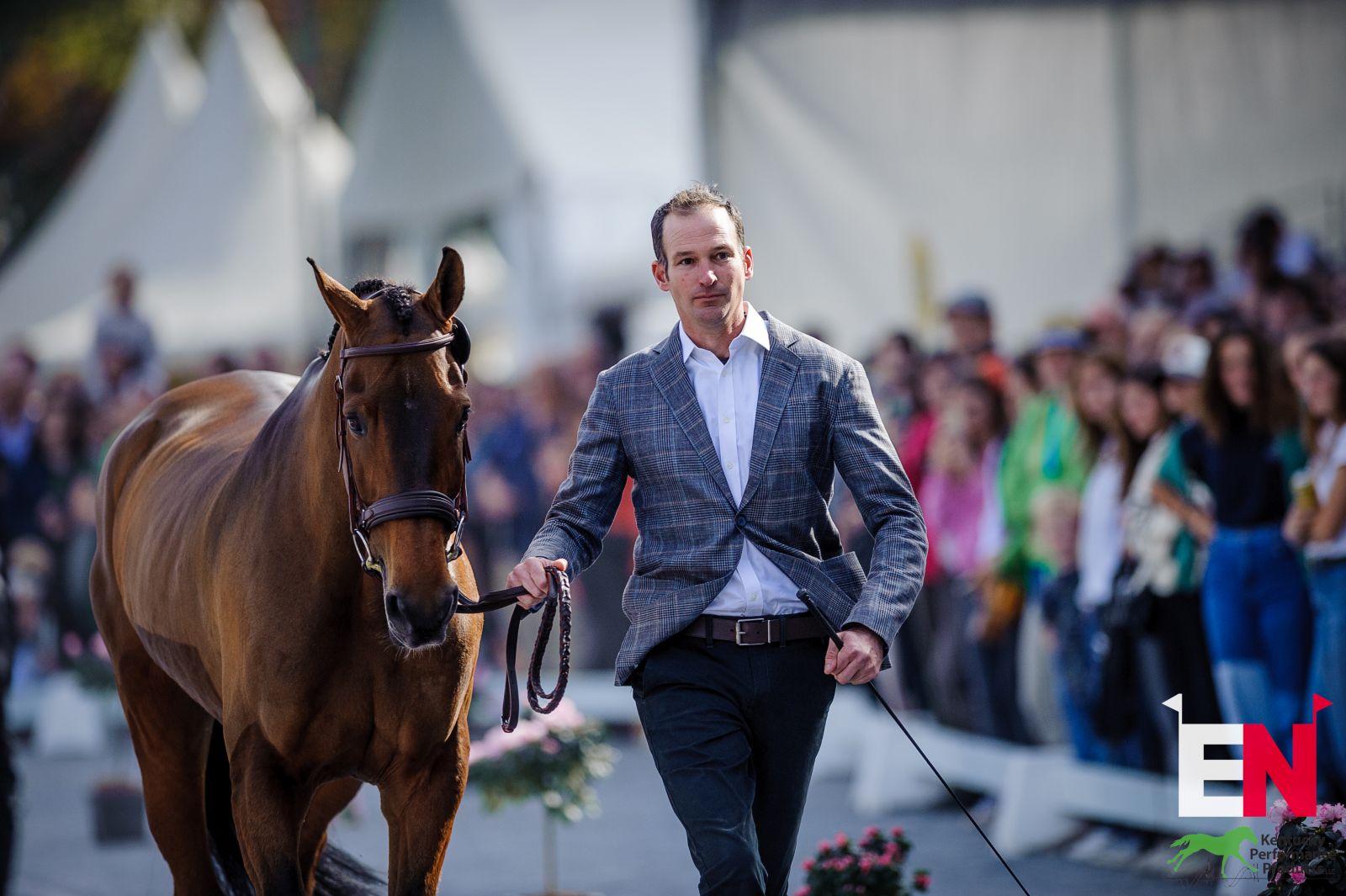 Four horses ultimately went to the holding box, with two of those returning for a successful re-presentation: Italy’s Pietro Sandei and his stalwart Rubis de Prere (28th) and the USA’s Matt Flynn and Wizzerd (30th) were given the go-ahead, while British debutante Xanthe Goldsack was first asked to trot again with a looser rein in her initial presentation of Hi Tech, then sent on to the holding box. She opted to re-present, but was sadly eliminated — likely an aftereffect of a lost shoe on course yesterday, where she was clear but with 48.4 time penalties for overnight 34th place. Her fellow British rider in the holding box, five-star barrister Max Gordon and his Redwood Clover (35th after cross-country), chose to withdraw, which marks the second time that the pair have seen their five-star end on Sunday morning. 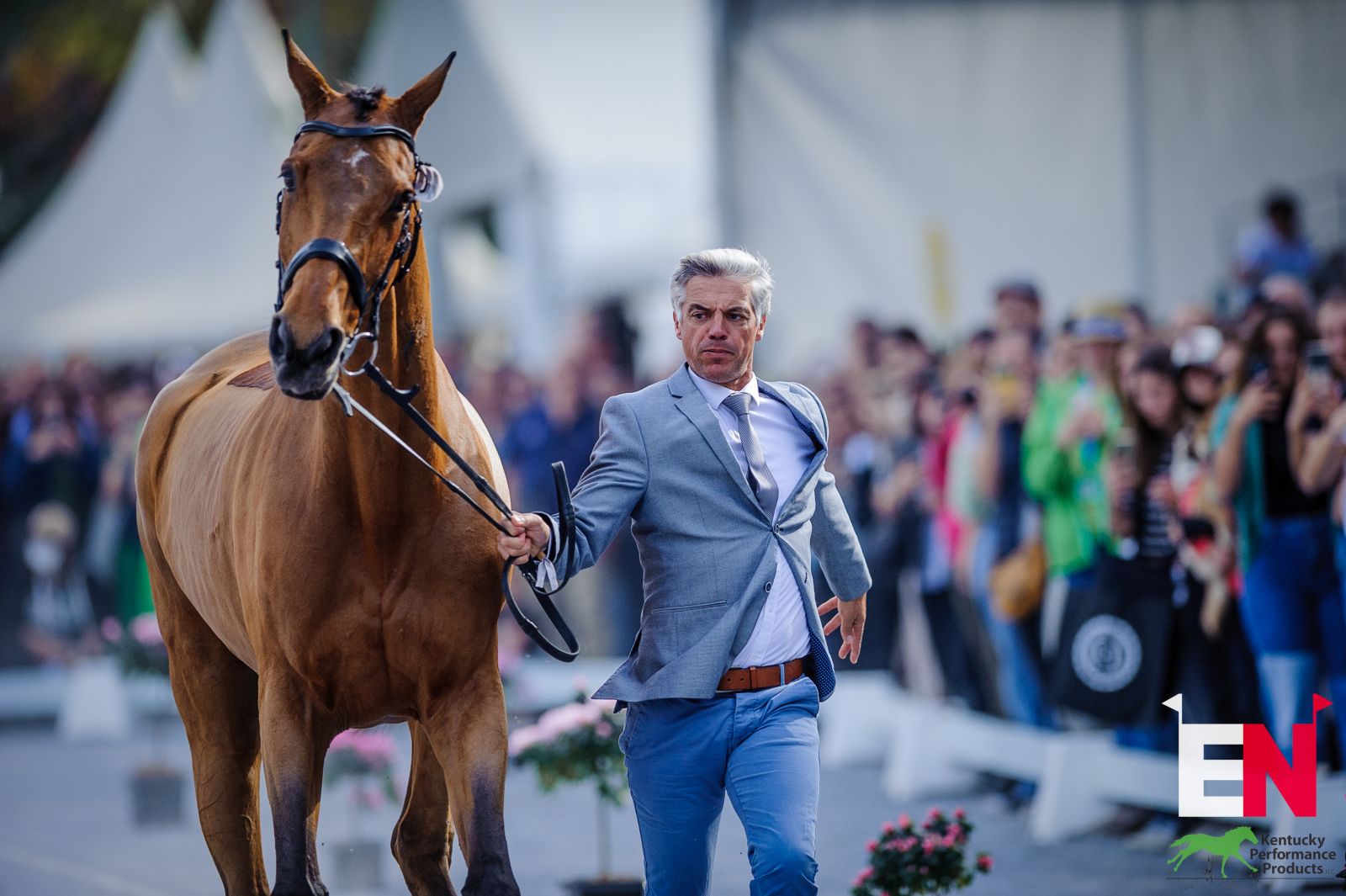 Two further horses were asked to trot again immediately in their initial presentation, both as a result of some misbehaviour on the jog strip: both third-placed Karim Florent Laghouag and Triton Fontaine and Harry Meade and Tenareze (26th) had a job on their hands to deal with the huge atmosphere from the packed grandstands, but both were given the nod after those cursory second trot-ups. 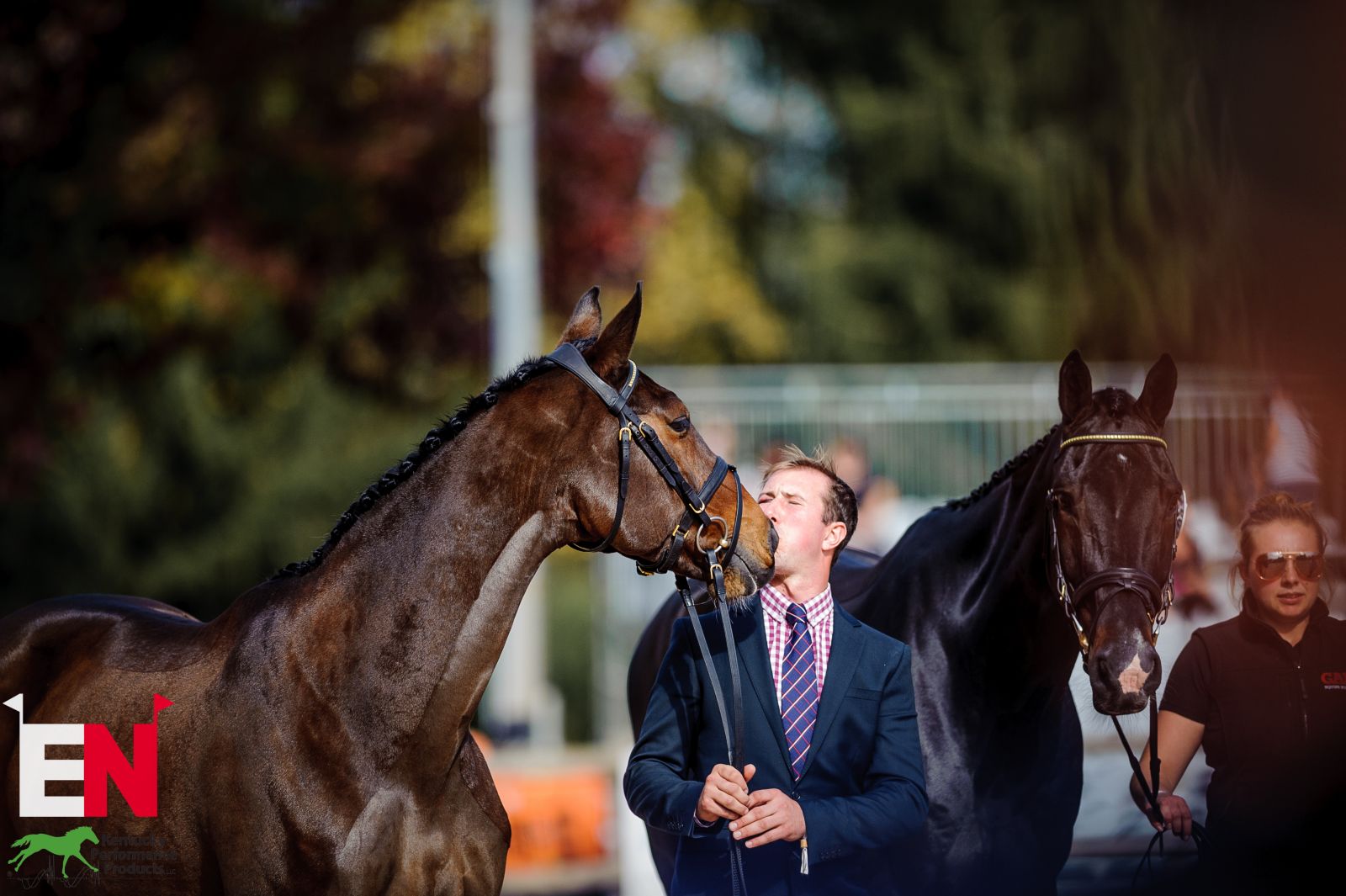 Here’s another look at the top ten going into this afternoon’s showjumping finale, which commences from 3.00 p.m. local time (2.00 p.m. British/10.00 a.m. EST). With less than a rail separating the top five, and with Pau’s reputation for building the toughest five-star showjumping courses in the world — there’s just a 17% average clear rate here — it’ll be a seriously exciting bit of sport: 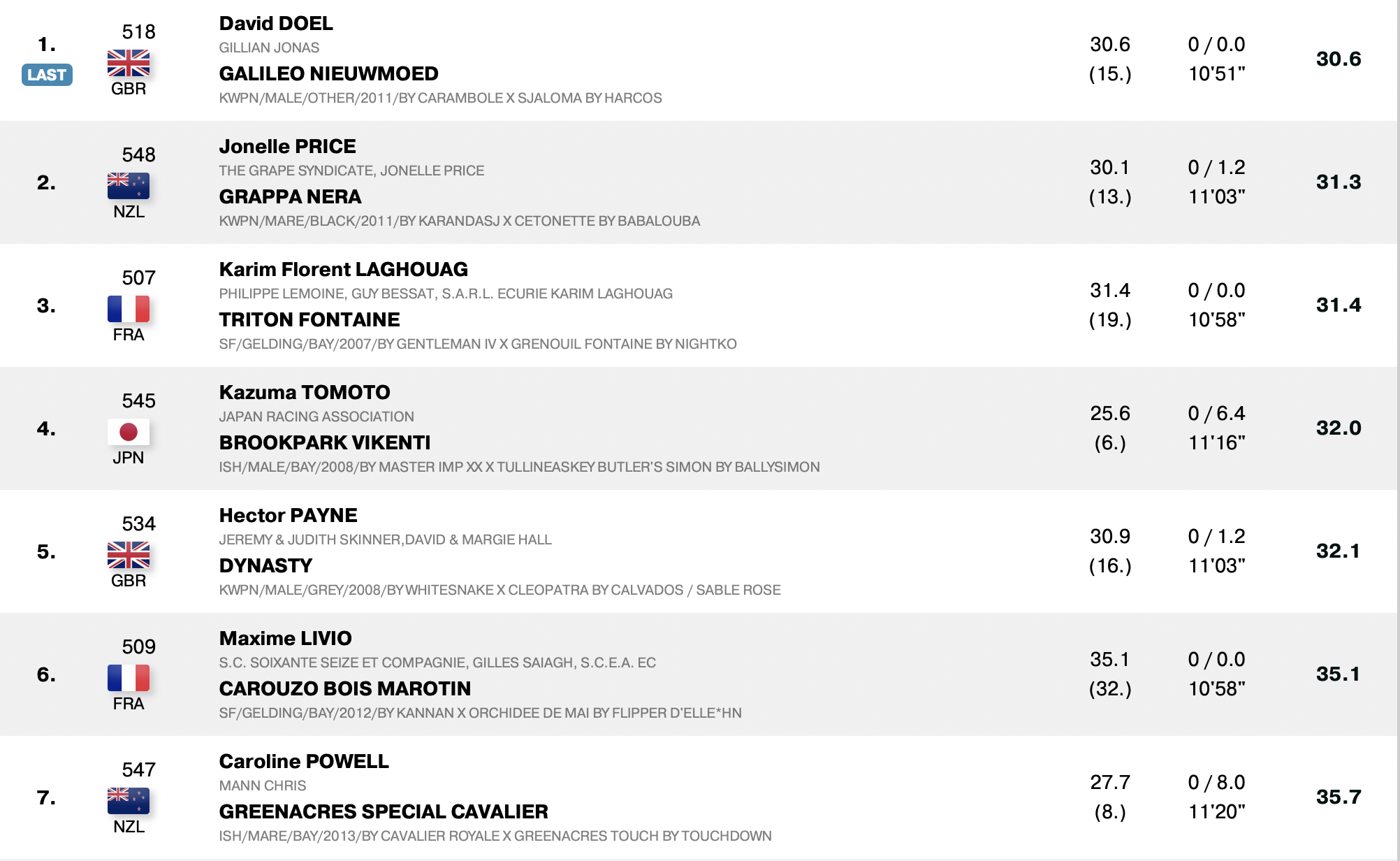 The top ten after an influential day of cross-country at Pau.