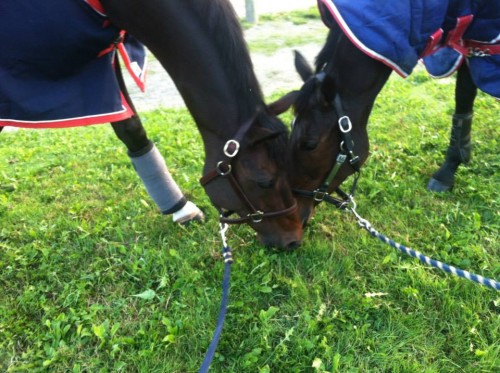 Dressage has concluded at Pau, and no surprise should be felt to see Lucinda Fredericks closely pursued by three William Fox Pitt mounts to round out the top four. Our own Phillip Dutton and Mr. Medicott stepped up to the challenge for the US today, scoring a 44.2 to lie in 7th going into cross country. 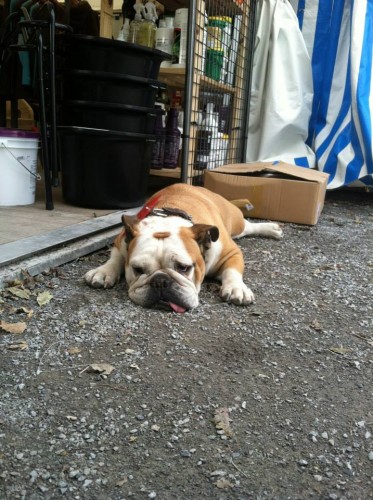 The horses and riders will look to run a clean and fast cross country round tomorrow. The Europeans (and a New Zealander!) may have a stranglehold on the dressage leaderboard, but a good cross country designer will ensure that the standings are shaken up a bit! 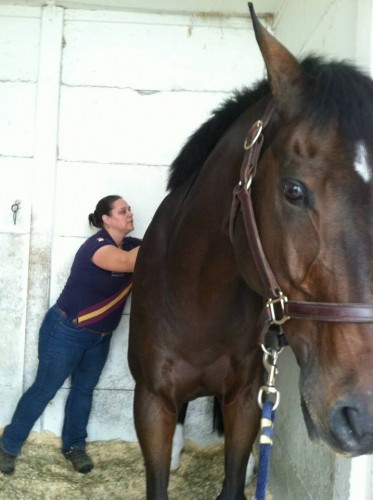 Donner enjoys a massage in preparation for his cross country round. Photo via Alison Willaby's Facebook. 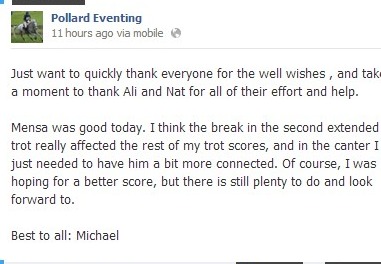 Michael weighs in on his time in France thusfar.

We can’t forget that Joanie Morris’ birthday was on Thursday, so team USA was sure to celebrate properly. We can’t begin to thank Joanie enough for all she has done for the eventing community during her time with the USEA, and a good party was definitely a necessity! 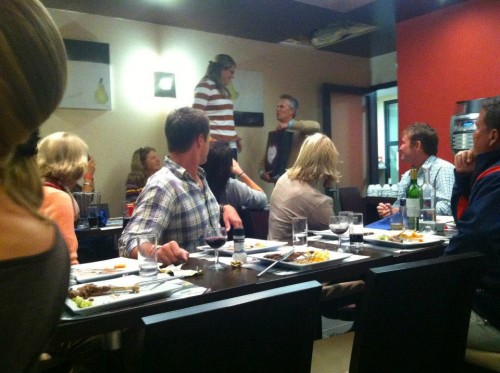 Twitter was all abuzz today with news on the quality of the live feed (good, from what I am gathering) and the daily watching routines by various fans from around the world. 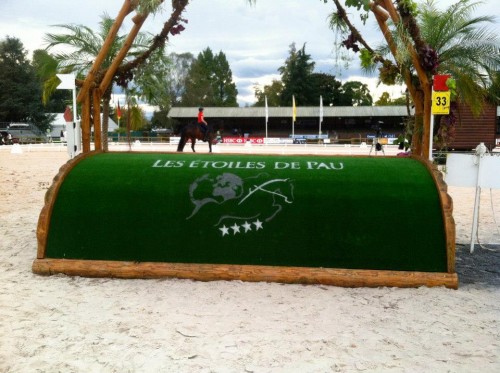 The next round up will be brought to you post-cross country. Until then, good luck to all riders as they set out across country, and, especially, Go North America!