While news of cancellations were swirling, competitors at the Pine Top Spring H.T. were busy enjoying a picture perfect day of going. All Intermediate and Preliminary divisions ran Friday in a one-day format. We round up the results. 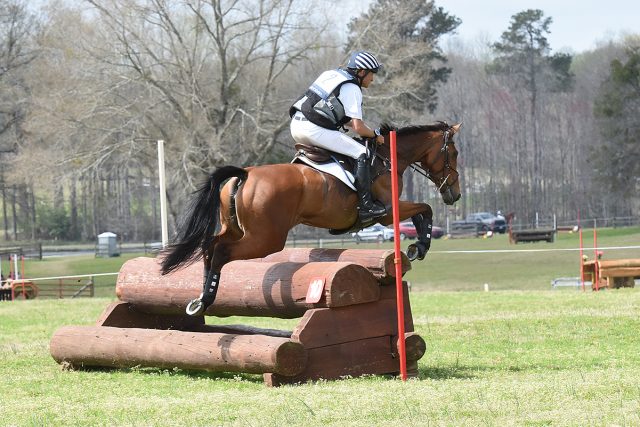 Boyd Martin and On Cue. Photo by Shelby Allen.

Boyd Martin won the Open Intermediate A division with On Cue, a 14-year-old Anglo European mare (Cabri d’Elle x On High) owned by Boyd, Christine Turner, Thomas Turner, and Tommie Turner. Earning a 29 on the flat, their only faults were 6.4 time penalties on cross country for a final score of 35.4.

Ryan Wood was second with his own Rembrandt, a 12-year-old Thoroughbred (Galouet x Last Rose of Summer), adding only 3.2 cross country time penalties for a final score of 35.7. 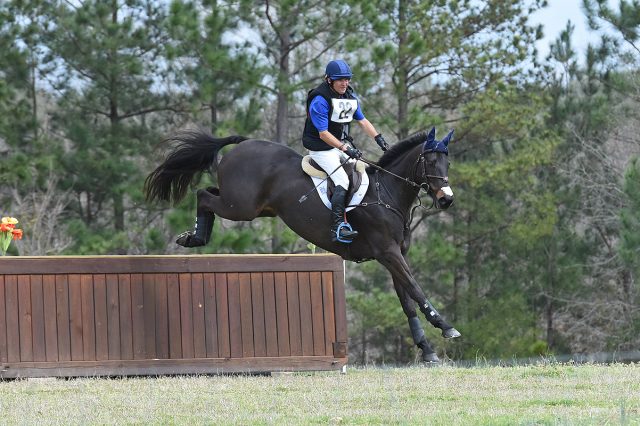 Phillip Dutton was third on a score of 38 with Fernhill Pick Pocket. 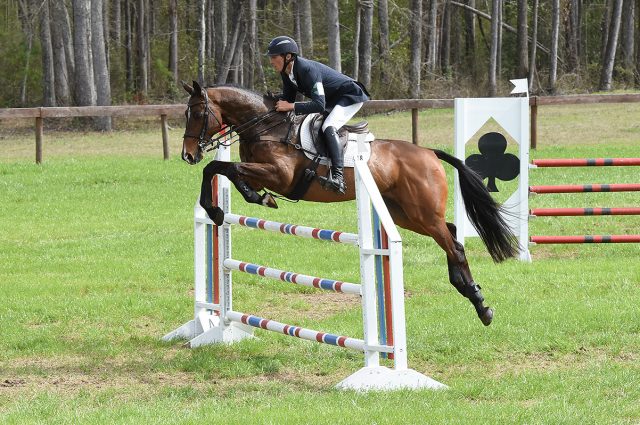 Open Intermediate B was topped by Daniel Clasing and Greek Empire. Produced through the three-star level by Katie Ruppel, the 10-year-old Thoroughbred (Dr. Caton x Pretty Gal) finished two seconds over the six-minute optimum time for a winning score of 32.2. 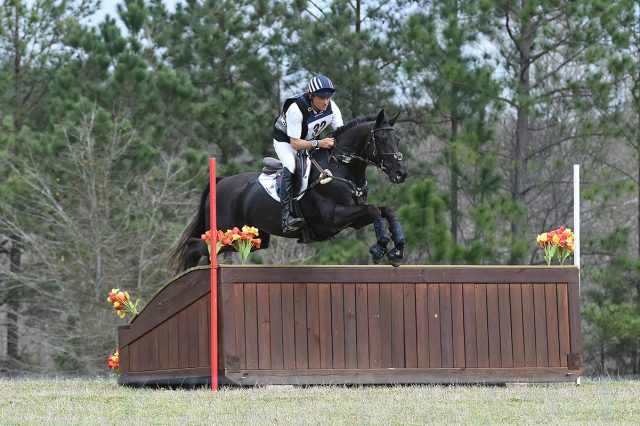 Boyd Martin took second and third in this group with Long Island T and Tsetserleg, respectively. The Long Island T Syndicate’s 14-year-old Oldenburg/Thoroughbred (Ludwig von Bayern x Haupsbuch Highlight) finished on a score of 36.7, and Christine Turner’s Tsetserleg had a score of 38. 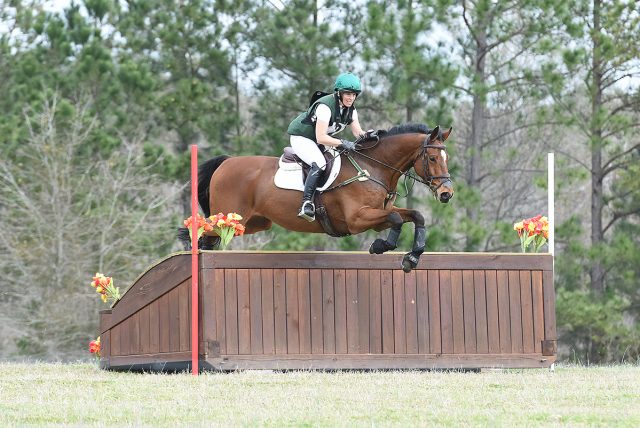 Canadian eventer Nicole Parkin claimed the Open Intermediate C division with her own Lander. She and the 9-year-old Belgian Sport Horse (Esprilio x Davina) rocked around Jeff Kibbie’s cross country track inside the time for a final score of 38.3. They was one of only two Intermediate pairs to achieve this feat. Elizabeth Bortuzzo and Belongs To Teufer, who were fifth in the A division, were also fast enough for this distinction. 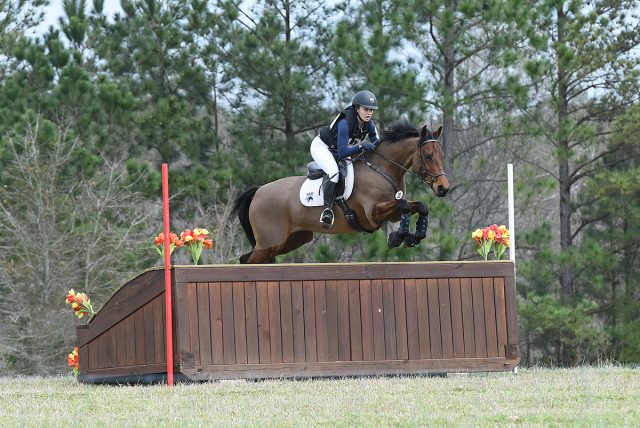 Alice Roosevelt and Fernhill Zoro, a 12-year-old Anglo European gelding (Verdi x Oronia 2, owned by Alice and Simon Roosevelt, finished second on a score of 40.3. Isabelle Bosley and Night Quality were third after adding 10.4 time penalties for a result of 43.5. 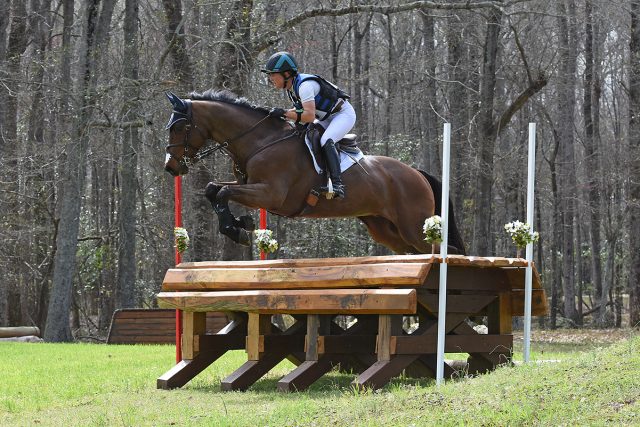 Ashley Adams and Charly, Ashley and Roderick E. Stuart’s 7-year-old Westphalian (C-Trenton Z x Cora Lou), were the winners of Open Preliminary A, finishing on their dressage score of 27.8.

Elizabeth Bortuzzo won the Open Preliminary B class on her dressage score of 26.1, the lowest finishing score of the day, aboard Royal Archie, John Witte’s 7-year-old Thoroughbred (Archarcharch x Royal Trips). This is the pair’s second Preliminary win of the season at Pine Top. 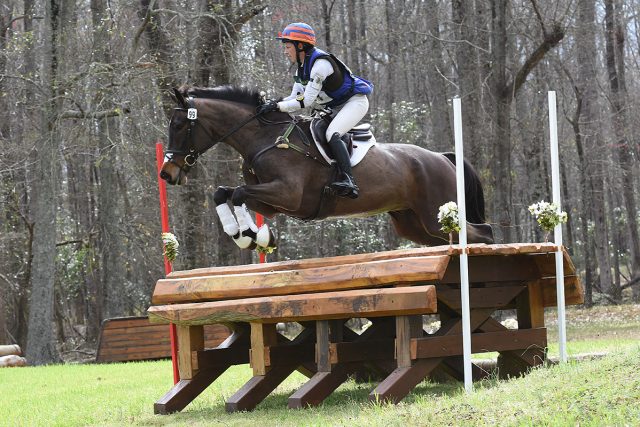 Many thanks to Glenn and Janet Wilson and their team for putting on a beautiful event. Good luck to all competitors riding over the next two days. 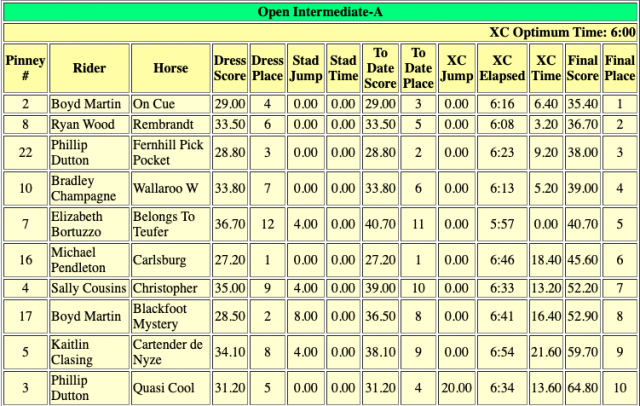 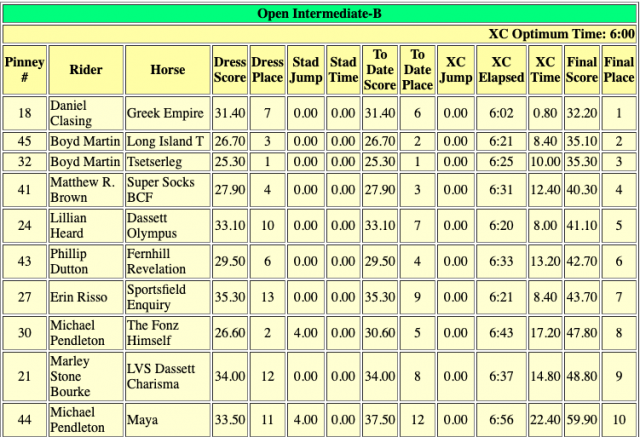 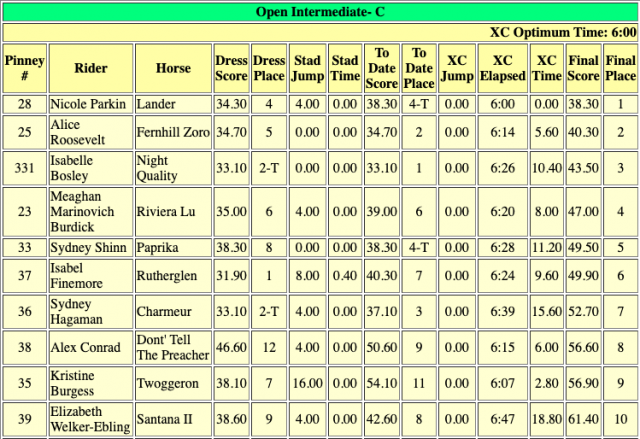