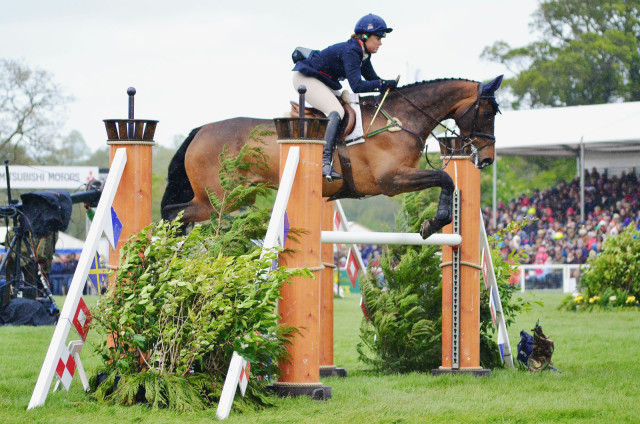 A second rider has made the tough decision to withdraw from the British WEG Eventing Squad, Horse & Hound reported this morning. Pippa Funnell’s mount, Billy Beware, is currently undergoing testing to get to the root of an issue that was causing some lameness after a run at Aston le Walls about a week ago.

According to Horse & Hound, the tests have come back clean so far, so veterinarians are still working to find out the cause of the lameness. This is an unfortunate withdrawal for Team Great Britain. Pippa is one of the most successful and decorated event riders of all time, and she has represented Great Britain on multiple championship teams.
Billy Beware successfully completed a tough Badminton course this year, finishing in sixth place after going clear with time on a cross-country course that claimed more than a few victims. Pippa has had the ride on the 2004 British Sport Horse since 2010 and has enjoyed much success with him.
With the earlier withdrawal of Izzy Taylor and Allercombe Ellie, the replacements are expected to be named shortly. Both Harry Meade and Gemma Tattersall have been named as reserves for the British team.