In the wake of an EF-1 tornado that ripped through Stable View Farm on Feb. 6, many thousands of dollars worth of damage to the farm’s temporary stalls and parts of the cross country course were left in its wake. Despite the damage, Stable View pressed on and held their first dressage show of the season which was scheduled for that weekend. With the help of the Aiken community, Stable View has continued to undergo repairs. Barry Olliff, who owns the facility with wife Cyndy, has kindly shared an update on this process. 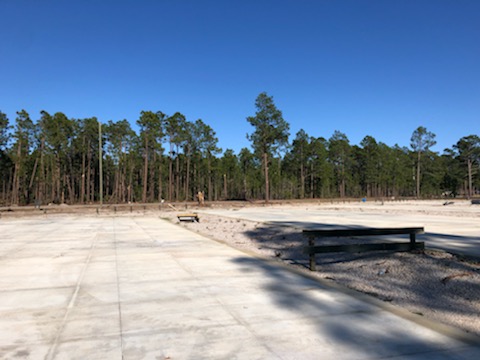 Over the past ten days, well over 100 people have helped with the clean up of Stable View.

While some of these people have been professionals, others have been friends, neighbors, sponsors or visitors to Aiken — some of them are people we have never met.

If this group could be loosely defined as the Aiken community, then it’s a testament to what’s good about this town. There have also been so many telephone calls, messages, emails and other offers of support — it’s very motivating to be a part of this equestrian community.

Over the past ten days 75 longleaf pines were cut up, stumps removed, holes filled, branches cut up and transported for burning. In total we now have 150 longleaf pine logs cut for size and to be used to build jumps. 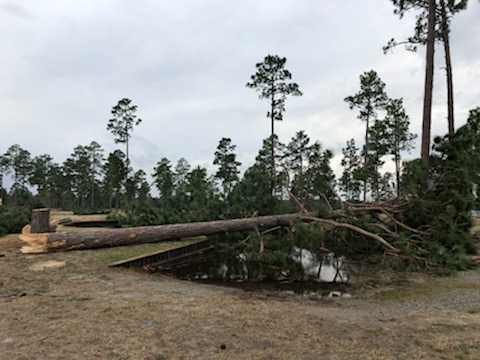 Most of the larger debris from trees covering an area of around 10 acres has just about been cleared, but the final clean up of the old cross country course has been completed today, again with the support of “locals.” For the record, we lost 50% of the trees on course.

The 100 L.H.Woodhouse/ F.E.I. Stabling stall that were lifted by the 105 mph tornado and scattered over a wide area have been cleared — they filled 16 large dumpsters, which were donated by GL Williams and Daughter Inc. potable services.

We are very grateful that L.H. Woodhouse and F.E.I. Stabling have offered to replace the stalls at cost — for us this is a very generous gesture. The stalls were not insured — they weren’t going to be stolen and surely, they couldn’t burn down? 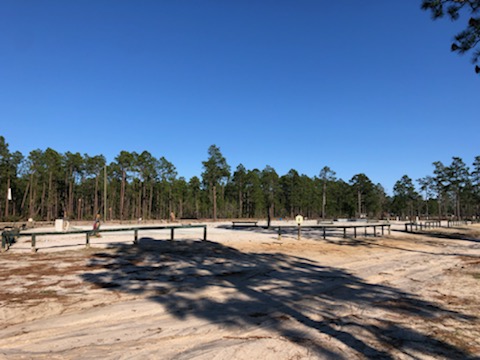 Water and electricity lines are being repaired, and temporary L.H. Woodhouse/ F.E.I. stabling stalls have been offered for our Designer Builders Spring CCI-S on March 27-28th. The fourth of our Rider Lounges, while damaged, has been repaired and will be ready for use at the end of March.

We’d also like to thank those who provided food, snacks, donuts, nibbles and other forms of sustenance — we have been well-fed over the past few days. Most important is the outcome. While the financial impact was significant, as always, there’s room for improvement. Because Stable View is a new facility, there’s no need to redesign, but a few paths and roads will now be wider than previously planned due to downed trees and we have an opportunity to build some really progressive jumps.

Repairs to our tool shed and equipment will have been completed by the end of next week. 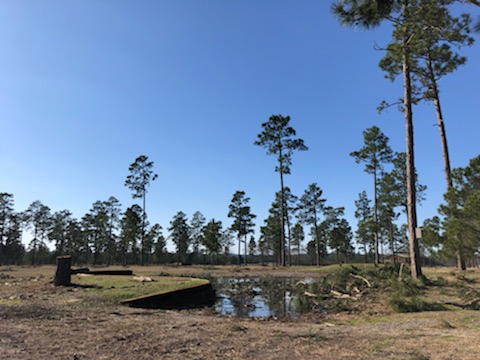 Apart from the combined endeavors of over 100 people referenced above, what else has come out of this (temporary) setback?

We hold L.H. Woodhouse and F.E.I. Stabling are held in the highest esteem.

We have a Tornado Jump and we are also adding an additional Tornado Prize for the rider closest to optimal time in each of the cross country divisions to our prize list for the Designer Builders Spring CCI-S in March.

In summary, and as we close this chapter in the development of Stable View, it would seem that being a private property has its advantages. The estimated support/ goodwill and other donations of time and sponsorship would be difficult to calculate. On behalf of all of us here at Stable View, we are truly grateful — what has been achieved over the past two weeks is a testament to the generosity of not just “locals” but also to the wider equestrian community.