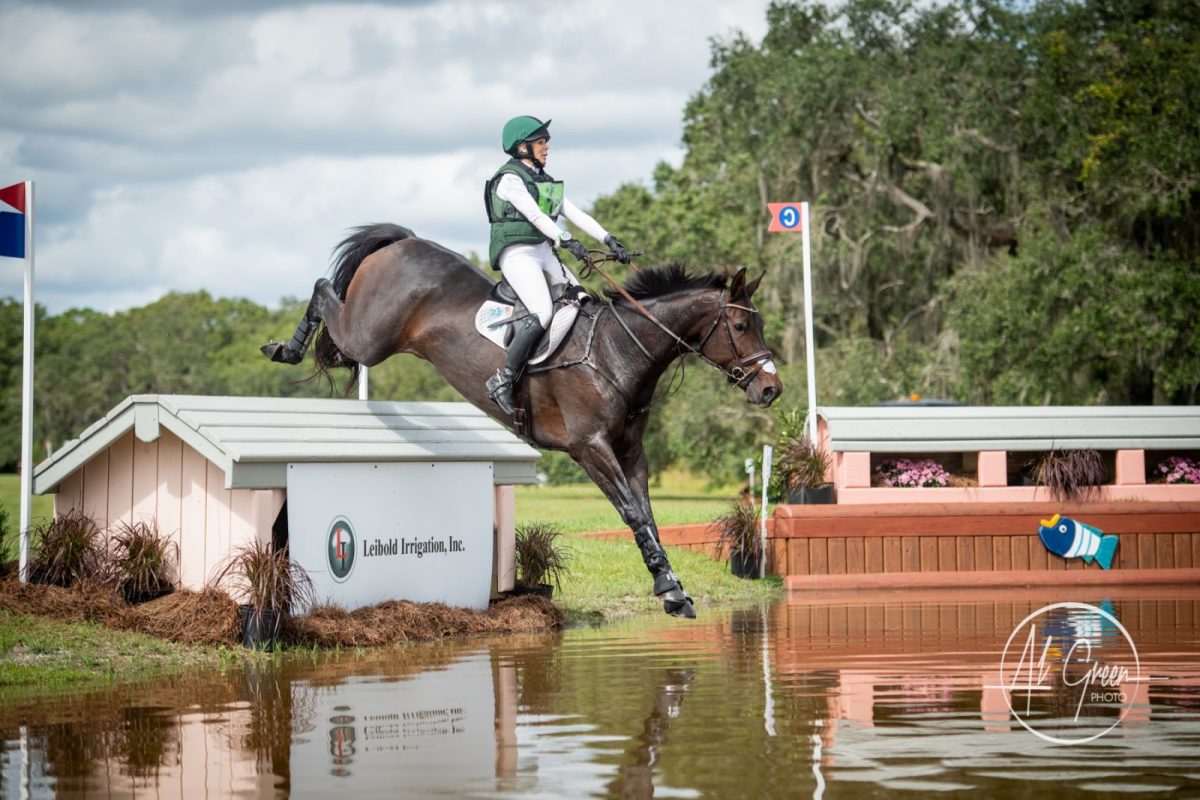 We’re not quite through with the 2022 season! More action awaits as we now head down to Florida for The Event at TerraNova, happening October 21-23 and featuring not only a CCI4*-S eventing competition but also the TerraNova Dressage II CDI4*.

The gorgeous facility, which withstood the full force of Hurricane Ian not two weeks ago, is primed and ready to welcome competitors and spectators alike. The Event at TerraNova makes every effort to engage and benefit the local community, designating local charities to receive donations from the event and offering multiple ticket and VIP experiences for spectators.

We’re pleased to have Amanda Chance heading down to Myakka City to rove around for EN this weekend, but if you aren’t able to join us there will also be a full live stream of the event carried on Horse & Country (H&C+ subscription required).

Here’s more need-to-know ahead of this weekend:

13 combinations will come forward to compete in the headlining 4*-S division this weekend. TerraNova Equestrian is preparing to expand to host a 4*-L — the USEF 4*-L National Championship, to be exact — next year, so riders coming to compete now will get an early glimpse at what’s in the works for 2023.

This year’s 4*-S entry list includes highlights such as:

In addition to the 4*-S, TerraNova is also running National divisions from Beginner Novice through Intermediate as well as FEI levels 1* through 4* — it’s truly an event for everyone!

Presiding over the 4*-S will be Robert Stevenson (USA) alongside Ground Jury members Debbie Adams (USA), Amanda Miller (USA). The 4*-S cross country track is designed by Capt. Mark Phillips, while the other levels have been designed by Mogie Bearden-Muller. 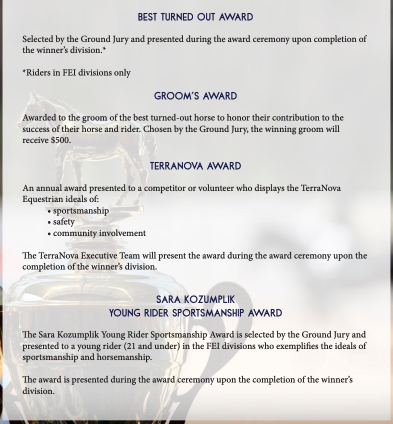 Special awards up for grabs this week include a Best Turned Out for FEI divisions, a Groom’s Award determined by the Ground Jury, the annual TerraNova Award for sportsmanship, safety, and community involvement, as well as the Sara Kozumplik Young Rider Sportsmanship Award giving to an FEI rider under 21 who represents the ideals of sportsmanship and horsemanship.

The Event at TerraNova also runs a robust charity competition, benefitting three local charities, throughout the week; this year organizers have added the opportunity for all riders — not just the 4* riders — to participate in a “team” competition, with the winning team sending the largest check to their designated charity. This year’s beneficiaries are Southeastern Guide Dogs, Meals on Wheels of Manatee, and Sarasota Manatee Association for Riding Therapy (SMART).

Horse & Country is the live stream provider for The Event at TerraNova (as well as TerraNova II Dressage!). Click here to bookmark the main live stream page (H&C+ subscription required).

There are still plenty of openings for volunteers! Click here to sign up and bank some Eventing Volunteers hours.